Review: Loving His Cowboy (His Cowboy #1) by Jess Buffett 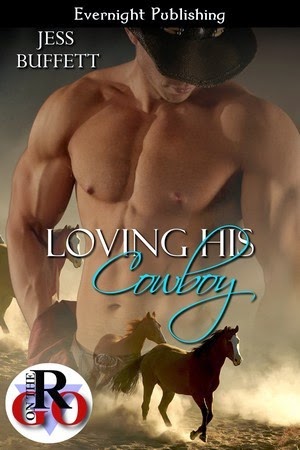 Quinn Bridges has almost everything a man could ask for. He is healthy, his cattle station is doing well, and he just signed a deal of a life time. After a chance encounter with a young man at the pub, he thinks perhaps he has met the final missing piece to his life.
Luc Walker has spent most of his life proving himself to everyone around him. Meeting Quinn changes that as the older man has no idea who Luc really is. Desperate to not change how Quinn sees him, Luc keeps his true identity from him.
But when things fall apart and Quinn discovers Luc’s secret, will he be able to convince Quinn that nothing is more important to him than loving his cowboy?


This is a really nice short and light read. I finished this in less than half an hour as the pace was quite fast and the details of the plot unfolding were right there and ready to be told as soon as the book opens.

This is a love story really, between a young man and an erotic older hero. The young man, Luc, is hiding a secret and Quinn has absolutely no idea that there was even a secret. All he knows is that this young man caught his fancy since the day he first met him and then, when the opportunity struck, he took it. Was he glad he was accepted and they had a blast of a night together. Quite fairy-taley if you as me, but I was in the second chapter and I could not take off the goofy smile. When that end was reached, it was with relief they sorted out their worries and that the drama was not extended to lengthen the story.

There was not much drama going on, and truly, the story  could have been longer but author, Jess Buffett did not tire out her readers with endless details. She narrated some of the events that would lead to a scene and that was that.

The perfect half hour I spent this afternoon. The perfect read to recharge the brain cells.