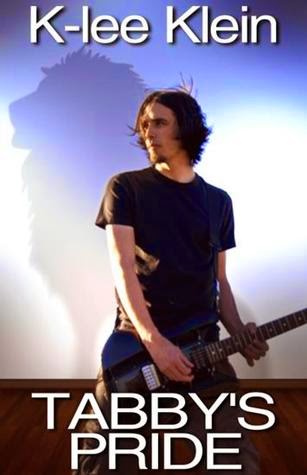 Levi Tabberton has dreamed of being a rock star ever since his brother's best friend, Alexander Morrison, showed him his guitar when he was young. But becoming a member of his boyhood crush's band, Lion's Pride, is even more important.
Growing up, Levi emulated Alexander, and now, years later, that feeling remains when he auditions for the band. Xan is laidback, caring, gorgeous, and takes Levi under his wing—or rather, his paw. But Levi's guilt and insecurity hold him back from letting Xan see the real him.
Levi needs to prove himself worthy of the band and deserving of Xan's attention, but the lengths to which he's gone have left him reeling with anxiety and exhaustion. Levi's not sure how much longer he can pull off his charade to reach his goals and to keep Xan's affections.
Has he made the right choice by putting on an act, or will his dreams fade in a catastrophe of lies and uncertainty?


Levi is the younger brother of Xan's best friend who had died a few years back  for his country. Xan, recognizing Levi as the young Tabby, immediately takes the young man under his care and into his band's heart. Moving into the home of the Lion's Pride band excites yet scares Levi. He has a secret and only his dearly departed mother had known what it was. Was Xan that next person whom he could trust with his deepest secret and still be his friend and lover? Would the rest of Lion's Pride be as good to him when they finally find out the truth?

As the two men's relationship cross over to another level of understanding and love, the secrets they keep get heavier to carry, the lies they commit getting blacker as the days pass. The question left unanswered: will each still love and trust the other when all things are finally revealed?

Tabby's Pride is one of those stories that one can read in one sitting, never thinking to stop, never thinking it would pull at the heartstrings. It satisfies all those deep cravings for romance, erotica and a bit of the ludicrous. This is a shifter story with a twist, but not so much of a twist and until the very end, the author never gave hint to the secret twist that was Levi.

This is a shifter story but it is unlike any other I have read. Ever. Sweetness, claws and guitars are not necessarily a good mix, but in this case, it was a very enjoyable and romantic read. Recommended highly for all those who just want a bit of shifter romance to while their few hours away.

Posted by multitaskingmomma at 12:29 AM