Review: That You Are Here by Meredith Allard 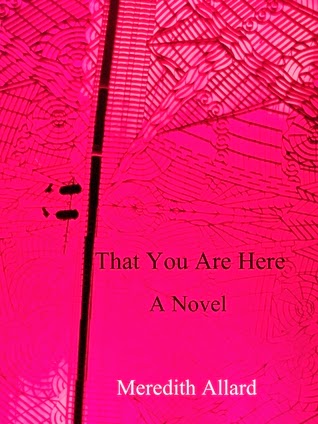 On the outside, handsome, successful attorney Andrew Whittaker has everything in life. On the inside, he has everything too, only he doesn't know it. He hides the love of his life, Mark Bryce, from his family and everyone else where he lives in Portland, Oregon. Soon the weight of the secret becomes too much for Andrew. After wrestling with himself and his place in the world, he must decide how he’s going to live—with or without Mark.


The love story between Mark and Andrew is something we are all familiar with. Andrew is married to his job, driven by the passion of his chosen career, neglecting his partner who makes him whole thinking he will always be there at the end of the day. Complications arise when the truth to their relationship may out him  to his family and co-workers and maybe compromise all he worked hard for. Mark is a a gem of a man, always there, supportive, loving, and understanding. Never giving up on the man he loves and is really his whole world. Both men make huge sacrifices to see Andrew succeed.

Warning to all: contents have zero erotica content. The good news is, even without the erotica, the romance heat level is way up there. This is such a sweet, sweet romance that surprisingly does not even step near  or close to the words sappy, cheesy and morantic. This was purely a love story about two men; how one of them nearly lost himself in the jungle of the norm set by society and his father nearly losing the man who made him whole; how his partner, through sheer force of will, compromise, understanding, patience and a whole lot of loving, gave him a clear way home into his arms.

The story is simple and yet flawless in its execution. It was such a light read and I was honestly surprised to feel this as a short read when it is more than 200 pages long. Despite all the angst and drama going on, it was also surprisingly a happy read. It felt good reading this and I did so in three hours, I was that unwilling to let this go.

So sweet. So sweet.


Posted by multitaskingmomma at 4:37 AM