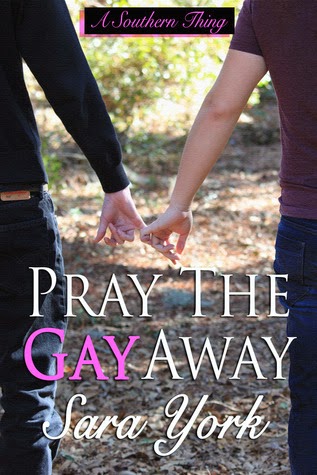 
Star football player, Jack Miller, had it all. The perfect family, looks, girls hanging on his every word, and the respect of most people in his town. But one thing was missing--a man to be his own.
When Andrew Collins showed up in small town, conservative Sweet, Georgia, he looked more scrawny mutt than high school senior. Andrew's plan was to keep his head down and graduate high school, leaving his family behind to start his real life.
When he meets Andrew, Jack thinks he's found heaven, but reality holds him in check until one night when his lips gently slide across Andrew's and fireworks go off.
As lust and something a little deeper brings them together, compelling them to take chances, people start to notice. Then the unthinkable happens, and Jack's parents find out he likes guys. The battle lines are drawn and they vow to pray the gay away. 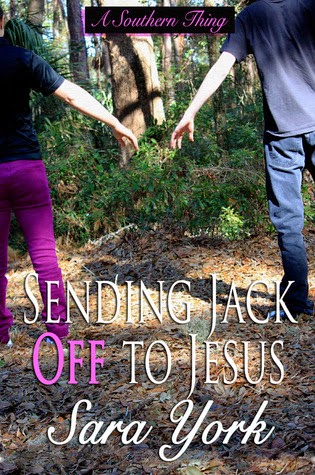 
Jack Miller has more than he could ask for with Andrew as his boyfriend, but it's being taken away from him and there isn't anything he can do. His father knows he's gay, and his mother wants him to have sex with a girl to make sure he's not mistaken.
Andrew Collins has found the perfect home in foster care with Cole and Melinda Kemp, but it won't last. The DA thinks his parents have proven they've changed, but Andrew doesn't believe the change will last.
Just when Jack and Andrew think it can't get any worse, it does. Jack's father sends him to New Life Christian Camp, a program that promises to pray the gay away. But Andrew has it worse than Jack as Andrew's father takes out his anger on him, leaving Andrew near death.
Both Jack and Andrew are lost to each other, their lives in tatters all because their parents wanted to pray the gay away.
Warning: This book contains graphic details, including abuse by physical abuse by adults. 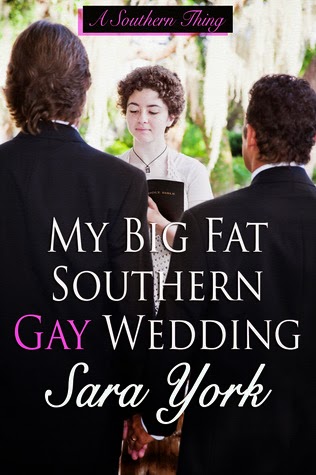 
When he was a kid, Jack Miller thought life would be a certain way, then he figured out he liked boys and not girls, changing the course of his future. Jack has spent the last few years learning that life doesn't always give you what you expect, in both good and bad ways.
Andrew's gone missing and Jack's parents have split. He's made it through high school, but the future is nothing without Andrew. To be complete, Jack knows he needs to find Andrew and bring him home. But Andrew has disappeared.
Lost doesn't even begin to describe how Andrew Collins feels. Homeless and destitute, he's ready to end it all. Thinking that Jack is dead, Andrew returns to Sweet to end his life on Jack's grave. Instead, he finds lies were told that drove him to a path of destruction.
After not seeing each other for almost a year, Jack and Andrew come together, but their problems don't end there. They must work hard to make it to their big fat Southern gay wedding or risk losing it all.
Warning: This book contains dubious content.

A friend recommended this but it took me a bit of time to finally pick this series up. Once I did though, all I could do was just read. I expected a really dramatic YA story, something that would leave me with a heavy heart even when the HEA is reached. This is an HEA, but it takes the author until the third book to tell the story of Jack and Andrew.

Jack and Andrew's story, as told in this series, is kind of a fairy tale. It is written lightly, it is easy to read, and although the drama and romance plot sounded heavy on the blurb, it actually was not. This is the main reason why I could not stop reading these three over the past two days. I could not put the books down and I could not be bothered to think of putting them down. This is written in a manner that can grip your attention and you live the lives of the two young men.

As the blurbs of each book implies, it is rough sailing for these two before they finally get to their wedding. It all starts out like a regular YA angst ridden story, of Jack hiding his homosexuality from his bigoted parents and siblings, hiding the homosexuality of his youngest brother who is transgender. He is the eldest of a brood of ten and he is a very responsible young man, a trait of an eldest child really. When he gets assigned to welcome Andrew into their community, the sense of responsibility is extended over to him as well.

Andrew comes from a not-so-sane family. His parents are practically cuckoo and twisted, hiding their abusive tendencies and actions within the pages of the Old Testament Bible. His situation tugs at the heart of Jack and Andrew is confused why a hunky jock like him would befriend him. When he finds out Jack's secret, it was confusing again, but exciting.

As their relationship moves on, and they get found out, the plot twists and the second book opens. This second book,  Sending Jack Off To Jesus, is probably the lowest point in both the young men's lives. It drives them to the very hell they were cursed at but not because of their love. They were in their hell because they were placed there by their own parents whose need to insist on their own needs and wants and bigotry overwhelmed their logic. However, thinking back, I don't think they were logical in the first place so they were just plain stupid crazy.

The third book, this is the happy book. This is when the two men rediscover each other and move on with their lives. It reaches its climax in the My Big Fat Southern Gay Wedding scene that, as the author noted, was quite dubious. You need to find out by reading the books to know where that doubt comes from.

All the two boys wanted was to have love and be free about it. Their journey to that happiness was not paved smooth. It was more like a treacherous journey, a path filled with hate and bigotry. Their end of the rainbow is reached and we finally get the HEA.

This series should have been mega epic, it should have been mega dramatic and mega angst ridden. It was not. I thought hard about it and finally reached the conclusion that stories like those of Jack and Andrew may be difficult but it does not need to be told roughly and in a heavy handed manner either. Sara York managed to successfully weave a highly sensitive story and came out with a very light read. I honestly loved this, especially as it showed me things that I refused to see before for fear of being scared. The best part is: the whole series did not even leave any bad taste.

Posted by multitaskingmomma at 7:58 PM