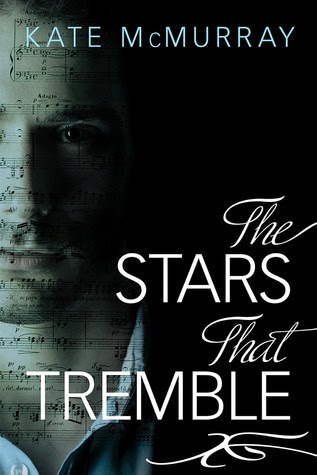 The Stars that Tremble (Stars #1)

Giovanni Boca was destined to go down in history as an opera legend until a vocal chord injury abruptly ended his career. Now he teaches voice lessons at a prestigious New York City music school. During auditions for his summer opera workshop, he finds his protégé in fourteen-year-old Emma McPhee. Just as intriguing to Gio is Emma's father Mike, a blue-collar guy who runs a business renovating the kitchens and bathrooms of New York's elite to finance his daughter's dream.
Mike’s partner was killed when Emma was a toddler, and Gio mourns the beautiful voice he will never have again, so coping with loss is something they have in common. Their initial physical attraction quickly grows to something more as each hopes to fill the gap that loss and grief has left in his life. Although Mike wonders if he can truly fit into Gio's upperclass world, their bond grows stronger. Then, trouble strikes from outside when the machinations of an unscrupulous stage mother threaten to tear Gio and Mike apart—and ruin Emma's bright future. 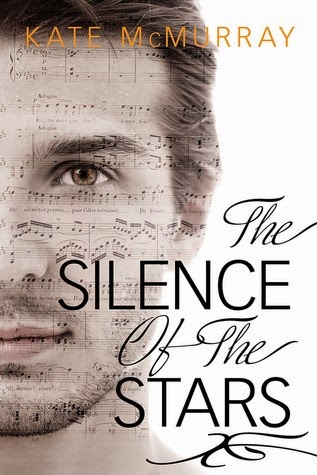 A Spin-off of The Stars that Tremble


Sandy Sullivan has gotten so good at covering up his emotions, he’s waiting for someone to hand him an Oscar. On the outside, he’s a cheerful, funny guy, but his good humor is the only thing keeping awful memories from his army tours in Afghanistan at bay. Worse, Sandy is now adrift after breaking up with the only man who ever understood him, but who also wanted to fix him the way Sandy’s been fixing up his new house in Brooklyn.
Everett Blake seems to have everything: good looks, money, and talent to spare. He parlayed a successful career as a violinist into a teaching job at Manhattan’s elite Olcott School and until four months ago, he even had the perfect boyfriend. Now he’s on his own, trying to give his new apartment some personality, even if it is unkempt compared to the perfect home he shared with his ex. When hiring a contractor to renovate his kitchen sends Sandy barreling into his life, Everett is only too happy to accept the chaos… until he realizes he’s in over his head.

The story of Mike and Gio sets the pace of the series. Mike's daughter, Emma, a child he adopted with his then partner Evan, is discovered to be a musical prodigy. He had raised Emma alone after he lost Evan, and he learned to multitask as any single parent only could. He loved her and did everything he could to provide, even the singing lessons he never really understood. When Emma is accepted into a summer workshop and meets the professor, Mike knew he was way in over his head.

Gio Boca had suffered his own loss when he lost his voice to polyps but just like any artist, when he does stumble into 'the voice' he knew he had a treasure in his hands. When he meets Mike, a blue collar contractor, he saw past the jeans and callouses. He saw a man whom he could be with, a man he did not have to pretend with.

For Sandy's story, we fast forward five years later, when his work with Mike gets him recommended by Gio to his friend who needed his kitchen re-designed. When Everett sees Sandy, he sees a happy-go-lucky blue-collar guy whose looks were to die for and he was smitten. When Sandy saw him, he saw an educated violinist and he knew he had a chance to bed him. That was not really what Sandy wanted, he wanted a family like Mike had and he was not sure if Everett was that man. But who is he to refuse a man who obviously liked him?

The stories of these four men have two things in common: music and construction work. Their stories address the question if men, from opposite sides of the track, can be happy together. The way the author approached this was not from the fairy tale angle, which I expected. She, instead, gave a very real portrayal of the conflicts that can arise, not from the men themselves, but from society. The snobbery of the supposed educated and upper middle class versus the blue collar class who worked with their hands for a living. She successfully showed that although there was the usual snobbery involved, there was also the reverse-snobbery.

This was a beautifully interesting series to read back to back. I actually started out with the second book first then decided to read the first right after. I never once got lost while reading that second book for it is clearly a standalone. However, after I read the first book and I got to know who Mike and Gio were in relation to Sandy and Everett, both stories gelled beautifully.