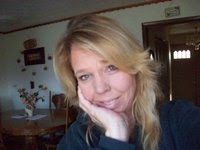 Teresa lives in Bethel, Ohio with her husband, son, two dogs and her son's snake, Steve Irwin. She is a third degree black belt in Taekwondo, is a huge Mixed Martial Arts fan and follows her husbands MMA fight team, G-Force, which her son fights for. When not writing she is either screaming like a crazy woman at MMA fights or reading in some quiet corner with her Kindle. She loves books that are fast reads filled with romance, humor, sexy alpha men and the women who drive them crazy. 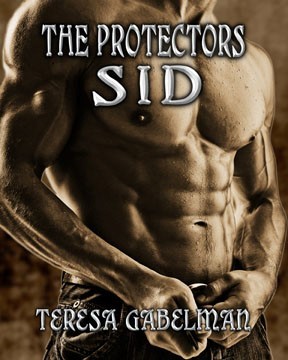 Renowned for his playboy lifestyle and wisecrack remarks, Sid Sinclair knows he is the last pick for the lead investigator of human/half-breed trafficking. Never one to play by the rules, Sid takes his new position seriously, but not without driving the leader of the VC Council and fellow Warrior’s crazy.
A human with a special gift, Lana Fitzpatrick’s life is complicated. When Sid Sinclair charges into her life, her complicated life becomes torturous; his charm and wit draws her in like no other. Having dealt with alpha men most of her life, she is a match made in heaven for the VC Warrior who thinks he is God’s gift to women.

As the world of vampires and humans try to coexist, Sid and Lana’s lives intertwine. It doesn't take long before the sparks between the two fly and for them to realize they have both finally met their match.

“Not only am I the cook, comedian, handsome, witty and charming Warrior, I also excel in eavesdropping.”

“You are mine, Lana.” Sid’s eyes were black with possessiveness. “I have never said that to
anyone in my long life, but you are mine. I don’t share with anyone, and I will
hunt that motherfucker down if he calls you again.” 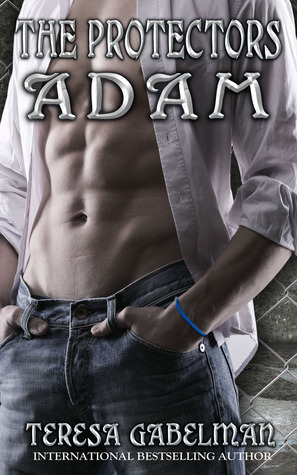 Half-breed vampire, Adam Pride, has an almighty chip on his broad shoulders. Trying to move on after finding Angelina married to another, Adam has a decision to make. Remove the chip and move on or kill the man who took what he wanted most in the world, his Angel.
With his heart in pieces, Adam’s on a mission to become the best VC Warrior he can be. It’s not long before fate steps in, turning his world and life as he knows it upside down. Shocking revelations will realign allegiances and draw the VC Warriors onto a new path. This journey is not Adam’s alone. Every Warrior, half-breed and human will be affected by what is to come. The unknown awaits. The battle has just begun

Adam landed against the wall with a loud thud. Dragging his arm up to wipe his nose, he glanced down spotting the blood, his blood. Well, he had expected to get his ass kicked, but not by a girl. His eyes landed on Jill as he pushed himself off the wall and headed in her direction.

If Adam was to ever have a man-crush, it would be on Sloan, because at that moment, he loved this son of a bitch. He was a total badass.

I have been impatiently waiting for Sid's story since the time I closed the pages on Duncan. Teresa Gabelman's series just keeps getting better and better and this book is delicious - or should I say Sidilicious?

There is no more snarky, nutty, irritatingly lovable VC Warrior than Sid. Heck, when he uses the name VC to go undercover, you know he has no filter. One would question his sanity, like the rest of his brothers constantly do. That is, until he meets the woman who can take what he dishes out and give him back double helpings.

Lana is a woman with secrets in her public and private lives. By day, she's an undercover cop who drives her Captain crazy. After work, she's a psychic with creepy powers that even the vampires don't know what to make of. But even being a psychic doesn't prepare her for an undead playboy who wants nothing more than to know her better.

Only Lana can stand Sid: I think any other woman would have been driven crazy or tried to use a stake on him in a long term relationship! She's got more than enough chutzpah to stand up to his snark and seemingly pointless lack of regard for anything. This, thankfully, makes them a formidable team in their fight on human/vampire trafficking and puts a serious dent in the crime rate.

This segues straight into Adam's novella. While Lana and Sid were closing down one branch of the trafficking ring, Tessa, Angelina, and Jill were getting caught up in another. When more information comes in, Adam finds Angelina married to another man, happily living in the suburbs.

But he can't believe that she would give up on him, and neither does Jill. Together, they uncover more leads and what they find has Adam making a very tough decision for his private life.

Adam's story isn't really concentrated on him. It's more a tying up of all the other novels with Adam's forming the background. While it does bring everything forward, there seems to be equal concentration on Jill as well as Adam. Not that I mind, though. I CANNOT wait for Slade's final encounter with Jill!