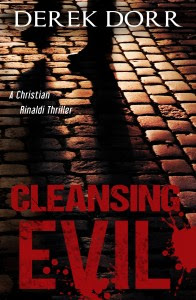 
From the outside, Dr. Christian Rinaldi has the perfect life. He is a good looking psychiatrist with a thriving practice, more than a dozen best-selling novels, a beautiful home and every toy that a man could possibly want. Sure, he also has a demanding boss, needy friends, recurring nightmares from childhood traumas, a nosy housemate, severe trust issues and a bad habit that he can’t seem to shake, but who doesn’t?
Christian’s issues are slightly different than the average person’s. His demanding boss is the head of a 700 year old secret society of serial killers. His friends? All but two are serial killers themselves. His nightmares are of his foster father who forced him to kill. Even his secrets have secrets. The biggest secret isn’t even that he is a killer. His biggest secret is that he doesn’t want to do it anymore. Unfortunately, his boss doesn’t let his employees walk away.
Special Agent Randy Brooks, Christian’s FBI liaison, doesn’t know anything about Christian’s secret life. He just needs Christian to help him solve their current case – a series of brutal but seemingly unrelated murders. Unfortunately for Christian, to get to the bottom of the crimes, he will have to confront his deepest fears.

On the surface, Cleansing Evil runs a little too close to that hit series "Dexter," but I wanted to see what Derek Dorr would do to make an intriguing premise like that his own. After all, anyone can be inspired by a story but it's the twists which make it unique that counts, right?

Regulator or handler? Serial killer or assassin? Would it make such a difference when they operate the same way? The lines blur here; unlike Dexter, Christian Rinaldi is what Sherlock Holmes would have been if he had been trained as an assassin from childhood. He's brilliant, analytical, extremely perceptive and observant, and a thinking man's fighter all in one. Not someone I would like to bump into in a dark alley - unless he was on my side!

Christian Rinaldi grew up in a foster home with a foster father who forced him to be his surrogate for murder. After three years, he was rescued by an assassin sent to kill his foster father. His rescuer, who also happened to be an FBI agent (Confused already? Don't worry, there many more twists to this novel!), raised Christian as his own, helped him perfect his analytical skills, all the while guiding his adopted son towards the world of psychiatry.

Apparently the saying of "Doctor, heal thyself" didn't work. The pull is still there and his traumas are as strong as ever. Even the usual healing therapies of writing, while giving him fame as an author, did nothing to cleanse his psychologically abused mind. But his fame is such that the FBI routinely ask for his help on cold cases and unsolved or unusual murders.

He's still required to kill, but he's working for the good guys now. Or is he, really? They go after criminals and abusers but mete out final justice with their own hands. All of a sudden, he's tired of his life and wants nothing more than to opt out. But that would mean forfeiting everything, starting with his life.

Enter Mick, his new handler. Fresh from the Army and wanting a change, he unwittingly signs up for something he never dreamed was possible and was assigned to both watch over Christian and encourage him to assassinate more criminals. How to covertly do his job and not get caught by one of the most brilliant minds he's met so far baffles him completely.

Then Christian's FBI associate shows up at his door with a new round of killings. Something seems off, yet familiar, about them. Figuring out the connections leads both Christian and Mick back to the place where the life of a serial killer was born.

The pace of this book is tremendously fast! It seems that as soon as one problem starts, another one begins, then another is found, and neither you nor the characters have time to breathe. I could almost feel all the characters drowning in their stress and tension; all except Christian, of course. His clinical detachment to the cases were quite sub-human. If not for his little slips on incidents that traumatized him, I would have questioned his ability to have emotions at all.

How everything came about, from the "cleansings," to the murders, to their everyday life, was written in details so vibrant the color of the blood just about splashed off my tablet. More than once I had to suppress the urge to wipe off my face in case there were a few drops that escaped. It was all so actively real.

Light read? Heck no. But an extremely good one that's worth all the chills you're guaranteed to get. Just don't read by yourself in a dark room with a storm approaching. Trust me. Don't. 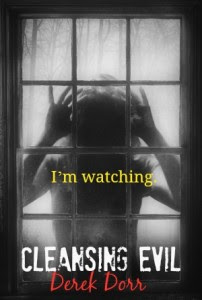 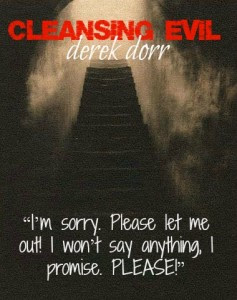