Lyssa Layne is first, and foremost, the proud momma to her precious daughter, AR. In addition to working full-time and being a mommy to AR, she is also an avid St. Louis Cardinals fan, a runner, blogger, and an infertility survivor.
Having watched one too many medical dramas and being inspired by author Rachelle Ayala, who introduced her to the world of indie writing, Lyssa decided to try her hand at writing a romance story. Her attempt turned into the Burning Lovesick series. You can find Lyssa’s own interests throughout her stories although all stories are fictional. 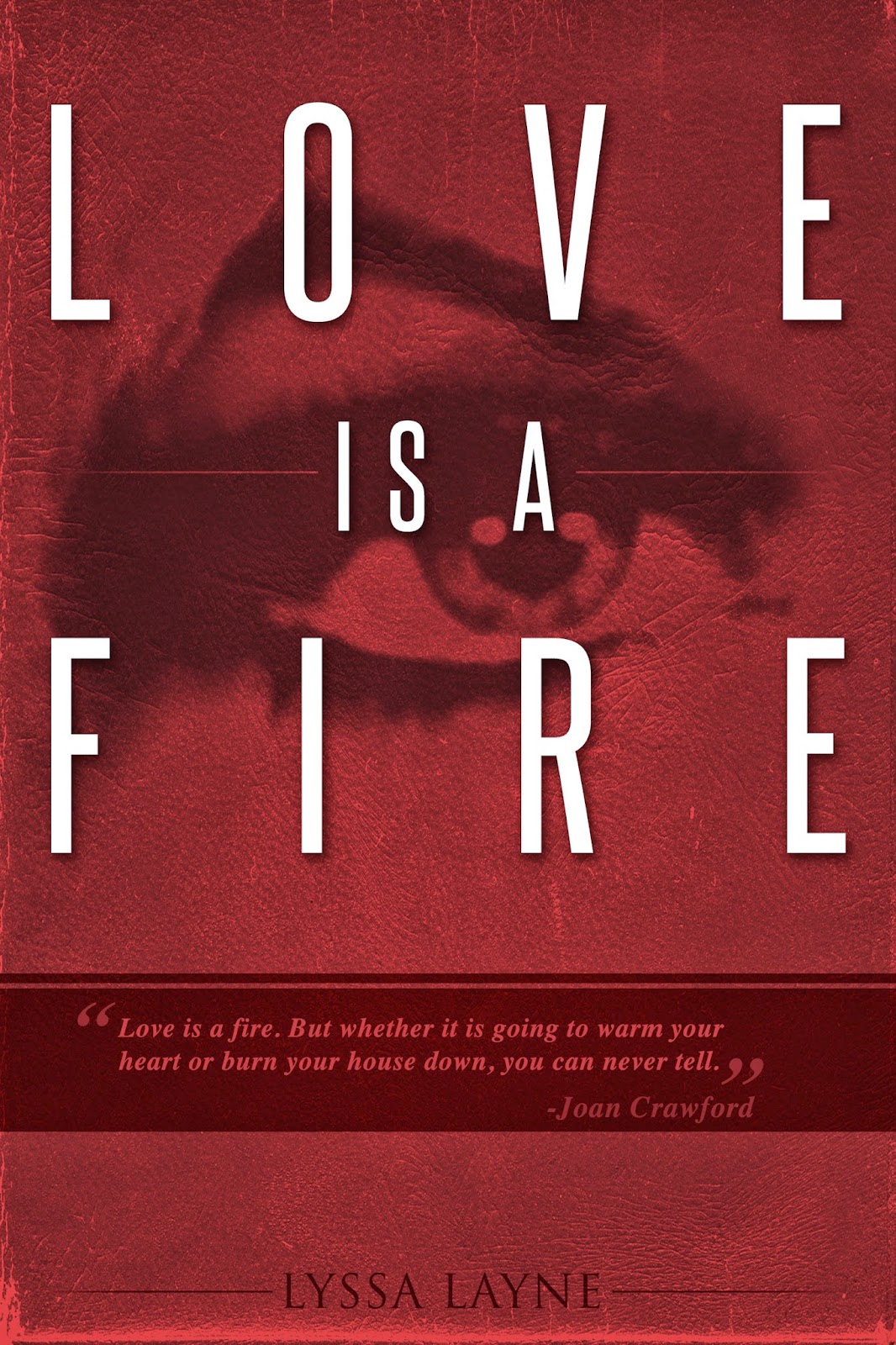 Love is a Fire by Lyssa Layne

“Love is a fire. But whether it is going to warm your heart or burn your house down, you can never tell.” -Joan Crawford

Dr. Katy Malone has sworn off love after losing those she loves most in her life including her father, a member of the FDNY. She has decided to spend her time focusing on her medical research. Her ex-fiancée, and fellow doctor, isn't ready to give up on loving her though.

Firefighter Nick Garrity is on a search for the future Mrs. Garrity. As he pushes thirty, with no prospects in sight, he's afraid he'll never find her. A devoted member of FDNY, he loves the thrill of his job and the satisfaction it brings him. He strives to teach the proby firefighter, Patrick Doyle, the ropes and pass on his passion to him.

When Doyle tries to impress the guys on the crew, he ends up in the care of Dr. Katy Malone. One look at Dr. Malone and Nick knows he's found his future wife but can he convince her to love again?

R: (drools, blushes and sweats) Hello! Thank you for doing this with us. We won't keep you too long. We promise. We know you are very busy.


R: Jesse - You and Nick have been best friends since forever. What made you first not trust Katy then change your mind about how she would be perfect for him?

J: I'm protective of my buddy. I saw how badly Missey hurt him and I didn't want Katy to do the same thing. I knew Nick was anxious to do the whole marriage and white picket fence thing so I just wanted to make sure she was really the one before he went through that again. *Jesse shrugs with a laugh* If you ever saw the two of them together, you'd see how perfect they were for each other. It was like they knew each other their whole lives, it was kind of freaky when they'd finish each other's sentences.

R: I saw how you acted around Katy after they got married, being there when Nick wasn't, supporting her through her problems, generally being the best best friend she could have. Then you said that you already found your queen. Were your feelings toward her at that time already so intense? How did you feel when you knew you couldn't step between them no matter what?

First off, let me say that I would never come between Nick and his girl, no matter what. My feelings actually took me by surprise. I've never wanted the same thing Nick did in that sense but...I don't know...seeing her...what the two of them had, I guess it made me want the same thing. At the time, I don't necessarily think I realized how strong my feelings for her were since I knew I could never act on them.

Ramona: Nick's accidents were tough on everybody, especially you and Katy. Should you have tried talking more to Nick about loosening up now there was a family involved? Do you think he fully realized the risks he was taking with his life?

*Jesse laughs and shakes his head*
You gotta know Nick, there's no talking him down. He takes his job very seriously and always gives 110%. He doesn't do those things out of cockiness or to be brave, he does them because it's part of the job. He wouldn't have backed down, he would've thought he wasn't fully doing his job if he did.

R: It's strange that you're so intuitive while Nick doesn't realize a lot of things until they're smack in his face. Did you ever have any arguments about this? I'd love to hear about a situation you were in where you, or Nick, or both of you got into trouble because of this trait of his.

*Jesse laughs again and looks off in the distance reminiscing*
Nick always sees the good in everyone, that's where he gets burnt so badly. Of course, Dr. Thomas is the exception with that. When he was dating Missey, I'd saw her flirting with some guys from Engine 75 at O'Malley's. I mentioned it to Nick who blew it off, giving some BS excuse...Yeah, a week later and that was the end of that relationship.

Thanks again for having me, Ramona.
*Jesse kisses your hand with a wink as he walks out the door*

5 e-books of Love is a Fire
1 e-book of I Call Him Brady by K.S. Thomas
1 e-book of Taming Romeo by Rachelle Ayala
1 e-book of Razor’s Edge by Racquel Reck
1 e-book of choice of Melissa Keir’s (choices include: Second Time’s a Charm, Three’s a Crowd, or Protecting His Wolfe)
1 set of Bottlecap Magnets from Sprouts and Sprockets
1 Firefighter Awareness Bracelet from Creations by Accident
1 Pearl & Black Bracelet from Made with Love
2 Pearl-Wire Rings from Pine Wind
1 set of coffee magnets from Yellow Chick Designs
1 pair of anchor earrings from Made by Lin Lin
AND the coolest prize of all, naming rights of one of the characters in the sequel Burst Into Flame


a Rafflecopter giveaway
Posted by multitaskingmomma at 2:00 AM