Ever Wondered What Happened In The Lounge? Enjoy This Delightfully Sexy Deleted Scene From Taking Control Of My Werewolf by Bronwyn Heeley

Bronwyn lives in the Blue Mountains, Australia, with her partner and two kids. Due to dyslexia, which made reading extremely difficult, it took Bronwyn until the birth of her daughter for her to pick up a book and fall in love. It wasn’t long after that she realised what the voices in her head actually wanted.

Warning: Graphic language and explicit scene between two sexy men ahead. Read on at your own risk - or simply enjoy!

Hi everyone, thanks for having me here. I’m Bronwyn Heeley and this deleted scene comes out of my Moonlit Wolves series, which has 6 books already available.

This series itself is about a bunch of men trying to live, love and figure out who they really are as they fight to stay alive. It’s been writing in a fast moving, erotically graphic series with a manga feel to it, that will suck you in and make you want more.

This deleted scene has come out of book 4 and I really hope you enjoy. 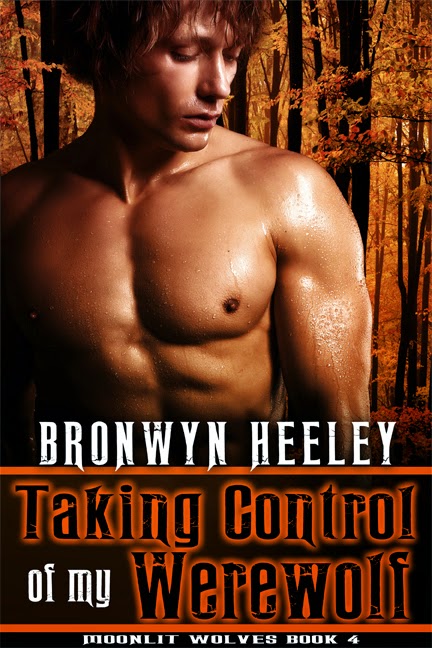 The Lounge Scene from Taking Control of My Werewolf