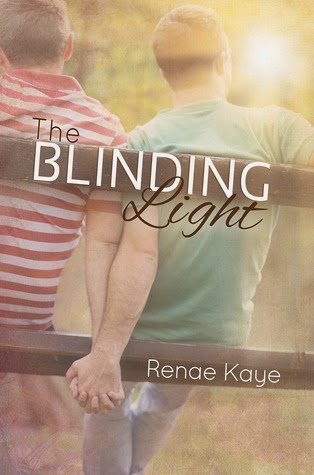 Jake Manning’s smart mouth frequently gets him into trouble. Because of it, he can’t hold a job. Combined with some bad luck, it's prevented him from keeping steady employment. A huge debt looms over him, and alone he shoulders the care of his alcoholic mother and three younger sisters. When a housekeeping position opens, Jake’s so desperate he leaps at the opportunity. On landing, he finds his new boss, Patrick Stanford, a fussy, arrogant, rude… and blind man.
Born without sight, Patrick is used to being accommodated, but he’s met his match with Jake, who doesn’t take any of his crap and threatens to swap all the braille labels on his groceries and run off with his guide dog unless he behaves.
Jake gets a kick out of Patrick. Things are looking up: the girls are starting their own lives and his mum’s sobriety might stick this time. He’s sacrificed everything for his family; maybe it’s time for him to live his life and start a relationship with Patrick. When his mother needs him, guilt makes his choice between family and Patrick difficult, and Jake must realize he’s not alone anymore.


After that first venture read about Jay, I was excited to read what this author would come up with next. I was not disappointed. I laughed, my heart broke, I was astounded, and I was just plain baffled by how someone as awesome as Jake came into existence, even if he is fictional. Again, I fell in love, this time with Jake.

Jake is what one would call a martyr with a spine of steel. He never really had a childhood to speak of. His mother, a drunk, kept spewing out little sisters for him to raise from the ripe old age of 4. Yes, 4. That was how young Jake was when he became a man, not physically, but a man all the same. He was young, did not understand what was happening except that he had to take care of his younger sisters as best he could. He became man of the house by age 9. An age when all the rest of us would be out playing or just sleep till the sun went down.

Although he did get away for a time and tasted the life of a free man, he had to give up all and go back to taking care of his mother and family. Broke, working any odd job he could get into, he finally submits a resume to be a housekeeper. What's so strange about that? He had cleaned house all his life, so nothing fancy, nothing surprising. It was what he was used to.

Until he got Patrick Stanford as his assignment.

Oh man, what a disaster. Not only was the man blind, which was beside the point, but he totally lacked any sense of societal courtesies - he never said Please! Of course, being the "father" that he was, Jake soon set things straight. He cleaned and made the house perfect. He even cleaned up his employer's act!

Patrick never knew what hit him. Used to having things done his way, he knew that his housekeepers never lasted but kept that information to himself and dealt with the housekeeping services directly. When Jake came in, his life changed. Not only was his house perfect, his food was fantastic and healthy, he was healthy, got nursed when sick, AND! he got to go to a pub, enjoy himself and get drunk without having to worry - Jake was there!

Things are all going crazy romantic for these two when the bomb hits and all things get chaotic. How will Jake handle all these when, for the first time, all what he wanted to be was be selfish and just live a happy life with his Patti-cake.

I fell in love with Jake's character because of so many things but what sticks out most is his sense of humor. He heard and saw everything and when he did, he analyzed, over analyzed and got baffled by the logic of some people and inserted his own logic. It made him such a light-hearted kind of guy despite his being in such a dire situation. Any other would have been suicidal, or the read would have gone over the top miserable, but not this one. It was Jake who saved his family's day but now that he could finally breathe, thanks to Patrick in his life, he shone even more. Makes me wish to have a son like Jake.

Beautiful Jake. He made me smile throughout this read.