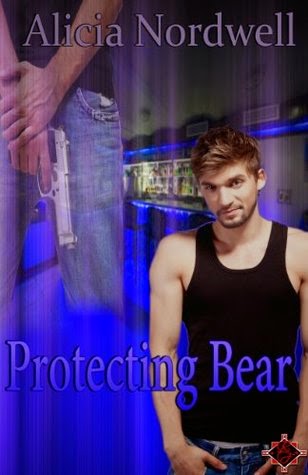 Bear has sworn off guys who try to pick him up at his second job working as a bartender. His ex, Vilem, damn near turned him off dating altogether. Jimmy would flip if he finds out Bear dated a drug dealer, as if Bear did it knowingly. His career as a cop only makes his brother more protective. But Kameron doesn’t try to pick him up at the bar. He doesn’t ask for a blow job or a back alley screw. He asks Bear out for coffee. That alone is rare enough to get Bear to say yes. They have an instant chemistry, even though he will cut the giant off at the knees if Kameron calls Bear “little guy” one more time. Kameron’s secrets grow harder to hide the longer he dates Bear. He wants to come clean, but he knows there’s a very good chance the fiery man will never speak to him again. Kameron wrestles with his conscience and his desire for Bear. Both men’s choices lead to a series of events neither see coming. Bear believes his judgment failed him once again when he learns exactly what Kameron was hiding. At the same time, Bear learns Vilem wasn't just a corner drug dealer, and some very scary guys are after him. Can both men survive their encounter with Vilem’s bosses? When Bear and Kameron land in a life or death situation, it's up to Bear to save himself … and Kameron, if he's lucky.

The long and short of it is: this was a great cops and villains story where the cop falls in love with the targeted victim he was assigned to protect. The complications are not on the romantic level, it is the fact that when it comes to money and drugs, anarchy will always rule the day.

So we have a big brother cop who loves his younger brother to bits and goes on full protective mode when a case he stumbles upon sees his brother Bear in the middle of a drug mob war. He manages to coerce a newly transferred cop to go undercover and keep said brother safe. It's a great coincidence that said cop, Kameron, is gay and so is Bear. Great right?

Wrong! Bear will be furious to be thought of as someone to be protected so had to be lied to and fooled along the way to thinking this cool, dude, Kameron guy who takes him out on a coffee date is really falling for him. Then again, when the mob antes their activities and Kameron finds himself in the line of fire, then Bear has to rethink his fury and maybe accept the reality that maybe, just maybe, Kameron is really in love with him? Maybe, maybe not for Bear is set to be independent and to get Kameron and his brother see this when he, too, gets within the line of fire. From that moment on, things went from smoochy smooth criminal to deadly hide and seek between cops and mobsters.

This was such a great and fun read. There was action, there was mystery, there was violence which I loved especially when the bullets started flying, AND! it was really HOT! A different kind of story that was cheesy and copsy all at once and yes, I did finish in one sitting.

This is a read that does not waste time about the past but focuses mainly on the here and now and the repercussions of a past that does not need to be mentioned. Not once did I feel the need for a sorta back story for this does not need it. The important thing is that Kameron is there and does everything he can to Protecting Bear.
Posted by multitaskingmomma at 12:00 AM