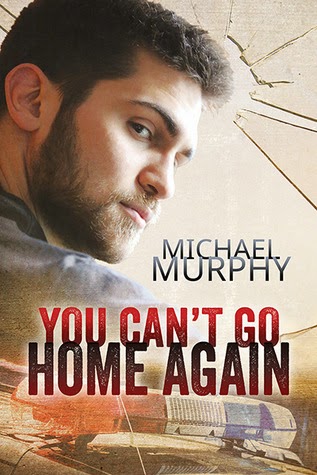 In work and in love, life has taught seasoned police officer Jack that closeness only leads to pain. But Jack is wracked with guilt when his rookie partner Kevin is shot during an undercover assignment and dies in his arms. Why didn’t he take the time to get to know the rookie a little?
At the funeral, Jack takes a liking to Kevin’s brother, Devin. But Jack knows making a connection can cause more hurt, and living on opposite coasts is an added obstacle.
With his brother dead, Devin feels a responsibility to Kevin's pregnant widow, Marie. He packs up and moves east, only to have Marie, outraged that he’s put his life on hold, slam the door in his face. Devin turns to the only other person he knows in town. As much as it goes against his philosophies on life, Jack takes him in without hesitation.
Their tentative exploration into romance is interrupted when Devin is mistaken for his dead brother and taken captive. Just as Jack opens his heart, reality slams into him. But he can’t lose anyone else. More than the need to simply save a captive drives Jack to find Devin and bring him home.


This was a heartbreaking read, all through the first quarter of it. Tears falling, it was misery on a grand scale. I mean, who would not cry? A senior officer, Jack, finds himself and his rookie partner, Kevin, in a situation he could see fatally unfolding and there was nothing he could do about it. Kevin dies and Jack is stuck between feeling remorse and guilt, and lost in his misery for losing a young man to a senseless crime. Feeling the weight of the world on his shoulders, he trudges on to the Kevin's widow, Marie, and promises to himself he would always be there to help out in any which way he can.

The funerals happen. The families came into sight. The mother-in-law from hell is at the center stage. It was misery on a really desperate situation and Jack is lost within. Then he looks up and sees his Kevin looking back at him. Talk about shock to the system! It is only later that he finds out the young man is Kevin's older twin brother, Devin. Identical twins, where Kevin was straight, Devin was an out and open gay.

Soon Marie, Jack and Devin connect and get close. It's only been a few hours but Kevin is the thread that ropes the three together without their noticing it and before they know it, Kevin moves to be with Marie. Furious for giving up whatever life he had, Devin finds himself homeless. Who does he turn to? Jack of course. And that, they say, is the beginning of the friendship borne our of misery and turning into a forever kind of love.

The first 25% was   sad story but fortunately, it finally lightened up and eventaully came out humorous in the next three quarters. I breathed a sigh of relief at that point for the pain of Kevin's death was killing me.

Devin, Jack and Marie. They were an incredible trio who soon find themselves even closer because of the expected drama. The twist at the end of the story was a bit of a surprise and a let down all at once and that disappointed. It could have gone a different path then again, it came out exactly as I had predicted could happen.

Yes, this is an HEA so there definitely was a beautiful rainbow at the end of the read.


Posted by multitaskingmomma at 5:08 AM