Bayli Lane didn’t realize how much she loved creating a world from nothing until college. She went to Marian University where she majored in Communications but in her spare time wrote and read. Her love for reading is what really brought out her desire to create her own novel. After starting loads of stories and not finishing them, she finally decided it was time to put her passion to work. Bayli lives with her husband, Tim, in Indiana where she is probably sitting with a large cup of coffee and her computer working on her next book. 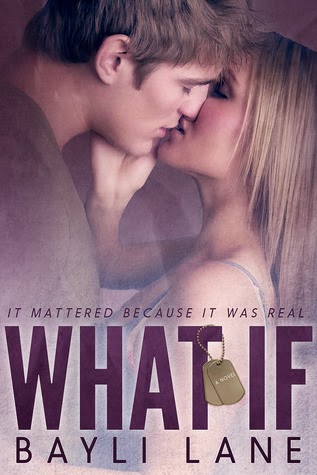 For some people falling in love was a happy, glowing experience. For Briar Kelly and Arrow Donovan it was more like getting hit by a freight train.

Caring for one another was never an easy feat. They constantly fought to hold their feelings inside, not wanting to jeopardize their friendship. Then, Arrow left for the Marines, and everything changed. Briar was shattered. Arrow was hurt.

While Briar told herself she’d never let another man affect her in such a way, Arrow still remained in the forefront of her mind. For Arrow, his memories of Briar kept him alive in both of his near death experiences. When Arrow’s demons threatened to drag him under, Briar was there, pulling him from the darkness.

"What ifs" keep piling up while resentment and redemption battles continue; will Briar and Arrow be able to find their happily ever after, or will this be one war that Arrow can't win? 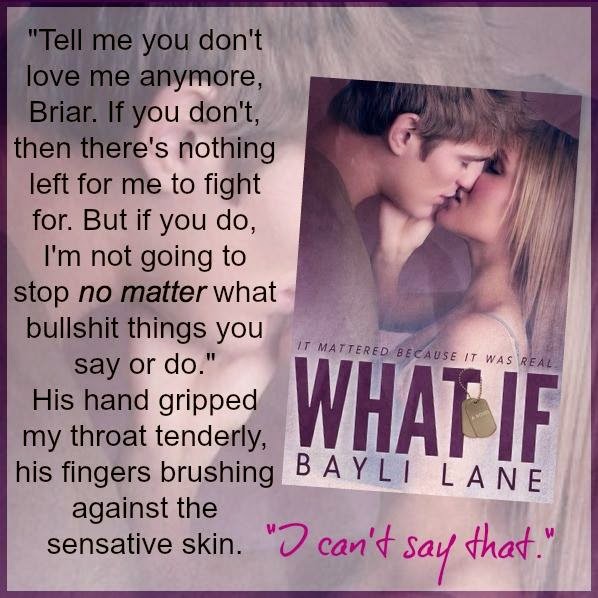 If you like watching Latin and Asian telenovelas, then What If is the book for you. Don't get me wrong, Bayli Lane did a wonderful job with writing this book but it's one of those whose plot would have been solved in a minute if either hero or heroine had asked just one simple question. "Can I kiss you?" would have been on top of my list.

This is a prime example of what can go wrong when there are misunderstandings or miscommunications in a relationship, no matter what type of relationship it is. Teens meet for the first time and while they can talk about anything, boy assumes something about girl and romance goes pffft. Then they are in the friendzone and friendship goes pffft. They try to go on with their lives but are still heavily emotionally invested in each other so it's not a clean break.

Arrow is alternately a man I admire and love to hate. He assumes too much (to Briar's detriment) and doesn't do enough to show Briar that he cares for her more than she thinks. And how is she supposed to know that when he's making out with another girl as soon as he's done with the last one? It takes him almost dying to figure out he should be fighting for a relationship his heart wants more than anything. But you can't stake a claim on what's not yours anymore!

Briar, to her credit, is the best friend any guy could have. While she wants more from her best friend Arrow, there is never a perfect situation to let him know. She suffers through two serious relationships but is always there for him when he's in pain. She doesn't want to assume anything more though, since Arrow never showed her any deeper feelings, and kept their relationship strictly platonic until she decided she couldn't take it anymore - and left.

The angst in this novel is so palpable that it's real. While I normally don't go for books with this level of emotional fear, I had to finish this story. It's not because I had to review it; no, it's because I became invested in the characters and needed to know how they ended up. It's written so beautifully Briar and Arrow became real. While most of the time I wanted to smack them upside their heads, I also rooted for them to get over all the trauma and finally get together. Were they determined enough or not?

One character I want to know more about is Killian, Briar's ex. It's not usual for me to root for an ex, but this is one beautiful man who, in an alternate universe, would have been more perfect for her than Arrow. But I can't argue with the author's choice so I simply have to wait for book 2 to find out what happens to him.

What If could seriously be made into a soap, and in my opinion, Bayli Lane would make a great scriptwriter. She's managed to change my outlook on books with this topic which means, to me, she is one terrific writer! 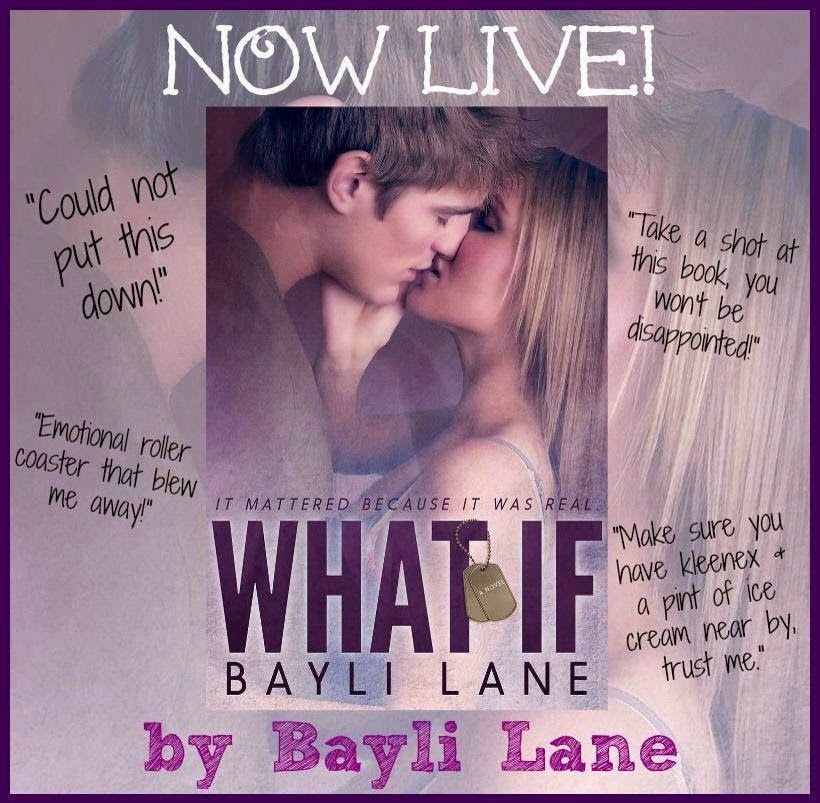 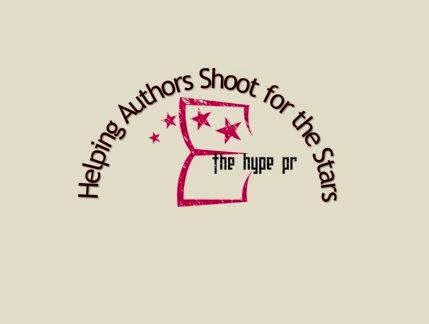