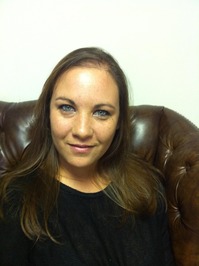 Born and raised in Northeast Louisiana, I grew up on well water, dirt roads, deer meat and garden grown vegetables. Although it would be interesting to say I spend my time exploring exotic destinations and drinking wine from barrels in Tuscany, that is not the case. I live in the real world. Currently, my days are spent working in the ever exciting world of bookkeeping. Night time for me does not mean breaking into the Smithsonian to steal the hottest work of art to sell on the black market. In fact, the only work of art I’ll see will be created by one of my awesome kids while they’re doing anything possible to keep from getting in bed on time. As with every other small town girl, I have dreamed of breathtaking adventures and schmoozing with the elite. I actually managed to make it about two thousand miles and a few months before realizing that the big city lights are better left to big city girls and my wild imagination. No adventure is as fulfilling as being wrapped in the strong arms of my love while surrounded by the laughter and arguing of our not so little ones. 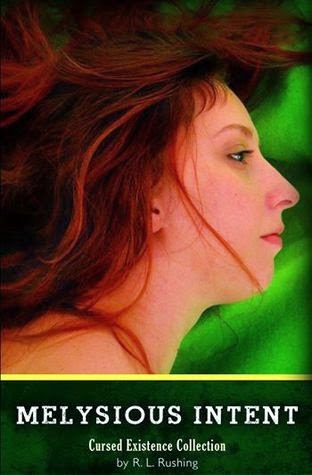 Melysious Intent serves as the back story of Melysa Makenzie, a mind reader.   It takes place before she's thrust into the hellhole which is Ledger Headquarters.


Recovering from physical scars that pale in comparison to the jagged emotional reminders left behind by her drug addicted boyfriend, Melysa Makenzie meets a breathtakingly handsome man named Gabriel Soileau who is intent on showing her a love she has never before known.
Due to a life altering encounter, ArtWorx, the advertising firm by which she is employed as a graphic designer, scores a once in a lifetime contract with Gabriel's revolutionary new airline.

When Melysa, not only walks away with the grand prize, but also the client's heart and soul, her co-workers are none too happy.  As she works to expand the HydroAir brand, outside forces work to take her down.  Is her life at risk simply because of jilted ex co-workers, or is it because she is a telepath?

Melysious Intent is R.L. Rushing's continuation of the strange story of three women caught up in a maelstrom of super humans out to take over the world. Trapped in a nightmare otherwise known as Ledger Enterprises, they must trust each other and work together in order to survive and rescue all those they love and left on the outside.

The novels aren't issued in chronological order and Mel's story takes place before Kat's (I think) and Rebel's (I'm very sure).  These three serve as a backstory to the conclusion, the fourth installment that is yet to be released.

Mel is a woman abused and scorned from the very start of her life. She's never known unconditional love or acceptance and puts blame squarely on her shoulders when anything goes wrong. After all, she's a telepath, so she should have some inkling of anything going awry, right?

That is, until she meets Gabriel Soileau and his family when they contract the design company she is working for to conceptualize the entire campaign for a revolutionary plane and airline that they're about to launch. She's inexplicably drawn to him and wonders why he's singled her out among all the other people in the world.

Circumstances draw them together and they're suddenly thrust into instances that put them in danger. They're threatened, chased, and forced to fight for their lives. Why? Gabriel suspects that it's their business that sparked the threats but Mel thinks otherwise. Her gut and her powers tell her that she's involved in it somehow but there's absolutely no proof.

There's no letup in the action, but I found one thing strange. Mel refuses to use her telepathic powers! She knows that she can hear people's thoughts, but it seems to me like she's blocking it. Why would she do that? She's clearly quite powerful (as was proven in Misrebel Nights) but there were cases when, if her telepathy was used, she and Gabriel would have been in relative safety or in no danger at all. That is the only part I found difficult to understand.

Don't get me wrong.  I don't hate the way Melysious Intent was written, in fact I finished the novel very quickly and found it quite compelling. It's only when I compared it to the previous books, Katastrophic Decisions and Misrebel Nights, that I found it a tad wanting. I adored the first two books and thought Mel's story would also measure up or even give me more than the others since she was a character that I found extremely interesting.

I hope, though, that when the conclusion comes out, R.L. Rushing will be able to top what she's already written. I love her imagination and writing style so I'm pretty sure she'll deliver what I'm craving.