Also by This Author 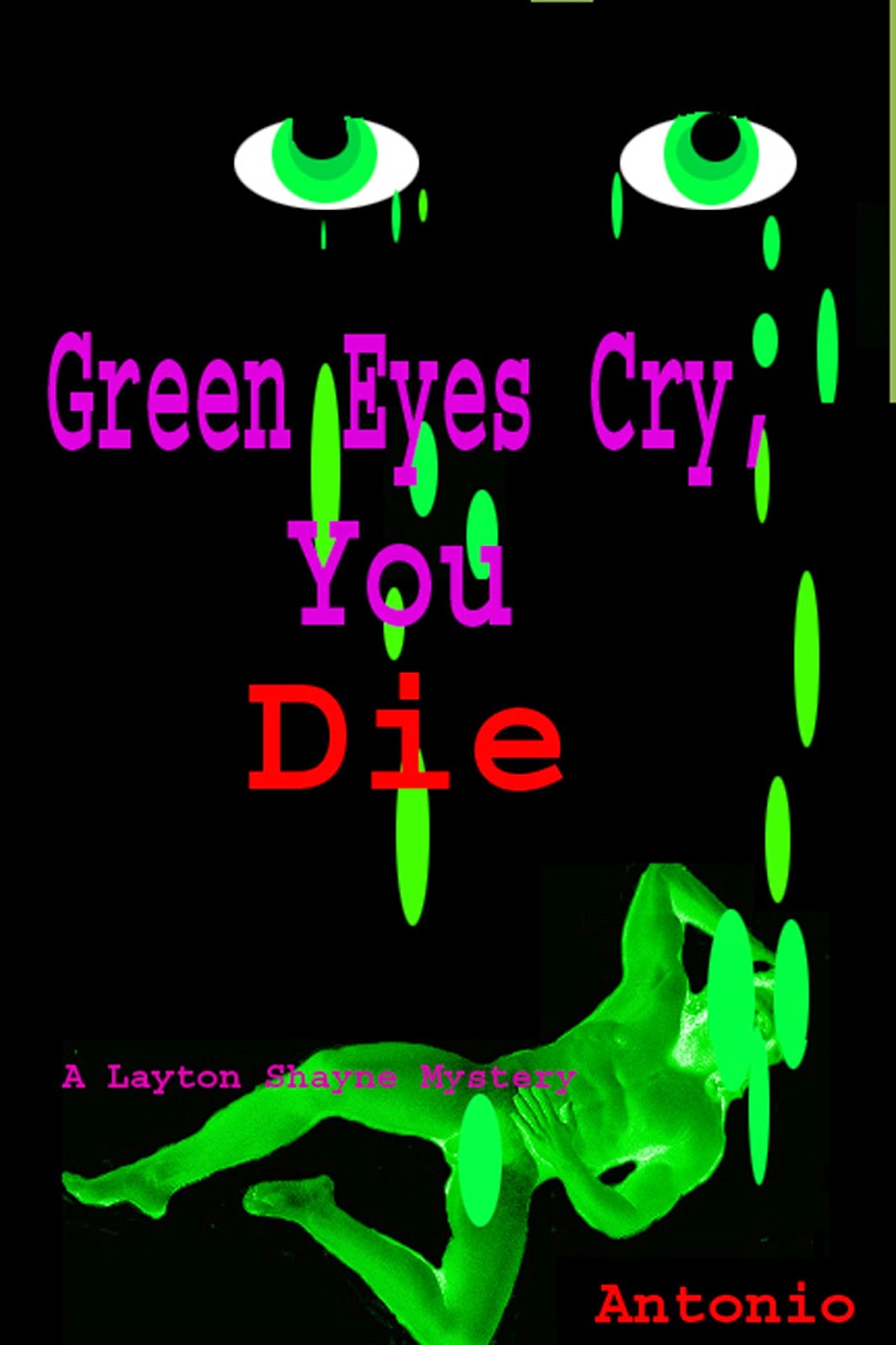 Gay Detective Layton Shayne is on the case again, this time with his lover Alex working alongside him. If he thought his last case involving a cult and the supernatural had prepared him for everything—he couldn’t have been more wrong. This new case for Leticia Carter and her mysterious organization would take him and Alex from Louisiana to central Florida. They would be on the hunt for a mysterious green-eyed lady statue possessing supernatural powers and rumored to cry real emerald tears which bring death with them.
The hunt for the statue would lead the duo to the small neighboring towns of Mt Ore where they would run into old friends from Shelby, and the town of Aurora founded by new age hippies. They’d also be working with a handsome and amorous new agent by the name of Buck Taggerty, who might just prove to be more troublesome than helpful. It wouldn’t make matters easier that they’d be meeting him at a gay nudist campground being visited by zombies. Resourceful Miss Lucy will be there to lend a helping hand if her roommate, the beautiful Charity, doesn’t do her in first. Sassafras Jones, an old nemesis of Miss Lucy’s also shows up to aid the detective and his partners. It would end up being a case that Layton would describe as anything but boring.
Life is good for the detective who is feeling like a man in love on his honeymoon as the case starts out, but things soon take a crazy turn when he meets Miss Lucy for a briefing. The colorful Miss Lucy has infiltrated the hippie community of Aurora, but is being forced out of the area by her roommate Charity, who is more than a little suspicious of her. Layton also receives condolences from Miss Lucy about having to work alongside Buck Taggerty, an agent the organization has sent to assist him and Alex.
Things are somewhat more pleasant when Layton visits old friends Jimmy and Francisco in Mt Ore, especially when there will be a chance for him and Alex to relax nude in a hot tub. But, just who is it that’s following the detective and what are their intentions? Before Layton can complete the case, a dangerous new enemy emerges who may have ties to an old case. Between fighting zombies and vanquishing foes, will the detective ever manage to locate the highly sought after green-eyed-lady statue and close the case? With guns galore, sickles, and poison in play, Layton is shocked by what finally brings him to his knees as helpless as a child. Without Alex or his other team members to help him, the detective finds aid from where he least expects it, but when he needs it most. A pastor and his wife can help provide clues to what’s going on in the area, if they can be trusted. The organizations top new researcher Noelle is back to help, but is forced to make a sudden departure while working on the case. And Layton wonders exactly what ties, a has-been local actress, sickle carrying senior citizen nudist, and local baker have to the green-eyed lady. All the while, investigating the Cult of the Green-Eyed Lady which just happens to be having their yearly festival at the gay campgrounds while he, Alex, and Buck are there. Will the cult’s orgy and festivities be ruined by unwelcome and deadly visitors?Zombies, gay nudists, statues with supernatural powers, and aggressive and unusual lovemaking are all just getting to be a regular part of the daily life of detective Layton Shayne and his loving partner Alex.

It's now Layton and Alex Shayne. After the chaos in Shelby, both men needed a break, a new life, and a new name to start their now happy lives together. As a couple. But Miss Lucy has other plans so here are the two, once more on the road, off for another adventure. This time, however, Layton is ill-prepared and may not be in the mind-set he is known for. What with Alex by his side and his protective instincts on full throttle, and the fact there is another guy they have to work with, pretending to be a threesome neither men really cared for. It's okay though, they are ready for anything. Right? This is Layton Shayne after all. Right?

Erm, nope! Not when they have to deal with emeralds falling from statues' eyes, people falling dead on their feet and ZOMBIES????

Again, Antonio has given us another treasure of a mystery, suspense, thriller, comedy and a whole lot humor. When first told of the plot in just a few lines, the word 'zombie' jumped out. I don't read zombies. Anything zombies. Nothing on zombies.

But this is Antonio and knowing his quirk for tongue-in-cheek humor and talent for spinning mysterious tales that manage to keep the readers guessing from start to finish, how could I resist? Of course I had to jump on this. The only drawback: zombies. urgh argh

So the dead start walking, Layton starts hacking, the sexual tension is rising, and the heat of the sun is not helping. Layton and Alex in their flip-flops are going through the history of Aurora trying to find the root cause of all these green eyed lady statues that cry green emeralds. Then there are the side characters. They are aplenty. Some survive, some are alive one minute then become zombies the next second, it is a surprise read every step of the way with this one.

By the time I finished reading, I had four thoughts: One - how did Layton and Alex even survive this case; Two - oooh, what a delicious twisted ending; Three - just how old is HP anyways? tsk tsk; and Fourth - Buck. Oh Bucky Buck Buck... heheheeeee

Just don't take it to bed. I need to sleep now! bwahahhahahahaa

Posted by multitaskingmomma at 8:57 PM