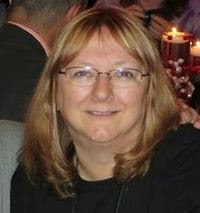 Born and raised in the north-west of England, K.C.Wells always loved writing. Words were important. Full stop. However, when childhood gave way to adulthood, the writing ceased, as life got in the way. K.C. discovered erotic fiction in 2009, where the purchase of a ménage storyline led to the startling discovery that reading about men in love was damn hot. In 2012, arriving at a really low point in life led to the desperate need to do something creative. An even bigger discovery waited in the wings – writing about men in love was even hotter.K.C. now writes full-time and is loving every minute of her new career. The laptop still has no idea of what hit it... it only knows that it wants a rest, please. And it now has to get used to the idea that where K.C goes, it goes. 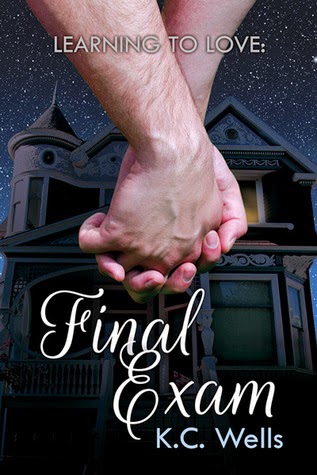 
Learning to Love: Book Four
One house, three couples, and one year left until their final exams….
Evan and Daniel want to take their D/s relationship to the next level. When Daniel suggests conducting a little research at a BDSM club, Evan is more than up for it. Trouble is, one of their housemates isn’t happy about this.
Finances tighten for new couple Josh and Chris. Wanting to ease some of the pressure on Chris, Josh starts as an agency nurse. But tackling a heavy workload at medical school and working late-shifts leaves little time for the couple. Something’s gotta give.
In Spain, Sean was diagnosed as suffering from migraines. But after the medications have no effect and he starts suffering from other complaints, he decides to get a second opinion without telling Michael. When Michael finds out, Sean's usually laid-back husband's reaction shocks everyone. But Michael needs to get his head sorted fast, because Sean needs his strength.
As their school career comes to a close and the one person who holds them all together starts to fall apart, the final exam is a true test of friendship.

Final Exams sounds much like the closing of this series. It is also my first read of said series but curiously enough (I blame it on a talented author), I had absolutely no chance to get lost. The way this was written, it reads like a standalone for the characters are well developed, the plot is well connected to the previous books, and everything just fell into place. Although I must admit, now I want to read the first three.

This opens with all three couples together once more. Sean and Michael are just back from Spain and are really the main focus here. Sean is having some health issues and just like a man, does get to have himself checked out and such but never really getting into grips they are not healthy. The strain is evident on Michael's face though, and this really worries Evan. Josh is busy with his work and his medical proper classes and so is really not in full awareness of what was going around him. That does put a strain on his relationship with Chris as well. It is Evan and Daniel who are really well established as they communicate freely and had shed off their walls from each other. This made them the most solid couple of the three, although they all are quite solid.

Sean's health issues are at the forefront of this story, and were really dragging down everyone's moods. They all know something is wrong but Sean is Sean and he is strong. Unfortunately, his body is not listening to egos this time and does act up. When the full diagnosis is known, it is all the three couples could do to help each other out, prop each others' emotions up and get things on the road to normal. The rest of the drama that do creep in are dealt with smoothly and with all of the friends' cooperation especially the one regarding Sean's father. That was unexpected.

What does hold the friends firmly together is their friendship. They go through the ups and the downs, and the occasional misunderstanding, but they are solid friends who communicate and do not allow for petty things to get between them. This house is full of love and friendship and in the final year for most of them. Hopefully this spirit of love will extend itself to the new blood that move in after they leave.

Overall, this is a KC Wells and she deals with complicated romances the way she usually does: with mastery. As for the BDSM elements, well who can read a Wells book without delving into this subject matter? There is a matter raised here that gave me pause for it is fearsome to me, but once again, she is great at what she does and takes the readers to levels of loving information that settles both the mind and the heart. Some of the men of Collars and Cuff are here and do serve their roles as educators to the world and lifestyle.

The romance and friendship between the couples is a beautiful and hopeful read. The men had built a family of their own choice and cognition and all of them worked hard to keep it together so they could lean on each other, no matter what happens, especially when blood relations are ruined due to mere differences in political or spiritual opinions. They have each other. No matter where their lives and future careers take them.

A beautiful installment from what I have read and definitely kicked me to pick up the rest of the series.