Bethan Cooper spends her days working 8 hours at a well-known restaurant and yawning - a lot.

But her vulnerability behind the uniform is her writing, having been obsessed with writing short stories and song lyrics from her teens, she has finally put pen to paper and started a novel.

She is married to the love of her life, who she met when she was seventeen.

So writing romance is a must for her, especially lots of kissing and people surrounded by love, as it is after all, the best human emotion.

I used to be just another Fanfiction writer! That was until one person showed real interest in my work. And then another, and then another, until I had this whole group of people reviewing like crazy and wanting original work from me. I’d spent years writing for free online, I didn’t believe I had it in me to publish something!

But I’m glad I did!! I never imagined pushing my work and striving to reach my ultimate. I never imagined I’d be the girl who started The Viper Rooms! But who am I to deny the inspiration when it hits?

I love writing, it’s a lifeline. I love creating a world that others fall into. I love having the control to make a whole new world. It’s like a dependency, an addictive one. It’s one of the things I’m extremely proud of.

As much as I complain, I love the mini dialogues that go on in my head, the plotlines that attack me when I least expect them to. The ones that jump to life at the most inappropriate times and drive me totally crazy!!

For now I split my life between writing, dreaming, working, and volunteering with children. 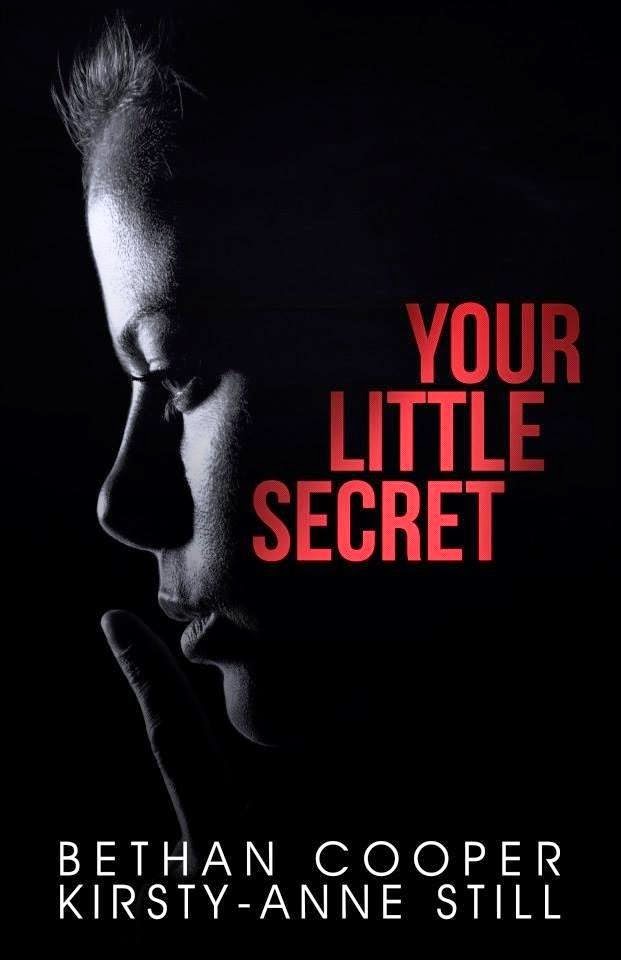 Amber Watson thought she knew what she wanted in life – a house that didn’t have creaky stairs and leaky taps; a home with the perfect guy and an undying love that stole her breath away. Between her boyfriend, Connor, and her best friend, Ethan, she thought she had the perfect life and the perfect future only a heartbeat away.That is until abandonment and need begin to overwhelm her. When Connor takes a job in London, Amber finds herself slipping at his lack of contact and the uneasy feeling that he’s hiding more from her than he says. With the help of Ethan she not only finds herself, but finds the flame she has always held for her best friend coming to life. Amber never expected to fall into a love triangle, but soon finds herself in a fight between her love for Connor, and the undying love she has for Ethan. What happens when Connor’s little secret is found out, Ethan’s secret leaves Amber abandoned once again, and Amber’s secret eats away at her? 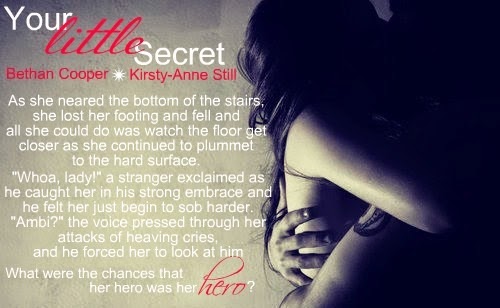 Excerpt
Waking with a jolt, Amber lay with her heart racing, trying to make an escape from its caged captivity. She felt a hand run around her side; it had been so long since she felt anything remotely close to it and she had woken terrified for a moment.
The moment she saw Ethan sound asleep before her, she smiled sleepily, loving the sight of him. She wanted it to be like this forever. She wanted to always wake up to this sight, to always feel this adorned in love. The feeling of impending doom was slowly building in her and she panicked that this moment wouldn’t last long. 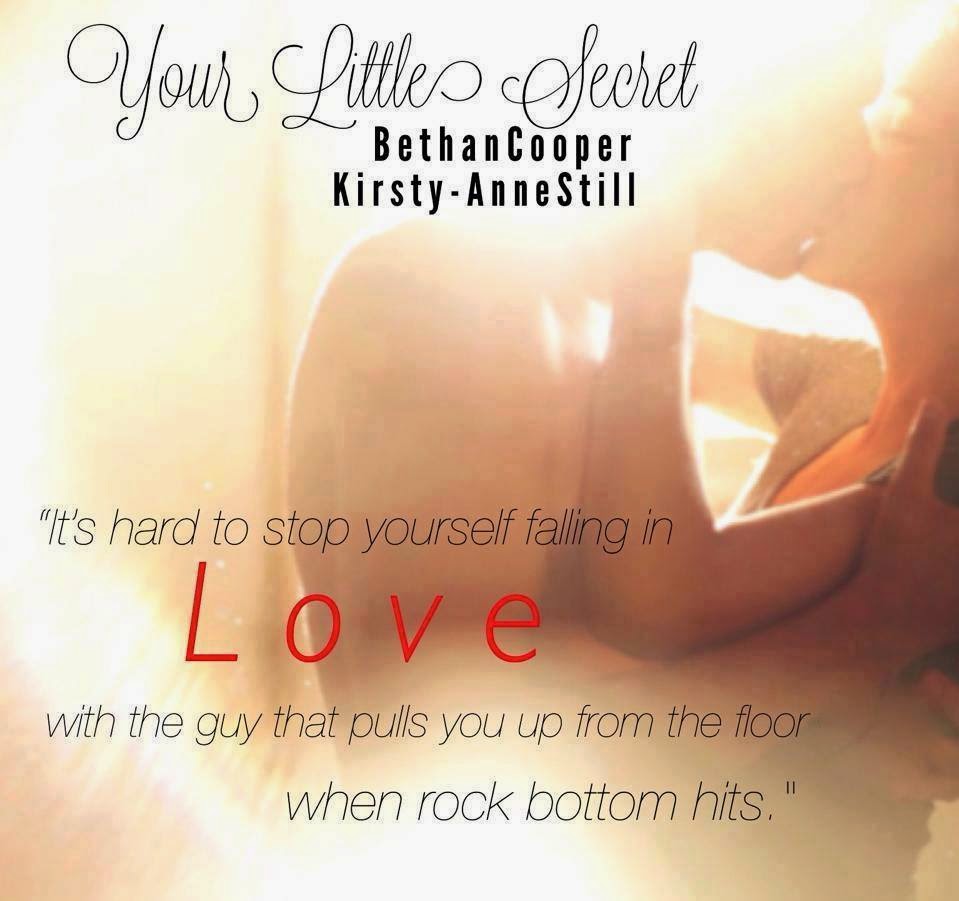 Swallowing hard, she squashed that notion and revelled in the early morning sight before her. After last night, this was pure, unadulterated heaven bestowed upon her.
Reaching out to him, she had to touch him. She had to make sure this wasn’t a mirage, a beautiful hallucination as a result of one too many birthday cocktails. When her fingertips grazed across his soft cheek, she let out the breath she had been holding onto and felt her eyes water. It really happened. It finally happened and he was still here with her the morning after.
In the quietness, she drank in the sight of Ethan and didn’t move more than her arm. Pulling away from him, he mumbled something in his sleep and took his hand off of her side to grab her leaving hand. He kissed her knuckles and settled back into her slumber.
Amber sighed. How could this be any more perfect?
"Amber!" Connor's voice floated up the stairs. His voice was followed by the slamming of the door, the house shaking in effect and shattering Amber’s blissful state along with it.
Feeling her eyes widen, Amber couldn't believe Ethan continued to sleep. Well, they had sex a fair few times, but that didn’t mean anything. She was awake and watching the room close in on her as she heard the first creaky step of the stairs sound out. With just that noise, panic rose like bile in her throat. Fuck, she wasn’t in heaven anymore. This was rapidly turning into a massive mess. Shaking Ethan awake, she covered his mouth to shut him up, his eyes looking at her in horror and she shushed him.
"Connor's out there," she whispered barely audibly, the panic shining beautifully in her eyes. "I need to go to him. I'll distract him so you can leave." She looked at him sympathetically and kissed him on the lips purposefully. Her heart was sealed now. It was pumping a delightful beat in Ethan's hands now. She just prayed he knew that. "I'm sorry. I will sort this." 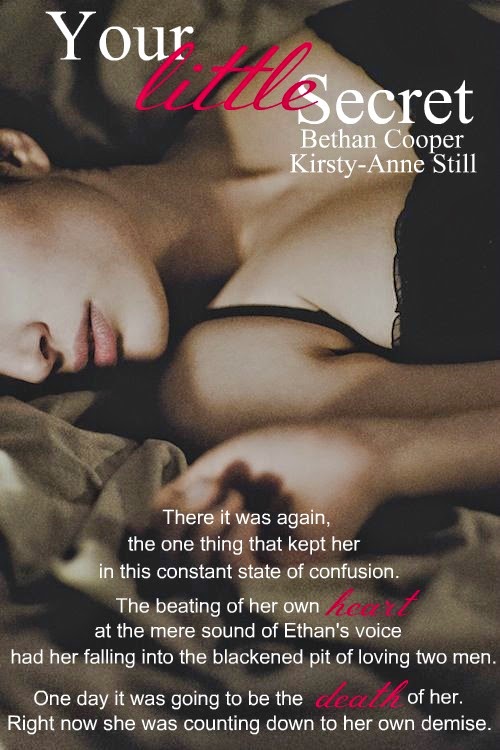 He watched her jump up, dress in her crinkled pyjamas and head for the door.
Turning back to him, she looked saddened suddenly. “I really do love you, Ethan.” It was all she said before leaving entirely and closing it behind her to keep his presence unknown to Connor. Taking the moment slowly, he could hear Connor getting closer to her, but Ethan dressed himself as quietly as possible. Ignoring the pounding of his own heart. He even tried to deny the feeling of his own wounds cracking open again across the surface of his heart. Once he was fully clothed he looked around for somewhere to hide. There was nowhere, and he knew he had one escape route and very little time.
Opening the window, Ethan clambered out, holding on tightly. As the door began to open he froze and he was glad he had as the conversation took a new turn and Connor stood blocking the gap with his back. Ethan held on as he listened to the conversation. He clung onto the windowsill allowing curiosity to grip him and ultimately weaken him.
"I can't wait. I thought I could but I can't," Connor spoke up, releasing the door handle and reaching into his pocket. "Will you marry me, Amber Watson?" Connor's voice resonated up the stairway and into every room in this house.
Ethan didn't stand a chance to hear the response as his palms became slick with sweat and he lost his grip entirely. He fell from the terrace on the house and onto the bush below with a painful impact. As he lay there winded he didn't know what hurt him more - his heart or his body. 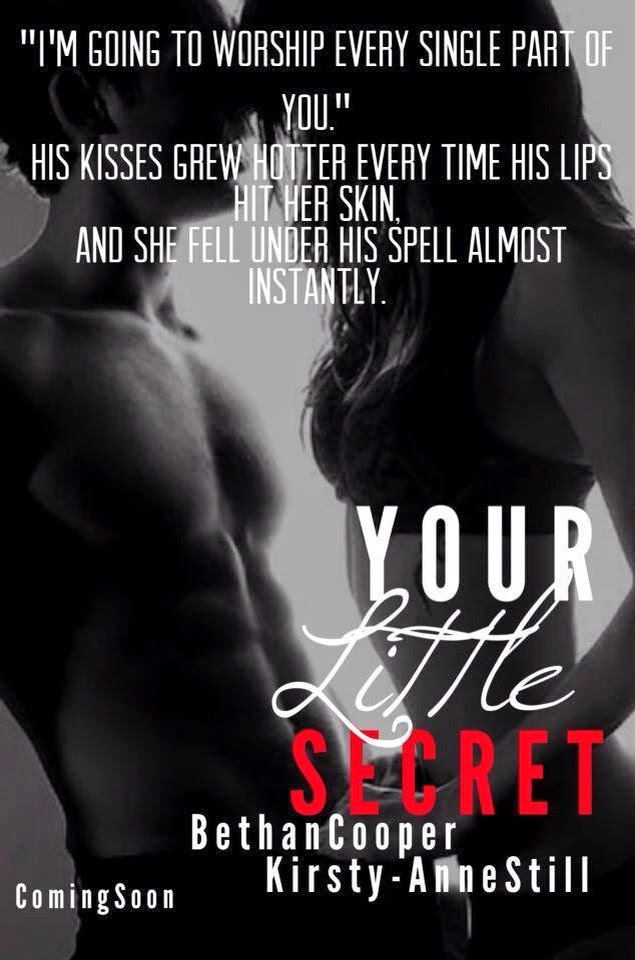 Posted by multitaskingmomma at 2:04 AM