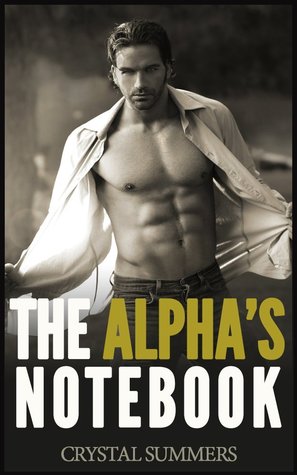 My Rating: 3 of 4 Stars (Rating Based On Short&Light Read Category)

A Modern Gay Werewolf Novella
All Jayden wants is to get away. Overhauling his life, he moves to enjoy a quiet, peaceful existence in the countryside, away from the modern pressures of the city. Unfortunately, cosmic forces have different plans for him, and after opening a dusty, old book in the attic of his new farm, Jayden finds out that he's somehow become the Alpha of a pack of 'modern' werewolves.
As the Alpha, Jayden is meant to lead the pack but how can an ex-human with a crippling anxiety disorder lead a pack of jaded werewolves? Jayden doesn't believe he can but fortunately there's a wolf out there who does...
As the sexual tension continues to build between them, will Frank be able to convince Jayden that he truly belongs as the Alpha of the pack?

I know some would disagree with my rating, but I have to say that I really fell for Jayden. He was so unsuspecting in his change of status as both a human and a non-violent individual.

Jayden was thrust into the world of the paranormal without any preparation whatsoever and it was confusing and troubling. The only thing he could connect to the changes in his life was the old tome he discovered and promptly lost: The Alpha's Notebook. According to legend, this only appears when a potential Alpha appears and simply by touching it or by seeing it, the human turns and becomes the Alpha. Yes, of a werewolf pack.

So here is Jayden, falling for Frank, his neighbor, finding himself lost as a wolf and human, and feeling lost as an individual for his perspective has changed along with his senses. It was a confusing time and yet it was fulfilling - which confuses him all the more.

This ended too soon. It was too short. The only negative I feel for this is that this may be one read where every chapter is released or a group of chapters released one after the other. True to my faults, I am very curious and I cannot let the story of Jayden go. I don't know where his budding romance with Frank is going, I hope to an HEA or just an HFN, but for now, everyting is left to the winds of the changing world of Jayden.

Posted by multitaskingmomma at 4:54 AM