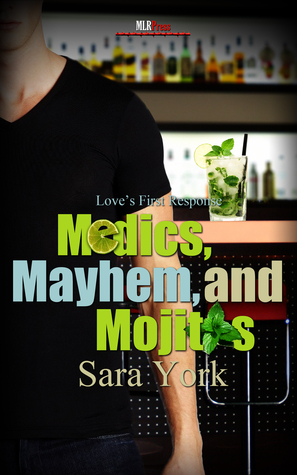 Liam Noble has a hard time talking to guys. When he meets the sexy Jordan McKelvey he's more than speechless.
When Liam Noble meets Jordan McKelvey the sparks fly, but Liam is too shy to act. Because Liam is so quiet in person, Jordan wonders if his feelings are one-sided. If only he could get Liam to open up.
But one night in the bar's stockroom shows Jordan just how interested Liam is. Then Liam disappears and Jordan thinks he's made a huge mistake falling for Liam, but when he finds out where Liam is, everything changes.


Liam Noble, a paramedic, is a very shy man who fears rejection most but ends up sounding dumb when he meets another guy he is attracted to. Basically, his brain turns to mush and those who do not know him or are only after getting into his pants, end up thinking he is a total idiot. Having been on the receiving end of too many rejections made him turn into himself deeper and any thought of a relationship may just be a dream that will never be realized.

When Jordan McKelvey first spots the uniformed man handing out candies to children when doing the trick or treat rounds with a nephew, he knew he wanted the sexy man. He never imagined, though, that he would be that shy and endearing. It was a quick response, but Jordan knew that given the chance, Liam was the man for him.

As their relationship tentatively starts to just heat up, Liam goes incommunicado and Jordan starts
to resent the whole situation. When he finds out what had happened, he drops all and does everything he could to not only get back to Liam but to make sure he never loses him again.

Again, another sweet, wonderful romance from author Sara York. Yes, this is a novella and is mighty short, but now I am getting used to this whole series. Of the three so far, I think this rates as the second best, at least for me, the first, Cops, Cakes and Coffee rating the most romantic for me. This is a bit dramatic compared to the previous two installments and may be a bit different in that aspect but the romance is still there. What I really liked about this one most is that even if this is not one I would consider a HOT! read, the heat the brews between Jordan and Liam is oh, so sizzling HOT! and left me imagining the best.

Posted by multitaskingmomma at 3:58 AM