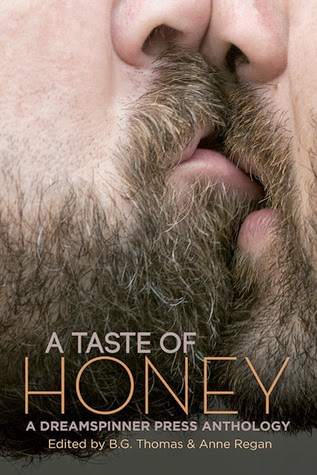 In the mood to try something sweet? How about a collection of stories about bears and the special men in their lives? Guys don’t have to be in their twenties, perfectly sculpted, and hairless to be hot. Bears are real men with real bodies—and that doesn’t always mean a perfect six-pack or an immaculately smooth chest. With bears, it can mean more man to love. The men in this anthology are chubs, cubs, grizzlies, pandas, polar bears, and more—all looking for a connection. And beneath their burly physiques are hearts of gold. Explore the bear scene and beyond with these big, hairy guys and the men who find them irresistibly sexy.


Here I am again, reading another anthology. Getting addicted here.... This time, it's about bears as edited by by Anne Regan and B.G. Thomas, the latter having given an introduction that not only prepares the readers, giving them a glimpse of what to expect, but also subject same readers to have a giggling fit. Great intro!

Bears. Lots and lots of bears. Even bears that are not bears like otters and koalas.

As such, when it comes to anthologies, expect to read a variety of stories that differ in both plot as well as writing style. Some are sure hits and some are sure misses - but that would really depend on the reader, not the author. To each their own and each one wrote something that gives enjoyment. So yes, there is something for everybody here.

There are fourteen stories here but not all of them struck a chord in me. Here are the ones that did, not listed in order of preference.

Truck Stop by Christopher Hawthorne Moss I would probably say is the sweetest of all the stories here. It was not what I expected but it more than satisfied the romantic in me.

Bear Chasing by Renae Kaye is a funny, romantic, sweet and highly informative story about bears. All I can say is WOOF! Ms Renae and now I can smile happy :D This was a good one - and it's an Aussie tale too so that made it better.

The Bear At The Bar by J. Scott Coatsworth was a real surprise. It was thought provoking and served as a huge lesson. This was really good!

The Bear Fetish by John Amory is a May-December romance that maaaay just extend to New Year or further. This has a potential for a much longer novel and I would really love how Robert's and Lusio's relationship would play out.

Hunting Bear: A Fairy Tale with a Very Hairy Ending by Edmond Manning has a fairy tale feel to it but with a twist. The search for The Great White Bear is on the go. How it ends is surprising for love may just be hiding in the bushes right beside Tyler.

That is my list, but I know each reader will have their own opinions. Recommended to take to bed.