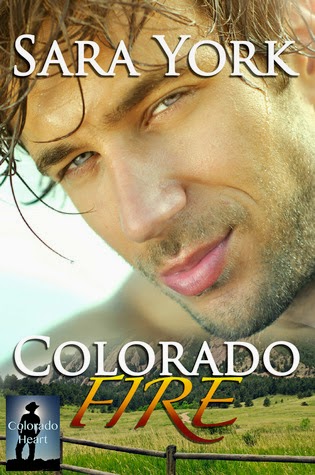 Where there's smoke, there's fire.
Marshal has it bad, but can he figure it out before he ruins his relationship with his best friend, or will he mess up the one good thing in his life.
Zander doesn't know if he's coming or going. Life at Wild Bluff has been easy up until now. His head is spinning and his heart is aching. Can he figure out Marshal's mess before it puts them both in hot water?
Grant Stovall is in too deep. Should he turn to or away from Roger Burk? If only the answers were easy, and he could be sure. Craig is back in town, ready to serve a burn notice, destroying everything the men of Wild Bluff hold dear.
Colorado Fire is the second book of the Colorado Heart series. 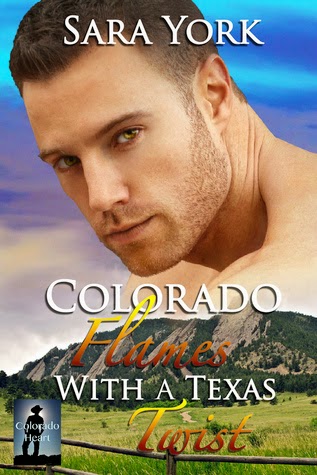 
James Davenport can’t help but spy on Brody Medders, hoping to catch a glance of the sexy fireman. But he’s not the only one watching Brody. A twisted past of lies, drugs, and deception has caught up to Brody and now he’s in danger. After Brody is hit by a car, James comes to his rescue. James values honesty, but there is more to Brody’s story than he’s willing to share.

On Wild Bluff, Marshal is dealing with injuries that have sidelined him. Doubts about their relationship surface, driving a wedge between Zander and Marshal. A mission in Brazil requires Zander’s attention, leaving Marshal alone on the ranch.

When Colorado and Texas collide, you never know what will happen.

These men from the Colorado Heart series are simply irresistible. Gorgeous, deadly, compassionate, assassins, cowboys and lovers. Yes, definitely irresistible! Their stories are so intertwined it is best to read the series as a whole. Some men will drive you to tears, some to fears, and some to frustration, but one thing is sure: they all are lovers we dream of.

For Marshall and Zander, they had been best of friends since both came into the ranch. Everyone knows both men are close enough for brothers, but what none of them knew, though Roger suspected, was that Marshall had a definite thing going for Zander. When they finally get it together, both literally and romantically, both men find the joy of their lives and finally may just find their dreams of a happy life in the middle of all this chaos.

Then there's Brody the paramedic and James. James had been a ho but that did not mean he did not want what the others around him were enjoying?! So he looks to the right and sees Zander and Marshall; he looks to the left and sees Billy and Tucker; he looks in front of him and he sees Roger and Grant teaming up too. Of course he wants what they have, but can he have it? Brody is a civilian and could not nor should not be exposed to information that could get him and the men of the Bluff in danger. James has a whole lot of decision making to do.

Within all the romance and military jargon and action, we have Craig. Yes, that manipulative former team mate and lover of Grant who had been slowly and surely betraying his teammates for years and destroying Grant's self-esteem in the process. He sees Grant with a man and immediately thinks Marshall and all hell breaks loose. Then there is DEA Mike Jarred. It does look like this character is going to play a larger and more important role than what we got from book 3 so I do imagine he is going to be the character in focus for the up and coming book 4.

The Colorado Heart books is pretty much written like the Texas series but where that one did not have a convoluted set of characters, the Colorado books definitely is filled up to the brim with them. To top it off, it is impossible to make heads or tails of the series without reading these in order.

There is romance, there is action, there is mystery and there is erotica. A tale of espionage and romance set in the wilds of Colorado, Sara York is a master of spinning tails involving gun-toting assassin cowboys and the lovers they choose to live their forever with.