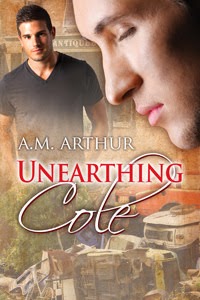 Cole Alston swore he’d never return to his childhood home in rural North Carolina, but when his mother dies, he inherits her hoarded property. He hopes to sell everything and use the money to start over in Canada, far away from his abusive ex-boyfriend. It’s a daunting task, and Cole has no idea where to start. Luckily for him, the local antique store owner, Jeremy Collins, volunteers his services in sorting the hoard. Their professional relationship soon evolves into a personal one, but Cole must overcome his past and his anxiety before he can accept a new man in his life or the possibility of a happy future. 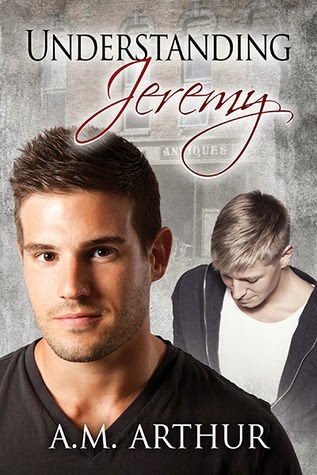 
Sequel to Unearthing ColeDiscovering Me: Book Two
No one in Jeremy Collins's life ever stays. His parents, sister, and wife are all dead. Now he has taken Cole Alston into his home to help him recover from years of abuse at the hands of his ex. Jeremy hopes Cole, who he loves, will stick around, but after eight years of Cole not being allowed to make his own choices, Jeremy doesn't think he has the right to ask. As Jeremy keeps his concerns and desires to himself, his best friend Bethann calls on him for a huge favor--claim he's the father of her baby so she isn't ostracized in their small town for sleeping with a married man. However doing so would be tantamount to denying his relationship with Cole. Rumors fly before Jeremy can explain to Cole that he said no, and suddenly the whole town is in his business. Rather than reassure Cole, Jeremy's explanations have the opposite effect. Something is going on in Cole's mind that Jeremy doesn't know about, and in order to get Cole to talk, Jeremy will need to confront his own deepest fear.

The Discovering Me series is one continuous story and so is best read back to back. Which I did. And it was beautiful.

This is the story between two troubled men. Each having a past they did not want to share. A past that may not necessarily parallel each other but traumatic just the same. As each man gets closer to the other, they get more dependent and fall deeper in love. Theirs is a story that grasps at the heartstrings and yet warms the heart for they are a beautiful couple who really deserve to be happy and loving each other.

In the first book, Cole finds himself back in his hometown after he learns of the tragic death of his mother who leaves him all of her worldly possessions. Possessions she and her late husband, Cole's father, had hoarded together for almost thirty years. It was not a heritage Cole wanted or needed. But he must do what he must do: clean and clear up then sell the place.

Jeremy is an antiques dealer and he finds treasures from what others may think of as worthless junk. He had been wanting to buy some of the items Cole's parents had hoarded but was always rebuffed. Taking another chance, he asks Cole if he could still have a go. What was there to loose? Nothing really. And Cole needed money so he could move on.

Discovering treasures within the trove was a surprise and Cole found he could gain some sanity and money in the process. The two men sort through the junk and clean house. They go through the motions of doing all these activities as friends who then become friends with benefits. But the benefits slowly turned to companionship and in a short time, both men find they relied on each other.

The ex factor comes in but no drama came out of it. Just a closure needed by Cole. But things turn around, and not in a good way, when Jeremy's friend suddenly thrusts responsibility his way and now they have to deal with not only the land Cole has to sell but the judgement of the town people as well. Will they survive this? Will their love even make it?

This is a simple plot and yet it was so beautifully executed and the continuity between the two books well thought out that both books read like one lengthy novel. It was hard to put this down for the story went fast and the drama was not dragging in any way. The romance that developed between the two men, DID develop throughout the two books - not just one. This characterization and plot movement really got my attention and I just fell in love with their story.

Posted by multitaskingmomma at 11:08 PM