Series Review: Wolves of Flathead by by Rebecca Brochu 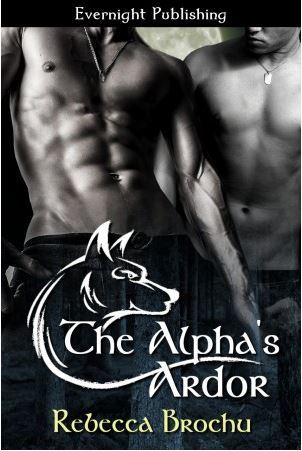 The Alpha's Ardor (Wolves of Flathead #1)


by Rebecca Brochu
Published May 21st 2013 by Evernight Publishing

Declan Adair and his twin brother Lachlan are wolf shifters with no home or pack and a dark past that makes them hated by other weres. Hunted and forced to separate, Declan finds himself chased north and straight into Flathead, a large sprawling territory that is home to a single massive pack.


Unsure and more afraid than he wants to admit, Declan’s situation is only made worse by his undeniable attraction to the Flathead pack’s alpha, Law.
Law is everything an alpha should be: powerful, controlled, and surprisingly enough to Declan—kind. And when Law seems to want Declan just as much as Declan wants Law, it’s unbelievable. With a past full of hurt and the knowledge that the only one he can trust is his twin, Declan is torn between the way he knows the world works and the possibility that the alpha’s ardor might just be real.
Be Warned: m/m sex, knotting 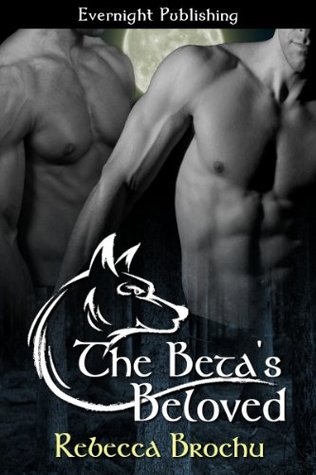 
A year after Declan Adair crashed into Carson territory and into the alpha Law’s heart, things have finally settled down. Except for the fact that Trace Carson, Law’s brother and right-hand wolf, is head over heels for the fiery but skittish Lachlan, Declan’s identical twin brother. The entire pack, including both of their brothers, knows how Trace feels about Lachlan. The only problem is that Lachlan seems completely oblivious to Trace’s interest.
Trace, in a final attempt to woo the elusive Lachlan, whisks him away to the northern reaches of the territory and a remote cabin deep in the heart of the forest. Trace hopes that he can convince Lachlan to give him the chance he needs to prove himself before someone else swoops in and takes his beloved away. Trace will do anything to prove to Lachlan that he can be the man and the wolf for him.

The Wolves of Flathead is a very romantic shape shifter story that focuses on twin weres Declan and Lachlan Adair. They had been on the run for a long time, after both parents decided they must be saved from the evils of the hunter clan that kept them as hunting dogs. Although both parents were killed in the process of escape, the twins were fast and had enough strength to get out and survive. And survive they did, in the wilderness and from being hunted by their own kind. Their family name is synonymous to traitors of their own kind.

The first book opens with Declan running for his life. He was being tracked and hunted by a beta wolf and even if he was faster, having been severely wounded by a bear left him weak and unable to heal as he should. At the risk of either getting caught and killed by the beta hunter or crossing uninvited into another wolf territory and most likely be killed for trespassing, he chose the latter.

Law is a powerful alpha and when he spots the trespasser his instinct was to protect his lands but the sight of the young and injured beta stopped him in his tracks. His scent marked him as his mate. In a move that surprised him and Declan, Law fights off the hunter beta and takes the young were into his home. And into his heart.

The second book happens a year after, when Declan's twin, Lachlan, had been living as part of the pack within the community and in the home of the alpha, his mate and the top beta, Trace, who is also the younger brother of Law. Trace had first found interest in Lachlan's voice when he first heard it on the phone while talking with his twin. His wolf perked interest and soon Trace found himself looking forward to and eavesdropping every single time a phone call was made. He was elated when Lachlan finally joined their pack and meant to take it slow and easy before courting the young were openly. But he was too slow and taking too long. At the threat of other betas taking interest, he knew he had to do something soon to make Lachlan his mate once and for all. His plan would either result in his mating or losing the man he knew as his.

These two books are a very romantic read. Although there are none of the usual action packed scenes where alpha fights another etcetera and deaths, blood, guts and gore flying through the pages, this was still so very interesting. Yes, I agree, it reads like a romance novel and the spice is the were thing but it is romantic and it does end with an HEA for both sets of brothers.

Posted by multitaskingmomma at 3:57 AM