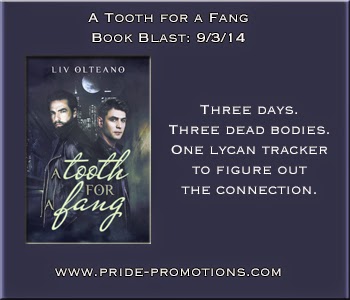 Liv Olteano is a voracious reader, music lover, and coffee addict extraordinaire. And occasional geek. Okay, more than occasional.
She believes stories are the best kind of magic there is. And life would be horrible without magic. Her hobbies include losing herself in the minds and souls of characters, giving up countless nights of sleep to get to know said characters, and trying to introduce them to the world. Sometimes they appreciate her efforts. The process would probably go quicker if they’d bring her a cup of coffee now and then when stopping by. Characters—what can you do, right?
Liv has a penchant for quirky stories and is a reverent lover of diversity. She can be found loitering around the Internet at odd hours and being generally awkward and goofy at all times. 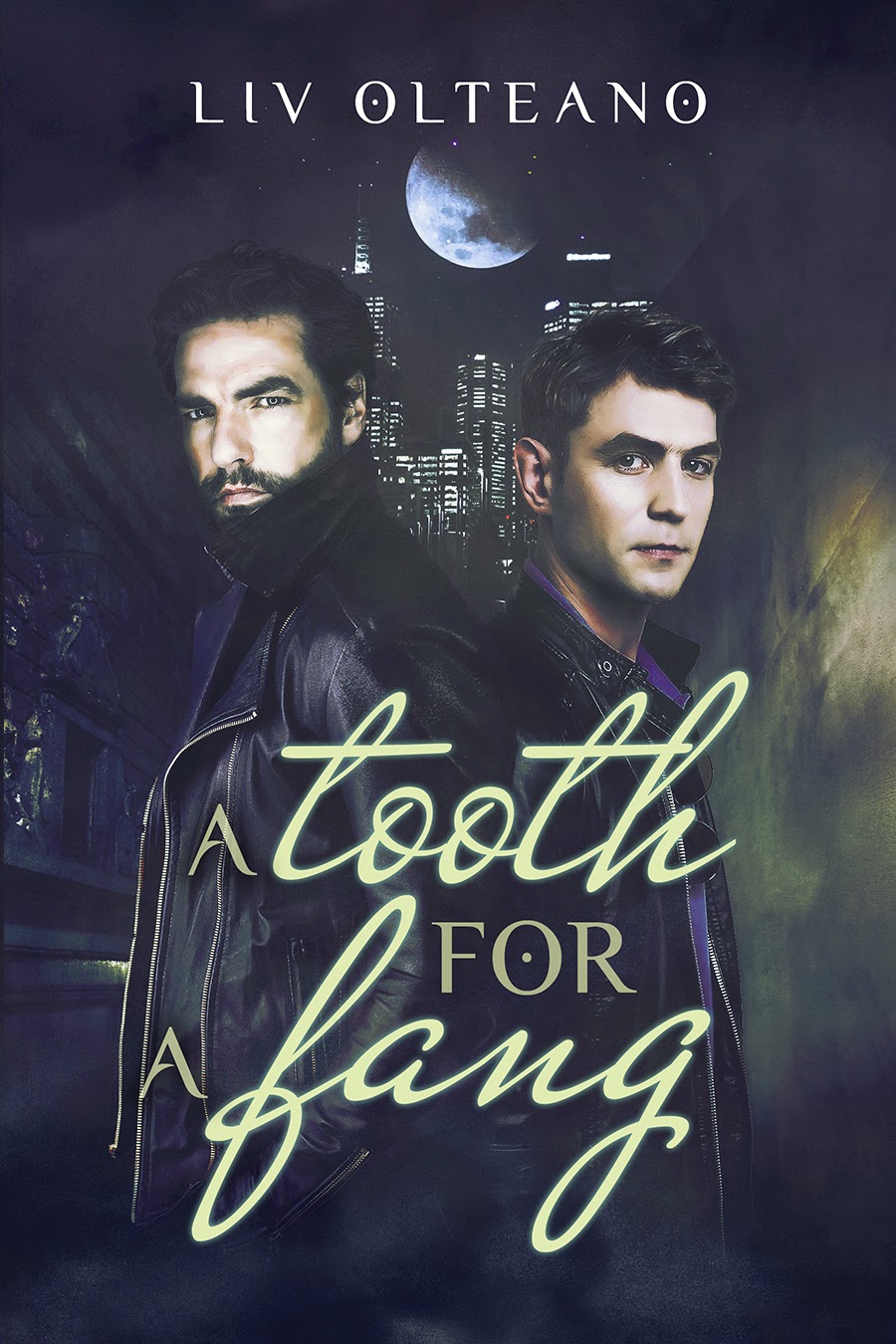 Three days. Three dead bodies. One newly turned, broken-hearted lycan tracker to figure out the connection.
The one summer Rick Barton takes a vacation, all hell breaks loose. Running from an abusive relationship leads him into the arms of hard-nosed lycan Travis Chandler, who gives him little choice but to become a lycan too and join the Paranormal Bureau of Investigation. Out of options, Rick joins the weird organization, expecting some two weeks of training and an adjustment period. Tough luck, he doesn’t get either. On his first day, his new partner offers to promote him to field agent if they get mated – less time wasted on training, more time on the field, and considering Rick is the only tracker the Bureau has on hand when a wave of strange murders hits the community, time is of the essence.
Someone’s killing the leaders of the paranormal world and mutilating the bodies. Investigating and tracking clues is enough of a challenge, and Rick must contend with an impatient Council, Travis’s advances, and actually adjusting to being a lycan. Only one thing is certain: Rick’s new life promises plenty of interesting adventures—as long as he can survive.Categories Per the Author: Crime Fiction, Fiction, Gay Fiction, M/M Romance, Mystery, Paranormal, Romance, Erotic

Rick was on vacation. He really needed it. He wanted it. He loved the beach and thought it was just the right thing to enjoy, especially after having just walked away from an abusive relationship. He looks up and there is this god rising from the waves in the tightest Speedos. The grin was enough to drive him insane. When the god reaches for his hand and takes him for a ride in the waves, it was spectacular. Until the god bites him.

Rick wakes up into a crazy world, one filled with tail wagging doctors, beautiful women with wings on their shoulders and ankles, and an alpha partner who not only is an ass in god-disguise, but he also seems to be one of them. He had been turned. Now he needed to either agree to be bitten a second time or risk not being able to function as a human forever. His sense of smell also seems to have improved 1000% and the scents are just confusing and drowning him. When his nose picks up a scent that can maybe solve three paranormal murders, then he knew he was in a whole lot of trouble.

But first, he needed to whoop some god-butt who just happened to be his partner/alpha/mate. How he does this, he has no idea. He needs to solve the murders, get around bitchy alpha mates, and see if he can survive this world.

The first few pages was super hot and then it turned into curious hot, then just sent me into a world that got me just as confused as it did Rick. This is a world within our world and this is filled to the brim of paranormals all at once. It was kind of hard to figure out what was really going on in this world but once I continued to read, the details were slowly revealed - just as Rick discovered them. Some were a shock, some were confounding, and some were just plain exotic.

There is really no romance here, at least at the beginning, and it seemed like Rick was really just pushed into a corner and made to act out of need. His developing into a tracker was confusing for him as he needed to learn how to figure out the differences of the scents and their definitions. Also surprising for him was just how quick he was adjusting in this strange world.

Travis is an alpha and his turning Rick was a trick that all alphas in their world resorted to. It was a nasty trick and got both the alphas and their new partners into a situation that was not agreeable to all. Travis' turning Rick without preparation grated on me but knowing that they all did this out of tradition just plain boggled the mind. That many were fighting against this tradition was enough to tip me that things were not so clean in this world.

This is obviously a first book and it really left a lot of holes that needed to be filled up. Knowing that Rick and Travis will be part of the filling up process though, that was a good feel. Yes, I disagreed on a lot of things going on here but then, so did many of the characters and sub-characters - so I knew I was on the right track.

This is a curious world and changes are going to be coming that will put Rick and Travis onto the forefront of things. Most likely, the head alpha himself, Weiss, is going to play an even bigger role in the next book.

That next book, now that one, I want.

“Hey,” he said.
I looked up at him, the deep tone of his voice making the little hairs on my nape stand up on end. Goddamn, he had the sexiest voice I’d ever heard.
I smiled. “Hey.”
His eyes were almost scary intense as he stood there before me and gazed down into my eyes. Most guys would feel awkward about prancing around in snug Speedos and talking to someone who’s sitting down right in front of them. This guy had no issue whatsoever with it. Why would he? He was a god of summer, with the skin and the eyes and the package to make it work.
The longer we stared at each other, the bigger his grin grew. Those lips had a wicked effect on my pulse. My heart began to pound. And the more awkward I felt, the more he seemed to get off on it. Whatever this guy might’ve been thinking, I wasn’t a blushing virgin. Or at least I wasn’t a virgin, with the heat and all I couldn’t tell if I was blushing or not. Hell, who even cared? I sure didn’t.
“So,” I said in a strained voice, “how was the water?”
He hummed a bit, as if he was thinking on that. It was water. How difficult could it be to say something about it? Instead of saying anything, though, he reached out a hand and kept it that way until I grabbed it. He got me up to my feet, gave me one of those blinding grins, and began walking toward the water and dragging me along.
“So you’re one of those ‘show, don’t tell’ kind of guys?” I asked as calmly as I could.
He chuckled. “Definitely.”