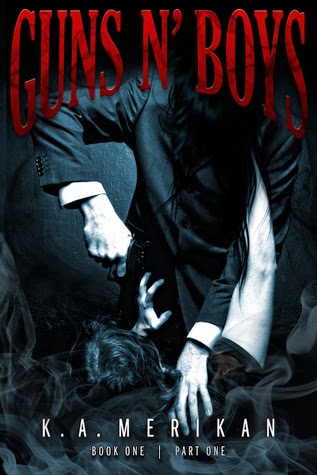 
--- Love is sour like a Sicilian lemon. ---
The Family is always right. The Family doesn’t forget. The Family pays for blood in blood.
Domenico Acerbi grew up in the shade of Sicilian lemon trees ready to give his life for the Family. Ready to follow orders and exceed expectations. A proud man of honor.When Seth, the younger son of the Don is kidnapped, it’s Domenico who is sent to get him back. The man he finds though, is not the boy he knew all those years ago. Lazy, annoying, spoiled, and as hot as a Sicilian summer.
Seth Villani wants nothing to do with the mafia. Unfortunately, he doesn’t get a say when the Family pulls him right back into its fold after his mother’s death. Thrown into a den of serpents otherwise known as the Villani Family, Seth has to find a way to navigate in the maze of lies. But when Domenico Acerbi, the most vicious snake of them all, sinks his fangs into Seth, the venom changes into an aphrodisiac that courses through Seth’s veins.
Domenico knows his life is about to change when he gets the order to train Seth up to the role of future Don. Seth isn’t made for it. He isn’t even made. But a man Domenico knows he would never have to fear might just be someone he’s always needed.
If Seth is doomed to follow in his father's footsteps, he might as well enjoy himself—with the most intoxicating man he’s ever met. Maybe he can even fool himself into believing that Domenico isn’t a handsome sociopath who kills for a living.
POSSIBLE SPOILERS:
Themes: Enemies to lovers, mafia, homophobia, assassin, organized crime
Genre: Dark, twisted erotic romance / crime thriller
Erotic content: Explicit gay sex, coercion
Length: ~110,000 words
WARNING: Adult content. If you are easily offended, this book is not for you. ‘Guns n’ Boys’ is a gritty story of extreme violence, offensive language, abuse, and morally ambiguous protagonists. Behind the morbid facade, there is a splash of inappropriate dark humor, and a love story that will crawl under your skin.

Okay, first off: I did not expect to like this book much less finish it!
Second: Silvio! Ha! Those who don't know this guy??? tsk tsk
Third: TABOO!!!!! holen!
Fourth: what next???

Guns n' Boys is a tough, rough, sexually mean story about two half brothers, sons of an Italian Don, who not only find themselves within a taboo relationship but in each others' faces and spaces after Seth is made Don-in-waiting by their father. Why? No one knows and it is not a deal everyone is happy about - including Seth. Then of course, Dom is made his shadow, his bodyguard and the keeper of his fate. Again, by their father. Why? No one knows. What follows next is a story that is quiet in its chaos and deep in its shallowness as a mob-action story that stars two gay half-brothers.

Looking into this type of plot I dismissed this as an easy peasy read that I could finish within a few and say: ho hum. Boy, was I wrong! Totally, absolutely, shockingly, wrong!

The theme is as twisted as the authors K.A. Merikan warned readers about; the end is just as cliffhanger as the authors claimed it would be; for the easily offended? BE VERY OFFENDED! I am not though, I am shocked, honestly intrigued and got into the groove with the story that is about two anti-heroes within a Taboo relationship.