Degreed in English and Library Science, I spent years contributing to the downfall of the American economy at an investment bank you've probably heard of. Always a forward thinker, I left finance before things got really lucrative to pursue a career in real estate, just in time for the market crash. Oh well, it was fun critiquing your decorating choices while it lasted. And being regularly featured in the New York Times as one of their historic house experts. 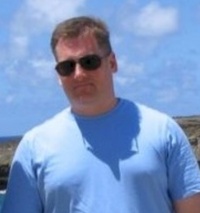 Since then, I've been holed away in my 200 year old cottage on a mountainous country lane with my husband-to-be, our three dogs, and a stray cat that somehow worked his way inside. Landing a dream job where I was paid to discover and write about great stores and restaurants up and down the Delaware River area rekindled my love of writing. At the same time, my passion for social justice and a desire to unite and support the common struggles of all oppressed people: women, racial and religious minorities, the poor, LGBT, and now, sadly, the middle class, led to the first of many novels that I hope one day to establish me as the weirdo oddball outcast in my favorite genre to read and write: M/M Romance. 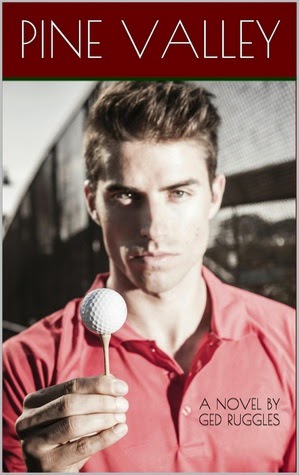 Most men of ambition would kill for the chance to play a bracing game at Pine Valley, the most celebrated, and exclusive, golf course in the world. And in the summer of his 30th birthday, Jeff Carpenter gets his chance.
Trouble is, Jeff isn't exactly a man of ambition, having put his literary dreams on hold 10 years ago for a soulless back office job. Nor did he ever master the art of the swing farther than once making par on the giant dinosaur hole at his local childhood mini golf.
But a chance encounter with the son of Pine Valley's most senior councilman at a Philadelphia gay bar, sparks a clandestine romance that plunges Jeff into a web of intrigue that threatens Pine Valley's very existence.

One of the perks of growing up in a small, but progressive city is being able to tag along with brothers, uncles and cousins to the different local golf and country clubs. So when I read the blurb for Pine Valley and saw the setting was in a snobby, highly exclusive private golf, country and residential club, it was curiosity that drove me to read and maybe compare what I knew and from what I was reading. Curiously enough, there are so many things going on in Pine Valley that were a reflection of what I had assumed but written in a satirical manner.

First off, this is not your regular boy meets boy romance where one is rich and classy and the other from the other side of the tracks. Well, technically, it is, but it really is not. If this confuses you, then definitely this is the book to spur you to read this hilarious look into the ins and outs of the supposed elite golfers.

Jeff is 30, definitely male, talented, but stuck in a job he could not care less for and definitely not going anywhere - except maybe go back home to mama and papa to launder his clothes. Hiding his gayness for a long time, he was just finally getting relaxed into it (even if he is still straight in parents' eyes) when he meets this rich, handsome boy.

Kent is Junior. His family was the root that set up the highly exclusive and renowned golf and country club. Being the son and heir to this exclusive club had its perks, but it had all to do with 'straight' perks. Think ultra-conservative GOP SBs and there you have it. He wallowed in the life, thank you, but should his father find out about his gayness, he could loose his inheritance, his name, and lots of money. Money that had been multiplying since his great grandfather five times removed had cultivated. When he starts up a relationship with the curious Jeff, he knew he had to make a choice. Especially when he knew he had to break up with his official girlfriend who wanted to take his curvy PA out on a date because he knew he had fallen irrevocably in love.

Sound romantic so far? Well, definitely, but then things do not flow according to the formula. One discovery leads to another, a straight, fearsome man is actually a woman trapped in a male body, and a fearsome father turns out to be an even more fearsome, sleazy, homophobic, and obnoxious individual. Then Jeff's BFF/ex-girlfriend, a high profile journalist, takes a whiff of something and is on to the chase of a story that could break all stories, and take along with it, Pine Valley itself. Add in misunderstandings left, right and center, a romance that goes on high heat then hits the cold shower, it could be an exhausting read. A hilariously, comedic read. This is definitely not a regular or formulaic romance. It is full of comments on the lives of the rich and the poor, politically incorrect comparatives on social goings-on, and a lot of tongue-in-cheek-tea-party-occupy-a-street humor coupled with farcical sarcasm from within and without.