Ashley Suzanne is a married mother of three little boys as well as a daughter, aunt, sister, best 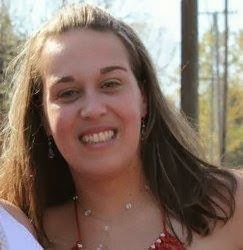 friend, birth mother, blogger, book whore and author. Ashley is a native to the suburbs of Detroit, with most of her family living in Kentucky and New York.
You can usually find Ashley sitting in bed, with her laptop, playing on Facebook, pretending to write, entering giveaways (she's also a swag whore) or on a football field with her oldest son, Tyler. Yep, not only is she a football fan, she's a football mom!
When she's reading, it's typically something to do with romance, erotica being her favorite genre. She's a total fan-girl over a few authors, Pamela Ann, Brooke Cumberland, SE Hall, Madeline Sheehan, Jasinda Wilder,  CM Stunich, Nicole Jacquelyn, Erin Noelle and Riley Rhea to name a few.
Ashley has no pets, unless you count her children and she is a little OCD. Her favorite color is pink. Her favorite drink is cherry vodka and coke and double chocolate brownies are a must. 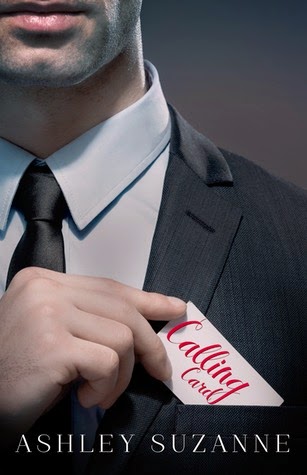 Relationships are for the weak. Those individuals who have a problem being just that … individuals, people who can’t fathom standing on their own two feet and not being defined by another human being.
I’m not, nor have I ever been, one of those people.
I’m me. Nothing more, nothing less. You can take it or leave it, but usually, they take it. And I proudly give it. Every. Last. Inch.
Companionship only lasts as long as it takes me to leave my card on the counter as I’m leaving before she wakes up.
My name’s Dexter MacFadden. What’s your number?

Review
My Rating: 4 out of 5 stars

Ashley Suzanne is my queen of writing twists and I expect no less when I pick up her books, the latest being Calling Card. Well, this time the twist is on me! It's a straightforward love story, but no less beautiful, because it's one about redemption.

Dexter MacFadden is a real tool. Granted, the women he takes to his bed all have a chance to say no, but it's how he treats them afterward that makes him so. He leaves his number, yes, and then he gives them an additional one.

Never have I heard of "score" being used this way! It's novel, but still no less painful for the other side involved. However, Dex doesn't think that way; plus, it's a great cataloging system for him to keep track of who to contact when he's in that part of the world again.

All women are just numbers to him except two. His best friend Briar and her daughter Katelynn. These are the only two people with whom he is his whole self because Briar was there even before he became a world-famous fashion photographer. She was actually the reason why he got the reputation for being the best when she shot to the top of the fashion world. She's off limits to him, though, because he values their friendship more than a quick physical connection.

When the fashion world finds itself a juicy new scandal - him - he retreats back to his home country and starts discovering things about his past he never knew or realized; things he thought were true that made him who is. He realizes then who and what are most important and decides to go find to his own, authentic path.

Although this is a quick read, Calling Card is a novel with more than a simple story. Dex can be anybody and he can also be me. The point being - exactly how "you" are you? Did you become the image you want everybody else to see or are you truly your own self? Ashley Suzanne again plays with your mind, but this time, not using her characters. She makes you look inside yourself.