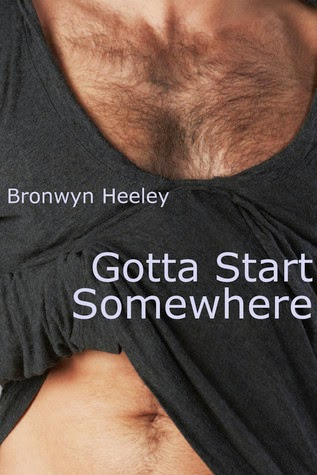 My Rating: 4 of 4 Stars (Based on Short&Light Read Category)


Sean has always been a big boy, hairy, manly, but that’s what’s on the outside.
For the men who just want Sean for his body, it was not what was on the inside that mattered: it was the outside package that counted most.Set up by his mates, Sean entered the horrors of a nightclub but he soon realises it could be the best lost bet of his life.
James and his long-term partner have finally broken up, and suddenly all James can think about is going for the man he’s wanted since their first meeting.But does James want him for Sean or to make himself better after a breakup?

So this is my first read for the day. And it is a very short story. A very, very HOT! short story from author Bronwyn Heeley.

This is about Sean. A bear of a man who always hated going to clubs for obvious reasons: being hairy meant easily getting hot and sweaty in a crowded room where the lack of air circulating only causes the heat to rise. He also really did not look forward to a life of just doing one-sit-acquaintance-thingies in the dark. Unfortunately, he had to be where he was now, sweat and all, in a room full of men, because he lost a bet. Truth is, whether he liked it or not, he was physically attractive because of his size and hairiness, amongst other things.

Then there is James. He broke up with his partner because said partner had changed in so many ways. So now was his chance to finally make a move on Sean. But, making a move is all well said and done - getting accepted by Sean was another matter. Especially since Sean is a bear of a man and James' type are twinks.

The blurb really says it all. This story happens in one night but the backstory, the ongoing one and the future was written in such a way that made me dream of an instalment. What happens after that great night? What angst or drama would rise to complicate their budding relationship? Will the ex come back and start a triangle war? So many questions arose from just 18 pages of great, fast reading.

Super HOT!, fast, short and light read that leaves you wanting for more of Sean and James.