Knoxie Hammett has been The Bare Bones' tattoo artist for years. He's just drifted through life, living it large and performing in their Triple Exposure films, recovering from a divorce he never wanted. Suddenly Knox has a reason to live and to Prospect for the outlaw motorcycle club.


He'll need their help to rescue the lovely Bellamy Jager from the jaws of the warped, cutthroat cult leader who has been holding her hostage for all her adult life. To the neglected, abused teenaged Bellamy, living in the desert canyons off stolen food and time, the sanctity of the ashram looked like a safe zone. But her haven turned to hell and she was drugged and abused, ignorant of any other way of life.

Knoxie will need every one of his Bare Bones brothers and every ounce of bravery he can muster. To save Bellamy and her white slave sisters from the twisted Swami, he’ll need to pull off the most daring heist of his life to prove to the club and the world that he’s…BAD TO THE BONES

I am so thankful that Layla Wolfe wrote Bad to the Bones! I'm addicted to The Bare Bones Series and I'd jump at any opportunity to get my fix.

I knew it would be too predictable for the Illuminati brothers to have another sibling hiding out in the desert (but I haven't lost hope!). But it turns out Madison had an old friend that did. Bellamy used to hang out with her when they were teens and was lost in a different way when Madison just disappeared.

Also a product of an abusive household, Bellamy is one of those kids who camped out on the bluff, trading tricks for food and security, barely staying out of trouble. Without Madison's guidance, she is totally, completely lost. That's when she's found by recruiters for a cult that even the bikers consider warped, and these are people who are open to just about anything.

Knoxie is really a sensitive, artistic soul who prefers the straight and narrow way. When his wife and kids leave him because sticking to his principles have them almost destitute, he's forced into the odd jobs and x-rated films so he can pay his alimony. Not exactly how he envisioned living but he feels obligated to provide for them by any means possible. He already has too much to handle, he doesn't know why he's feeling the need to rescue yet another lost spirit.

The lengths Knoxie goes to in helping Bellamy debrief and well, detox, are definitely above and beyond. They both suffer for it, while being inexplicably attracted to each other, but isn't finding your other half worth any and all pain?

This swami person is himself a ridiculous character who simply has more than a good share of charisma. But the abuse of such a gift has led to nefarious and illegal activities that have the government breathing down on P&E, which the Bare Bones don't like at all. How they finally clear themselves and deal with this toxic cult should be stuff of MC Legend.


I did notice that Layla Wolfe let someone from the past surface for a while. Does this mean Bad to the Bones isn't the end to The Bare Bones Series? Oh, I hope so!!! 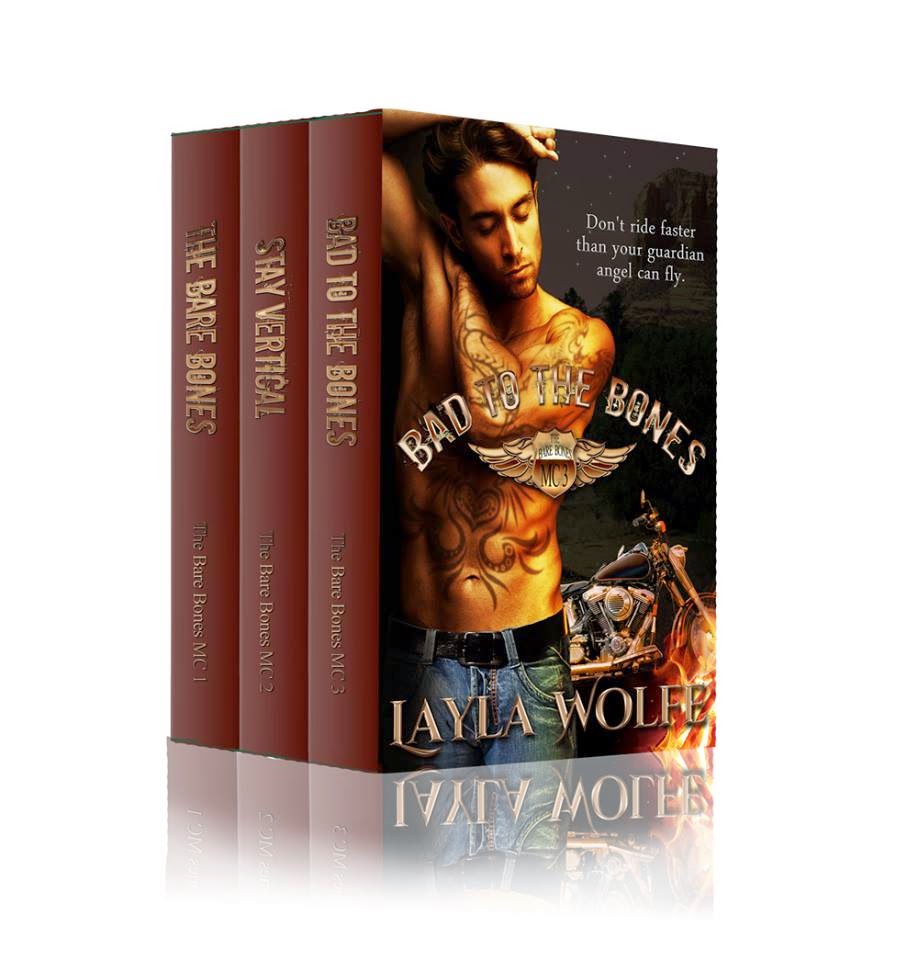