A stay-at-home mom, Chelsea spends her days drinking entirely too much caffeine, baking sugar-sweet treats she never eats, playing on Pinterest, and jotting down notes for her novels. A dreamer at heart, she’s been creating happily-ever-afters. She’s a lover, a writer, a dreamer, would rather type than speak, wants to remember everything, loves lots of ice in her drinks, and is slightly introverted.

USA TODAY bestselling author Megan Smith is a New Jersey native managing purchasing for an award-winning business IT and software development firm - and by night creating the memorable characters her fans have grown to adore. Smith's The Love Series introduces readers to MacKenzie Cahill - a hopeful young woman who experiences adversity, challenges and the bittersweet triumph of true, authentic love.
Smith is a wife and mother, who makes time for her family, professional life and the creation of the Cahill's world. Fans of The Love Series - Trying Not To Love You, Easy To Love You, Hard To Love You - are captivated by relationships, special bonds and family ties pervasive in Smith's emotional, energized and engaging work. Smith is also the author of the 2014 releases, Let Me Love You - continuations of The Love Series, Finding Us (Finding Series) and a few top secret projects. 
Including: Forever Dark and Forever Light

From the lights of the field, to the curve in the road, one shattered breath leaves friendships forever altered. The Forever Love Series will submerge you into two novels intertwined together where love and loss can break you down, tear you apart, and even last forever, if you’re willing to let it. After a celebratory night for six friends on the cusp of adulthood ends tragically, they’re left learning how to carry on. Years later, through their own struggles and accomplishments, each is left suspended by fears that encase them with such an intense blinding light, and a horrific soul-stealing darkness. Can they find their way out of the intricate web of guilt and deceit? Can they grasp the light amongst the shadows of what they used to be... and manage to be who they should become?Sometimes the only way to heal is to face the fear of forever. In Forever Dark, a novel by Chelsea Landon, you’ll spiral through life’s twists and turns of Cash Bryant, humbled quarterback, living his dream on the brink of fame, and Madison Thomas, a girl who shares the burden of the accident and destined for failure. Two people torn apart by tragedy; fearing that letting go will sever their remaining connection.

My Rating: (5 out of 5 Stars) 5
The Multiplier Rating Takes Effect 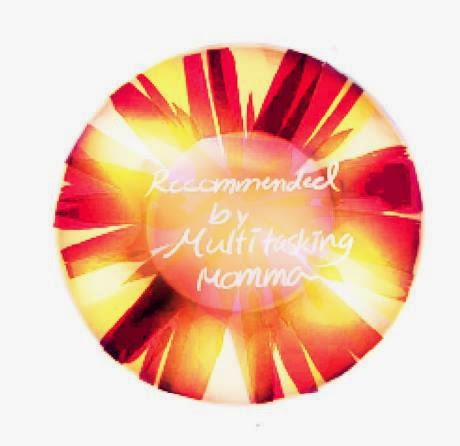 I'm used to anthologies written by different authors but this is a first for me: Megan Smith and Chelsea Landon have created two POVs of a group of friends, all happening at the same time in the Forever Love Series. While I've read works of these authors before, it's a great chance to see how they collaborated to come up with a heartwarming, sometimes tear jerking, romance series.

Six high school seniors are at an all-time high, just being themselves, celebrating college scholarships and acceptances, when tragedy strikes. The car they're driving in (not too safely, I might add) is involved in an accident with a drunk driver and one of the best friends is killed.

Life changes overnight, yet it must go on for the five who survived. How do they cope with the pressures of college life and live with the guilt they have that the accident could have been prevented if only they had made a different, wiser choice?

This was a painful pair of novels for me, but not because they were awful! No, it's that it touches on a mother's worst fear of not having a child come back home when they're simply out having fun with their friends. Granted, adults don't make the best choices most of the time, but when coupled with the sense of invincibility that teenagers never seem to lose, it's not something taken for granted. Just last year, my childhood best friend lost his two teen sons in a highway accident just several blocks away from their home. It was tragic for me, but I could never in my life imagine what he and his wife went through, early in the morning, after a phone call from the boys telling them they'd just drop off their girlfriends who also lived nearby, and then never get to see them again. Needless to say, it was tough to get through these books.

But it's proof that these authors know what they're doing because I was sucked into them and didn't stop until they were through. This compelling story was real, and I especially appreciate that nothing was prettified just to make it read better. The emotions of all the characters were gritty and raw so you felt just as badly as they were while they were mourning.

Forever Dark is Madison and Chase' story. In love since the fourth grade, these two were supposed to be the perfect couple until that fateful night. Instead of holding on to each other to help them through the tragedy, one turns to drugs and the other tries to fix the relationship but slowly breaks inside. Can they save each other before it's too late?

Forever Light has Macy and Landon's POV on life. While one tries to be level headed but ends up being a doormat, the other self destructs enough to lose just about everything. Will a wake-up call be able to stop the wreck their lives are turning into?

I want to see how these stories end, Megan Smith and Chelsea Landon. I'm hooked on the Forever Love Series! I can't say that I agree on how everything has gone, but I believe that the events are as realistic as they can be. I wonder if Finding His Forever will turn out the way I think it will?


It’s pouring outside, rain pelting my face and soaking my t-shirt. I don’t care. I still walk in the rain.

Before I know it, I’m on the third floor and approaching her door, my shoes squeaking on the concrete floor. Taking my phone from my pocket, I send Madison a text.

She answers right away. It’s locked. Hold on.

My shoulder hits the wall, I lean into the door waiting for her to unlock it. A couple holding hands and beer passes by me. I don’t give them the time of day, even though they bump my shoulder and congratulate me on the season though we loss last night.

Fuck football at this point. I know I should have known that she was this girl but the fact that she kept stringing me along, that has me so angry.

I thought it was more.

That’s my problem. I thought.

When Madison opens the door, she’s dressed in my jersey from freshman year… yeah, the one she stole, and it’s a fading fucking reminder of what we used to be. I want to rip it off her body like she rips my heart out.

When I step inside, she’s not looking at me and she won’t. She barely ever does.

“What are you doing here?” Her voice is low and hushed as she reaches to close the bathroom door.

I step inside raising an eyebrow at her, but I don’t look up, I can’t. The thump is louder, her proximity is suffocating. We don’t touch as I speak. “You don’t want me here?”

She shakes her head, hopeless eyes fail to find anything they’re looking for. Slumped shoulders give way and she wraps her arms around me bringing our bodies together. Her hands slide over my wet shirt, catching as it clings to my body. She kisses down my jaw until her lips find mine. She captures me, right then, consuming me with her kisses. Our lips never fumble, maybe frustrated we can never get close enough, but they’re sure kisses that designate what we are, for the briefest moment.

A three AM text and no questions, only mumbled words of acceptance.

It’s just not going to happen.

Stop beating. Stop believing in anything but never.

The moment her tongue meets mine, I can’t breathe again. I’m screaming in pain that she can’t see what she does to me, how she makes me feel. In Forever Light, a new novel by USA Today Bestselling Author Megan Smith, you’ll meet Landon Hayes, an all-star wide receiver who is spiraling out of control after that one fateful night, and Macy Thomas, a college sweetheart who is shy and afraid to come out of her shell since the accident. When the heart-breaking reality sets in, can they find their light or is the past too dark to find their way?

I push everything out of my mind and move with determination. It has to be this way. It’s for the best. I throw everything that’s left of me into soul-searing sex between us. My movements becoming harder, faster, my left arm wrapped around her waist, my right hand on her ass moving her against me. Macy’s panting and gently biting down on my neck and it only fuels my fire and sends me over the fucking edge. Macy’s body tightens around me and I push harder into her chasing my own orgasm, praying she’s close because I’m not lasting.

“Oh Landon,” she cries out. Her body goes limp in my arms as I continue to drive into her. It starts out low in my stomach building rapidly and then it hits like a freight train.

“Damn,” I grind out still pumping in and out of her slowly as my release hits. I rest my head on her shoulder and it’s then that I realize she’s crying.

Shit. Was I too rough?

Did I hurt her?

No, that’s all I’ve ever done is hurt her. This is more. This is her knowing there’s no chance for us. Not when I can’t give myself to her in the ways she needs. I lift her chin and a tear slips down her cheek. Her next words break that last piece that was holding me together.

“You stole my heartbeat.” I blink, pulling away from her, and the words come out before I can stop them.

“I can’t steal something you give to me over and over again to destroy."