My name is Jayson James.  I am an Indy author of several novels and novellas.  I was born and have lived most of my life in Washington State.  My interests beyond writing include drawing, reading a variety of books, watching movies and hanging out with his friends, family and dog. Besides an author, I am an artist.  The cover art on every one of my published works are one of my own drawings.  I take the drawing I do for each cover and then design the rest of the cover around it.

Thank you for hosting me on my first ever blog tour!
Although I have put out five previous books and three short stories, I have never done a blog tour before where I am visiting a different blog every day.  I am quite excited!  Be sure to follow me on social media to see where I will be each day!

“Into the lake?”“Into the lake.”For Jesse Stetson, a boy who knows he is different and Dylan Sterling, Jesse’s best friend, Sander’s Lake has served as a sort of scrapbook for them with sentimental items being dropped into the lake from their dock after significant events in their lives. Life in 1988 was different from today.  A boy and a girl being best friends were uncommon.  Not that Jesse or Dylan cared, they had each other and that’s all that mattered.  Or so Jesse wished.  While Dylan has been meeting and dating guys, Jesse has yet to find the same connection with a girl.  The closest he’s come is Dylan, but she’s a girl and a friend not a girlfriend.   Jesse is struggling with his feelings and trying his hardest to be normal.Dylan and Jesse are growing up and possibly growing apart.  Dylan has a new boyfriend and is now splitting her time between him and Jesse.  To further complicate things, Jesse meets Orion, a new boy in town.  Jesse knows that his feelings towards Orion must be wrong, yet it feels so right.   Even if Orion feels about Jesse the same way that Jesse feels about him, should they act on their attraction?This story is a journey of friendship and discovery, finding out who you are as a person, and then being okay with who you are. 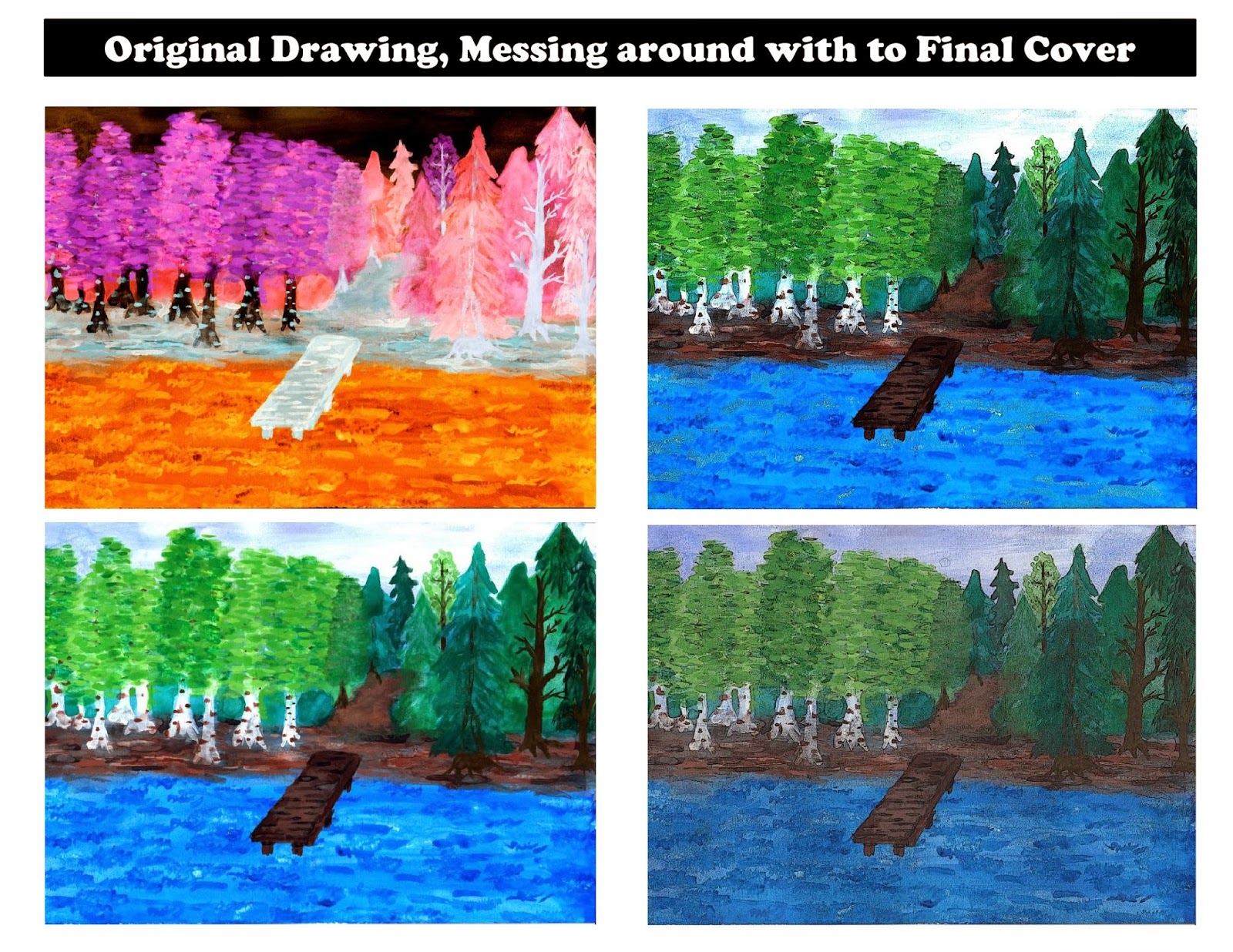 Over 100 drawings were created, modified, merged, cropped and manipulated to create the cover for Pieces of Us.  This by and far was the most labor-intensive cover on any of my books to date.  I feel with how it turned out, it made all the work worthwhile.

This is the story of Jesse. He is the youngest of three boys and really confuses his parents a bit. He was small for one thing and he found himself gravitating towards the female classmates rather than the male, and he was really not into deep in sports. Not like his father nor his brothers. He confuses all the more When he turns up with a best friend by the ambiguous name of Dylan. His parents start thinking deeper, and quieter as this friend turns out to be female. To their chagrin, she not only sticks around but becomes an important person in the life of Jesse. Until Dylan comes home with a boyfriend.

As Jesse struggles to straighten out his thoughts and got more confused in the process, his life gets complicated by the appearance of Orion in his life. Soon, he realizes that the feelings he had for this young man is different and was actually one step closer to heaven. How to deal with this is not a great thing to look forward to, especially as Jesse lived at a time when homosexuality was still considered taboo and a subject to comedy on television.

This is a book that can be set aside for a time and then get back to. What I really loved about reading this was that each chapter told a different story. Each told a different adventure and a revelation into the characters' personalities. It was like watching life unfolding through text and it was difficult to dismiss.

No, this is not your regular mushy M/M romance. This is real life. How a young gay man grew up to be a self assured individual through his life adventures and a love he never expected to have. True, life in the late 80s could be a bit uncertain, but then again, it still is. I just never expected to love this story too much. But I did. And I do.

Thank you Jayson, for giving me the chance to read this for not only did it send me to a beautiful dreamland, it gave me a chance to reminisce on the movies and the music of the day. You do know I am an 80s girl, right?
MORE BY JAYSON JAMES

How It Was Supposed To Be
Releasing Fall 2014.

Reese Kennicott and his family were living the carefree life of an upper middle class life.  That was until one day when his father arrives home from work and shares the company he has worked for since he was Reese’s age has gone out of business.  Adding to the stress of being out of work for the first time in the worst economic downturn the United States has ever faced.  Hope comes in the form of a new job for Reese’s father.  The downside is this job is across the country, forcing Reese to leave behind his friends and the life he’s always known. 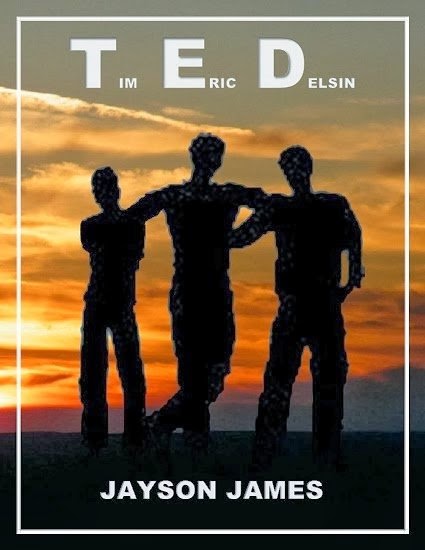 
Tim is being bullied.  No one in high school wants to be known as a tattle-tale and to do so would only make things rougher for him.  The repercussions would most likely make him an outcast, and without any friends.Eric is frustrated with life.  His parents are overbearing and if they ever knew the person he really was, they would throw him out of their house.  His friends are not much better, they only like him when he is who they expect him to be.Delsin is gay and ready to come out.  Unfortunately, life at home is on the brink of falling apart with his parents constant fighting.  Admitting the truth could bring his whole world crashing down around him.
Each of these three needs to decide whether the risks of being honest about who they are outweighs the importance of being true to themselves.   This could mean ruining life as each of them knows it.  Maybe it is better to remain miserable in order to play it safe.  On the other hand, doing nothing doesn’t seem to working either. 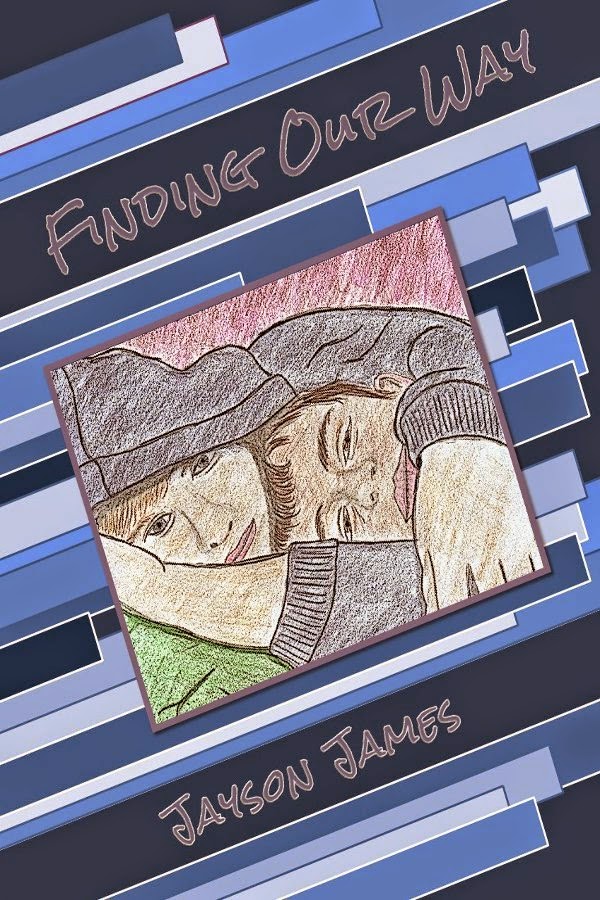 Justin Parker and Derrick Wilson have been best friends since meeting back in middle school. Currently they are in their junior year at Chandler High School, and living the good life as teenagers. They have great girlfriends, plenty of close friends, their own cars, and parents who are well off. As nice as things might look to an outsider, something is missing from each of their lives.Justin has become the invisible son in the midst of his parents failing marriage. In an effort to get his parent’s attention, Justin keeps getting into trouble. So far he has been able to get away with anything without facing any repercussions, while Derrick is feeling distant and tired of what he feels is a too “perfect family”. He just wants to have a normal social life and spend time with his friends without the pressures from his family to spend time with them. With blurring the lines of friendship in the process to realizing what was missing and discovering who they really are.Justin and Derrick take turns narrating the story of their junior year in high school and all of the events that take place in their lives. Being a teenager can be tough. Being gay can be tougher. For Derrick and Justin they are both, and life cannot get any more complicated.What happens when two best friends cross the boundaries of friendship? Will they be able to be happy together? Will they keep their secret? 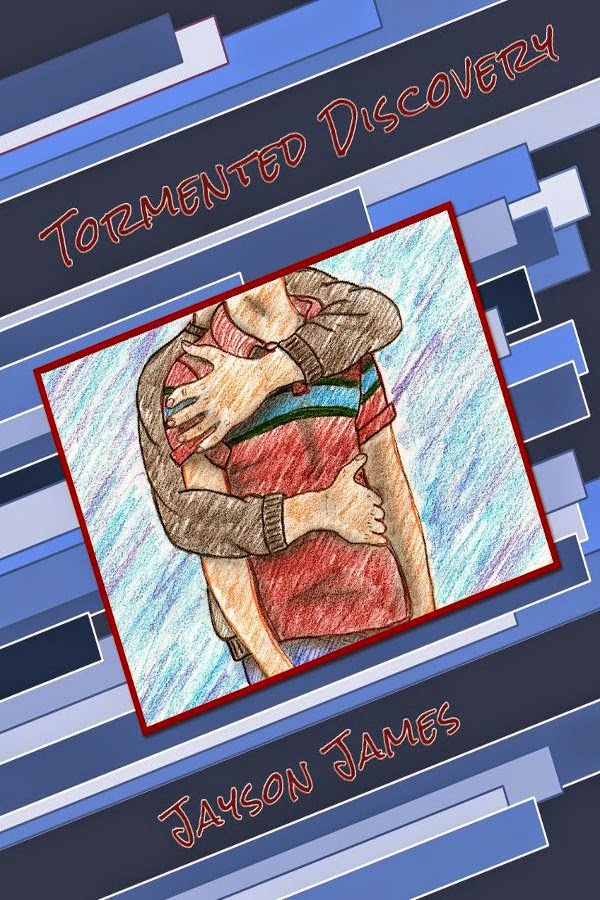 Justin and Derrick have a secret that they revealed only to their closest friends.  They are gay and are now a couple.  The story of Justin and Derrick continues as they learn more about being a gay couple in their senior year of high school and the complications that arise from it.  Some friends will have their backs while others simply stand on the sidelines.  Other friends will be accepting and others will ridicule them.Sometimes love is almost not enough to save a relationship and both Derrick and Justin begin to have their doubts as they watch relationships around them rise and fall.  Justin and Derrick both want to have new experiences, new choices and make new friends, which leads to them questioning their own relationship.  They soon discover that some of the people they consider friends have their own secrets, some darker than others.  The couple begins to see how people react towards homosexuality and just how people want to deal with it and them.Will Justin and Derrick be able to hold onto each other while their lives and secrets spiral around them?Or will they decide to step back and give up on themselves and each other? 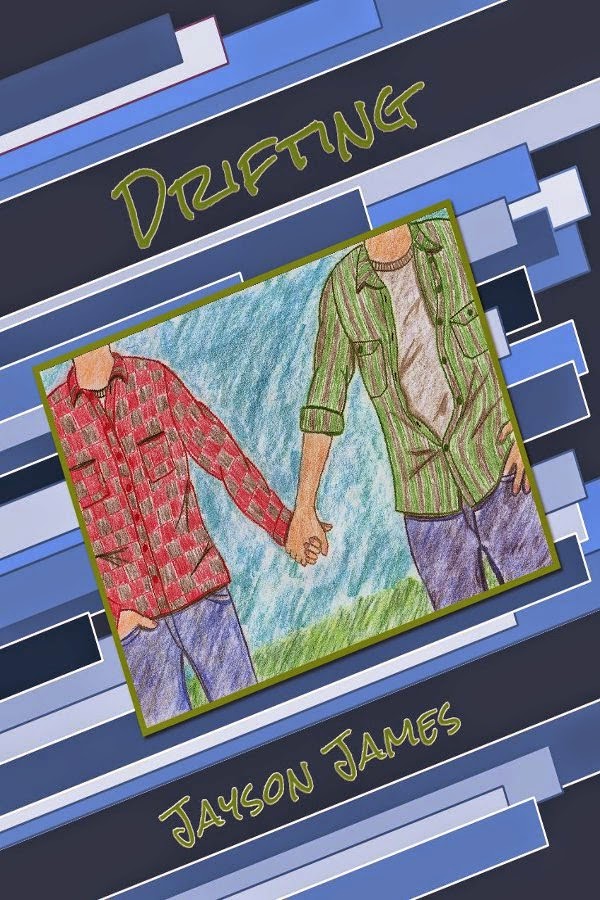 What happens when the person you love is having doubts?These two boyfriends have been through a lot. Best friends since childhood, fell in love in high school and thought they would be together forever. They stuck together even when their friends and family found out about their relationship. Struggling with challenge after challenge, they have finally made it to college and are living on their own. Living together is a whole new world and being open with their relationship is even more so.Spending every day together as a couple they begin to learn about their differences. Things that never bothered them are now annoying traits driving a wedge between them. Can their relationship survive their differences? Can it handle new friends and new romances? Will they find their way together or will they drift apart?

To get a chance to win an ebook copy of Pieces of Us, leave a comment below. We will randomly pick 1 lucky commentator and Jayson James will email them their ebook version of their choice. Make sure to tell us what format you prefer and your email.


1988 COMMENT QUESTION: What is your favorite movie from 1988?
I’d like to hear from you!  Please post your response in the comments below!
Be sure to check out other stops on the tour for more questions.

Game ends October 21.
Posted by multitaskingmomma at 12:37 AM