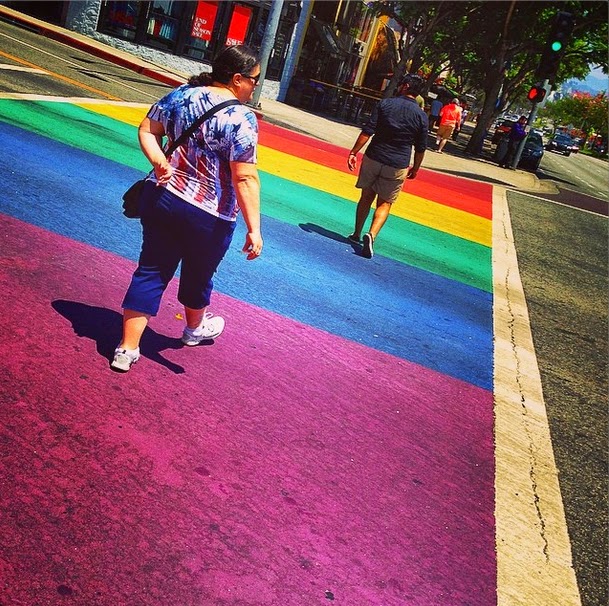 Before I am a writer, I am a voracious reader who panics when there are less than fifty books on her wish list. That wasn’t always the case and shamefully I must admit there was a time early in life that I hated to read. After throwing every possible age appropriate book my way a relative snuck me my first romance and I have been hooked ever since.
My love of reading morphed into a desire to write and I still have old notebooks and floppy disks full of ideas and partially written plots. While earning my computer degree, and starting on my career and family, I didn’t write a single word. It wasn’t until I was buying school supplies for my oldest son that the itch came back. Oddly, I can sniff out the stationary aisle in any store and have been known to skip an item on the grocery list in favor of a shiny new notebook.
With the advent of social media I filled up my feeds with my favorite authors hoping to glean some words of wisdom as I pounded out half formed ideas with alarming regularity. Two
repetitive themes emerged: To be a great writer you must read a lot and your butt must be in the chair every day like it’s a job. Even if you write dribble, you’re writing. The more you write, the easier it will be to write and the better you will get at writing.
Every day I took the time to write dribble, every day I told myself I was a writer, and on January 28, 2014 I woke up in the middle of the night with Past Hurts pounding in my head. Within two months, I also had the foundation for Books 2 and 3 and the Sizzling Miami Series was born.
When I’m not reading or writing, I own a successful web design business. My husband and I live in Central Florida and we’re enjoying life as parents of adults. Whenever possible we hit the road on the motorcycle and dare anyone to find us. 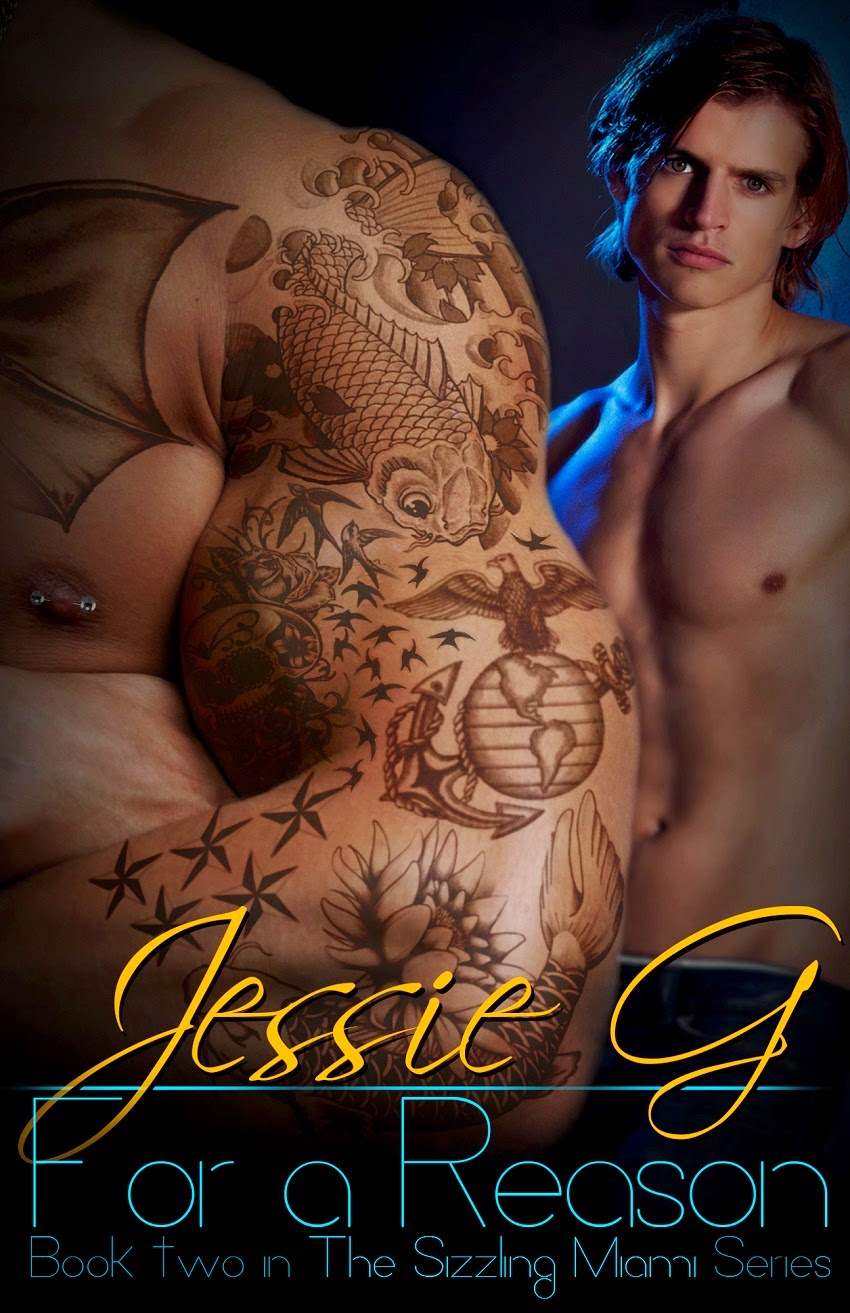 Former Marine and full time big brother, Bull Connor, spends his days helping those in need of a second chance and his nights fighting the inner demons that won’t let go. During a routine tow he comes face to face with the only person who refuses to need him and the one man he wishes would.
As a throw away, Ian Jones is used to being alternately overlooked or ridiculed but hasn’t given up on the idea that with just one chance he could turn it all around. Rescued by the one man who neither overlooks nor ridicules him, he longs to be more than a man in need, but can he be the man Bull loves?
Ian isn’t pining for the family he’s never known but when they descend, unwanted and uninvited, Bull must prove that he’s the man who will protect Ian’s long neglected heart by sharing the demons that torment his wounded soul.


Two broken men meet and never look back. Two broken men who never thought love and happiness was possible find the happily ever after only read in fairy tales. Two beautiful men who fit each other like nothing could. They kiss. They love.

Ian and Bull are really just two ordinary men whose lives were not so ordinary. Ian had a hugely traumatic beginning as a throwaway baby which spiraled to succeeding years of neglect. As a crack baby his physical needs were made the reason to be rejected by all and now as a grown up, he finally has the chance to make it but life did not seem to give him any. On a day he thought his life would change for the better with a new job, fate again intervenes and he loses car and potential job. Thinking this was it and just resigning to give up, a tow truck driver arrives and manages to not only muddle his awareness but his very life.

Bull was called in for a regular tow but when he saw the defeated man by the side of the road, standing strong, dehydrated, quite and suffering but refusing to admit it, strong feelings surfaced and all involved helping the man out. When he saw where Ian lived, that was it: he threw an ultimatum and refused refusal. So begins the love story between Ian and Bull, two survivors in a world of chaos and uncertainty.

I really, truly, expected something mushy and light so just sort of dismissed this read to the last on my pile. This book caught me by surprise, much like a left hook that life throws at you in the most unexpected times. The emotions come out strong in this read and it gets one to wonder how one could survive the experiences either man went through. I don't know if I could and yet I have no doubt there are those who will and have.

This is pure fiction and yet it is not. True, the story of romance brewing in this plot is fairy tale like but the wickedness of the world and its peoples are quite real and are honestly worse. What Jessie G. did was to successfully temper real life with a romantic novel but successfully gave us such an unforgettable story of love. She throws the question of what makes life treat us this way and come up with an answer of: For A Reason.

This was a truly delicious book and I just absolutely loved the chemistry between Ian and Bull. The supporting cast of characters were especially awesome as well and I cannot wait to know what happens next. As I have not read the first book, I will pick it up without much need of pushing from anyone. If this is such a great read, I want to know what happened to those two gorgeous men in the form of Alaric and Davin of whom I only caught a glimpse of in this read.

As for the rest of the crew, well, I know I want to know more out of everyone!

Is that asking for too much?

Ian hung his head, his breathing erratic as Bull softly stroked his back and legs, just letting his fingertips graze the sensitive flesh. “A good lover knows every inch of his partner’s body inside and out. He should take the time to arouse them slowly, to find every trigger point and ensure that the experience only brings pleasure.”

Parting those cheeks, he didn’t do anything more than look for a full minute, waiting to feel Ian squirm uncomfortably. “A real man would start with a kiss.” He leaned in and circled the  exposed hole with his tongue, lapping and probing until Ian’s long legs trembled. “Arousing and soothing the flesh of his lover, hoping they will be receptive to their partner’s touch.” 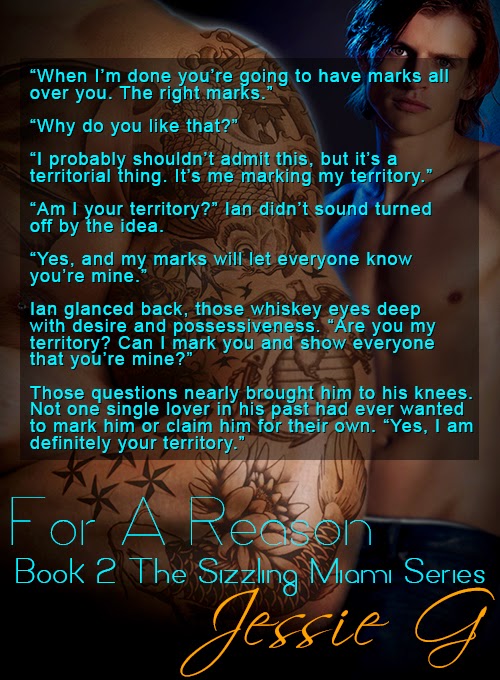 After slicking his fingers with lube, Bull circled the tight bundle of nerves and nudged one finger inside as he felt Ian yield to his penetration. Sinking deeper, it was all he could do not to groan when Ian did. “Touch is tremendously important between lovers, it creates a connection that speaks of want without words. My want speaking to yours.”

Gently he eased another finger in, encouraged by the strangled whimpers filling the room.  Slowly, he pulled out almost all the way before sliding home again until Ian couldn’t contain his cries of pleasure. “Being attuned to the sounds his lover makes, the partner learns what brings the most pleasure and takes that knowledge to heart. His lover’s pleasure becomes more important than his own and he lives to hear every whimper, every moan, and every harsh breath until it’s a symphony in his head. He wants to hear it every night, encourage it with every kiss and caress until it is an addiction that must be fed.”

As he continued to finger fuck Ian, deliberately stroking the sensitive gland with every pass, he was pleased to see a drop of precum bead on the head of Ian’s cock. “The sounds you make are music to my ears. I don’t think I’ll ever get tired of hearing them.”

Rafflecopter runs from October 1st through October 20th ending at Midnight EST.
2  $25 Amazon eCard
1 Set of For A Reason & Past Hurts eBook (.mobi) 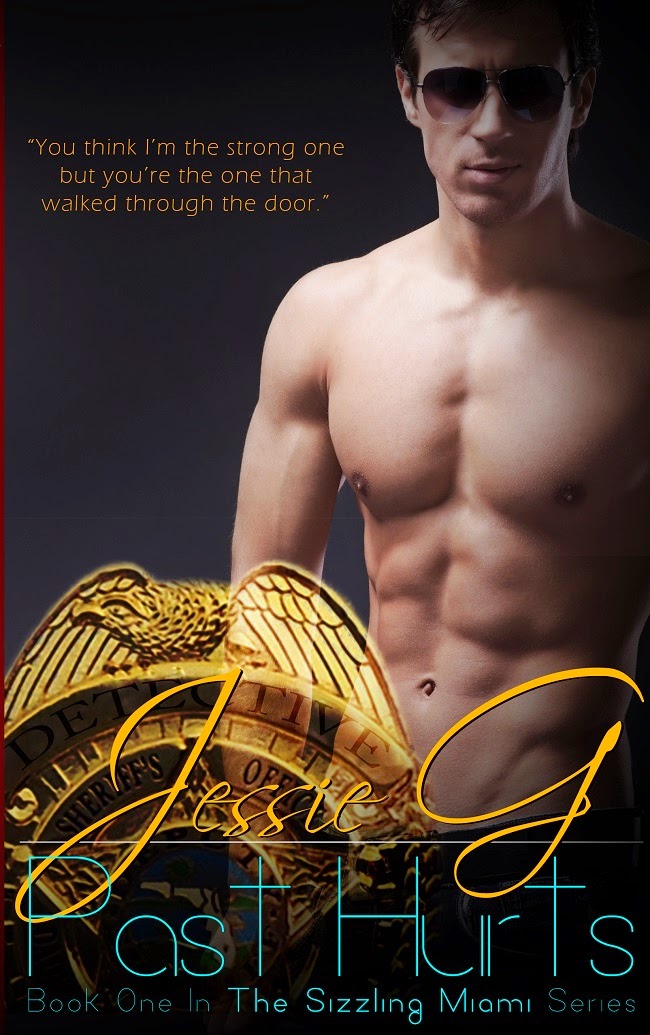 Abandoned by his mother and raised by a judgmental, homophobic father on the unforgiving streets of Overtown, Davin Monroe knows a lot about survival and little about love. As heir to the family business, Alaric Bennett’s innate strength makes him the pillar upon which the family problems fall, but leaves him emotionally abandoned by those that need him.
One chance meeting and five beautiful years together do not prepare them for the dark, depraved jealousy threatening their hard earned happiness. Now a killer has forced Detective Monroe to face the past and the only man his heart has ever wanted. With only one shot at redemption, Alaric is determined to uncover to truth and bring his lover home.
But when discovering the one secret that has kept them apart for eight years unravels an entire hidden life, can they survive the revelations that follow?

To get a chance to win an eBook (.mobi) copy of For A Reason (The Sizzling Miami #2), leave a comment below.

We will randomly pick 1 lucky commentator and Jessie G. will email them their .mobi file.

To claim prize, make sure to send us an email after the lucky winner is announced. Game ends Oct 20.

Good luck to all commentators!