A.E. Via is still a fairly new author in the beautiful gay erotic genre. Her writing embodies everything from spicy to scandalous. Her stories often include intriguing edges and twists that take readers to new, thought-provoking depths.
When she’s not clicking away at her laptop, she devotes herself to her family—a husband and four children, her two pets, a Maltese dog and her white Siamese cat, ELynn, named after the late, great gay romance author E. Lynn Harris.
While this is only her fifth novel, she has plenty more to come. So stalk her – she loves that - because the male on male action is just heating up! Go to A.E. Via’s official website http://authoraevia.com for more detailed information on how to contact her, follow her, or a sneak peak on upcoming work, free reads, and where she’ll appear next. 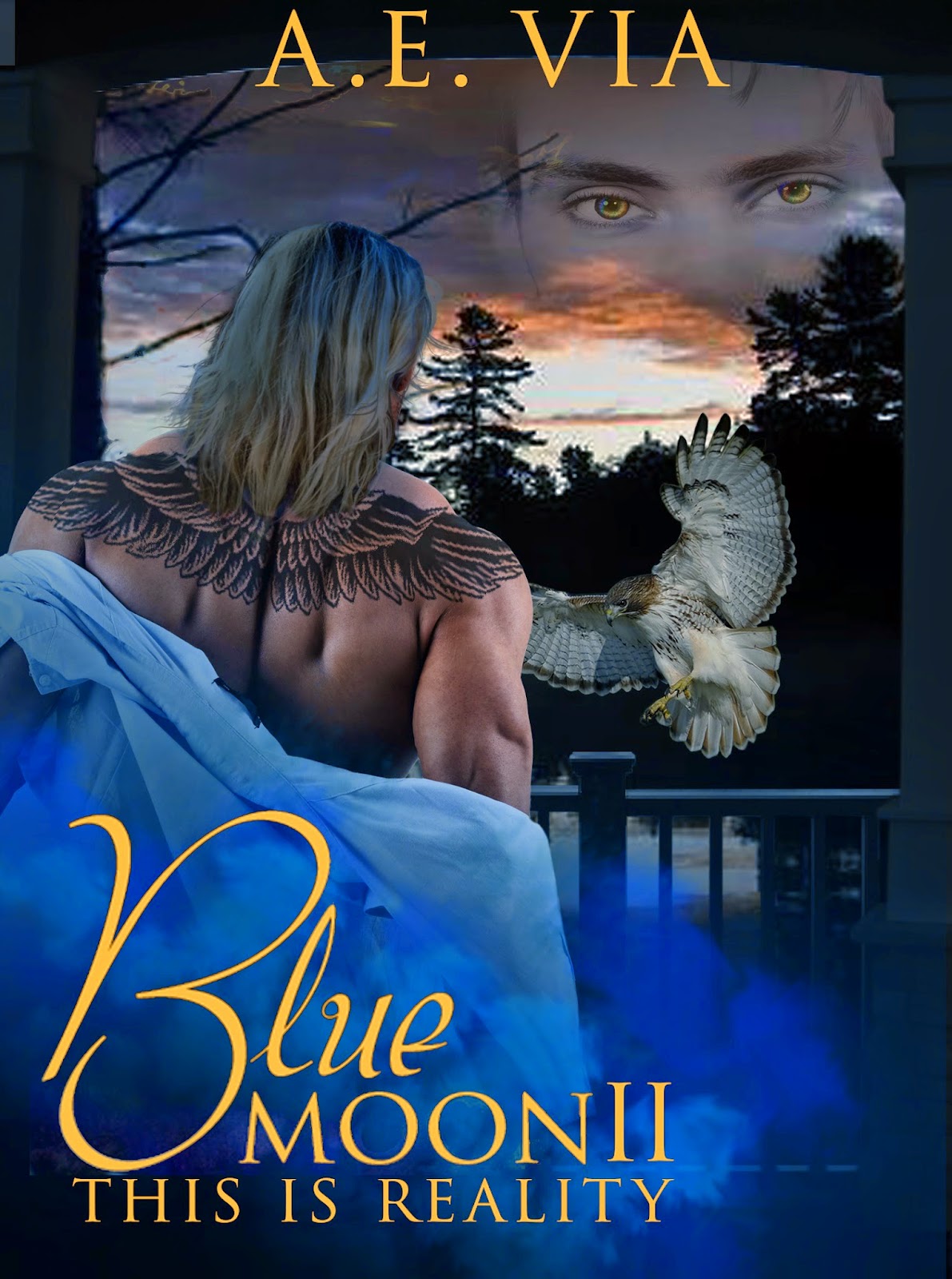 The Story of:  HAWK, PIERCE, SHOT & FOX ALONG WITH THE OTHER BEASTMASTERS
Pierce aka Strategic Intelligence Specialist, Backhander is back to flush out some of the DEA’s most notorious criminals, and he has one helluva’ team backing him up. The country’s most decorated Navy Seals…the Beastmasters.
Pierce is more than capable of doing his job, but he has one insanely hot distraction that continuously causes him to second guess his hidden orientation– Dane Aramis, call-sign, Hawk. Hawk can see what most people can’t, and whether his sexy Pierce wants to admit it or not, he can see the brilliant man’s desire runs deep for him.
However, when Pierce and the Beastmasters are on their final assignment, the last person they expect to encounter with the opposition is rogue assassin…Omega. The man is unstoppable, and when he comes too close to what Hawk holds dear, the Beastmasters call on the only man that can control the lethal assassin. Omega’s faster, deadlier brother, Alpha.
Bringing Alpha back into society may be disastrous for everyone involved. But, Hawk is willing to take that risk to keep Pierce safe.

A.E. Via had fast turned to be one of my favorite authors of the M/M genre. Her plots are over the top and fantastical, that is so TRUE!! but the point of reading is to get away from reality and get lost in a fantasy. Ms Adrienne does this magnificently.

I have to be honest, reading Blue Moon: Too Good to Be True (Blue Moon #1), got me interested in the series potential but it had the air of reading a first attempt at writing and was all over the place. That said, the author successfully got my curiosity meter on the up and up and after reading book 2, this book, after reading all of her later works, this series' barr has been raised considerably and I just want more.

This is a different style of story told. Instead of focusing on one couple, she focuses on two and even manages to insert the other potentials in between. In short, we get two or three stories going on at once and not once did she manage to get me lost. In fact, the timeline flows exactly as it should and perfectly synchronizes with the other couples' stories. This is not something to dismiss, this takes talent in all honesty, and if I imagine myself inside her brain, I would say this woman's has gone amok with plots bursting to get out. Fortunately, she is a talented writer and does not make her book read like a man gone amok.

Blue Moon II: This Is Reality is the story of Shot & Fox and Hawk & Pierce. They are now part of the newly formed team of the Backhander, an enigmatic, brainiac, master tactician whose identity was the best kept secret and was the one individual many in the black market wanted for their own: to kill or to use for their own twisted reasons. No one had the Backhander's identity but the Beastmasters know. They should, they are all part of the team and were kind of related in one way or another. Legally related, friend related, action related.

The story starts where the first book, Blue Moon: Too Good to Be True (Blue Moon, #1) left off a few months later. The team was formed and in the middle of some hot action. But things were not as they seemed for things were not going the team's way as they should. There are some conflicting intel and then there were the chemistry between four men going bubbling fierce.

Shot and Fox were a known and accepted partnership and they were sizzling hot. No one could deny they were together. Thing is, Shot was denying it. Fox was not. The conflicting emotions may not affect their effectivity as a team but as a couple, things were not brilliant. Should they continue as they are, Fox may just give Shot a shot at freedom. Will Shot take the push?

Hawk sees all and he saw Pierce as his from the moment he set eyes on him in the first book. Pierce is not so accepting however, for reasons which unfold in the story. Pierce's role as the Backhander was not getting affected but when Hawk keeps pushing, it just may get affected. Can he afford to keep pushing Hawk away, knowing he may have the future he dreamed of with him.

In comes the Alpha and the Omega. Brothers in arms from a different world. They are the deadliest on the deadliest list and the Beastmasters know them oh, so well. When Omega strays to the dark side, Alpha takes it upon himself to get him back to the right path. Will he succeed? How will he succeed? First though, he must get Pierce back to Hawk, or they both get eliminated.

This is a high, action-packed novel as per the style of A.E. Via. Her men are over the top, her stories are over the top, the action reading like S.W.A.T. and The Expendables all in one. We have the much younger men teaming up with the much older ones and they are just HOT!!!!!! Fantastical, so true, but I just love reading these types of books for it reads much like a movie and so the pace is fast, it is incredible, and it keeps me guessing. Especially when the author drops hints left, right and center, then leaves them off making me pant in anticipation then frustration then grrrrrrrrrrrrrrrrrowlyme will have to wait out for her next book.

No, this is not as brilliant as her Nothing Special Series which books I just inhale in seconds. Well, one or two hours maybe, so I do exagerate a bit. However, the action I seek is rightfully there and packing fantastic. The erotica ~~~~~ WHEW!!!!!!!!!~~~~~~ ohmyheatedface! And the story is perfect to lose myself into without having to dream of getting back to reality.

Now, I just want more of Beastmaster Call and deadly Alpha. Then I want Detective Mark Ruxsberg and Detective Christopher Green for the up and coming title HERE COMES TROUBLE with an anticipated release date of November 2014 which I must say should be on ALL out TBR list!

How long do I have to wait? I am impatient.

“Something on your mind, Backhander?” Hawk’s eyes stayed on him, locking him in place.
Stay cool.
“Yes. I commanded you to stand down. I wanted those men alive for interrogation. Dead suspects can’t help me,” Pierce said while staring at Hawk’s forehead.
Hawk raised one corner of his sexy mouth and stepped in closer to him. “I follow no one’s commands. My allegiance is to the Beastmasters, not the DEA, not the FBI, not the CIA, and for damn sure, not you.” Hawk accented each statement with a step closer to Pierce. “You’re fooling yourself if you think by running off a few high-ranking smugglers and traffickers that you’re making a difference. When you cut off the snake’s tail, he grows another one.”
After repeatedly backing up from Hawk’s advances, Pierce’s back was up against the side of the eighteen-wheeler. It was just him and Hawk, the dark stillness of the night, and one massive-ass gun at his side. The rifle was over half the length of the man wielding it.
Pierce looked down at the weapon and back up into Hawk’s eyes. “Do you have the safety switched on on that thing?”
Hawk snorted at Pierce’s comment. “Safety? No. Why? Are you afraid of my weapon, Backhander?”
Damn this man has no respect for personal space.
“You need to back the fuck up.” Pierce tried to inject some venom into his voice. Hawk had his entire body pressed up against him, his six-foot four inch height making his shoulder length brownish-blond hair fall down onto Pierce’s face, cocooning him from the cool breeze coming off the mountains of Roanoke, Virginia.
“First, I want to clarify a couple of things, Backhander. This sexy beauty beside me is my weapon, and don’t you worry, it would never be used to harm one hair on that pretty little head of yours. Now this is my gun.” Hawk thrust his cock hard into Pierce’s front, making him grunt at the pain and holy fuck, the pleasure.
“You keep accusing me of ‘liking to get my gun off’, right?” Hawk smiled down on him. He lowered his plush lips to Pierce’s ear and groaned against it.
Pierce closed his eyes. God help me.
“You keep shooting of that sexy mouth of yours Backhander, and I’m going to show you just how I get my motherfuckin’ gun off,” Hawk hissed.
Pierce pushed at Hawk’s much larger frame but of course he didn’t budge – he never did. “Back-off damnit. I told you I’m not interested,” Pierce argued weakly.
“I see differently, beautiful. But that’s okay.” Hawk backed up. “I’ll leave you to it, and watch you come around.”
Hawk made his way to the back of the eighteen-wheeler and hoisted himself and his weapon into the trailer. Pierce tried not to look at Hawk’s ass in the loose army fatigues, or the way his back muscles rippled underneath his army green t-shirt. Pierce didn’t look away fast enough and he knew he’d been caught ogling. Hawk flashed him a shit-eating grin, and winked at Pierce right before he slammed the metal doors.
Cocky bastard. 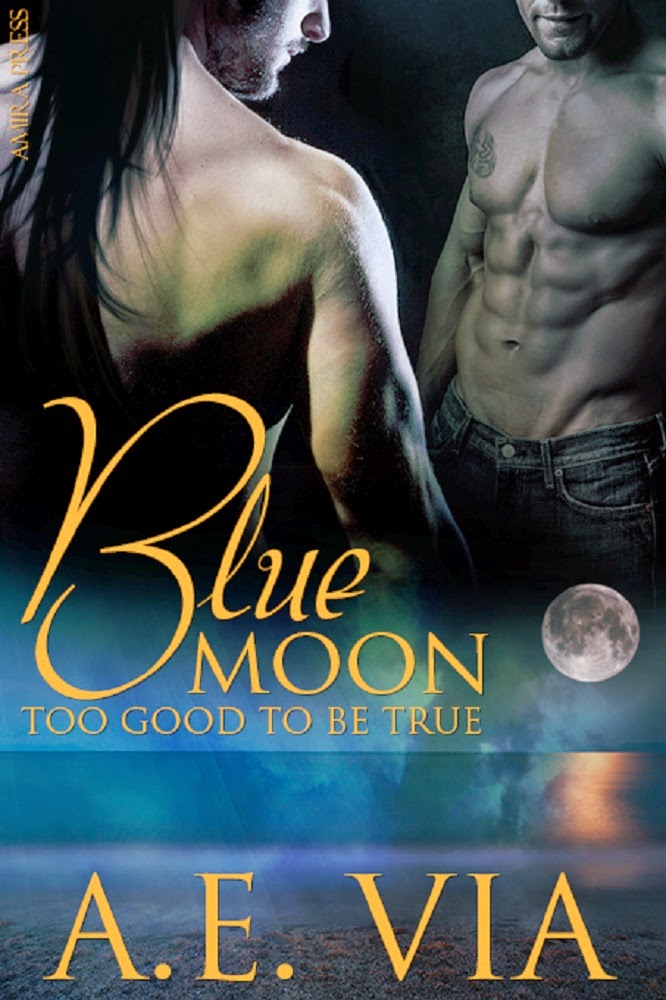