Not to stray from the common Author cliché, I loved to read as a child – I actually excelled in reading from a young age.  This was definitely to my advantage.  In saying that I only enjoyed reading “happily ever after stories.” 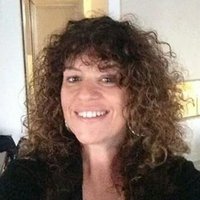 As I grew older my pleasures turned to “teen romance stories” with the obvious transition being heavy love stories and of course Jackie Collins’ novels.Then due to relationship and work commitments my reading all but ceased until my children were at an age where I could steal and hour or two (which then became and hour or four). A few years ago I discovered the Twilight Saga, this kept my thoroughly entertained for years as I read and re-read numerous times… Enter 50 Shades.  I think the fact that these books were written by amateur writers stirred something inside of me.
A few years ago my dear mother passed away, I became really lost —books became my saviour.  They took me to a very special place … away from reality.   One night I had this dream, it was so vivid in my mind that when I awoke it was fresh and alive.  It just kept growing and growing and that’s when Majestic Pearls was born.  I've not looked back since.
Music is my passion, I love it! Though it needs to be genre’s from the fifties through to the eighties.  Everything I do is done to music from my writing through to my housework—it soothes my soul.
I also have full time duties with my husband (fourth child) and our family business and three sons which all keeps me on my toes, there’s never a dull moment around my house.
Living in the beautiful Melbourne Australia, we have an abundance of restaurants and café’s which is my other passion … coffee dates with my wild and wacky high school friends … after thirty plus years we still catch up regularly and have a wild time.  All of these people and my large family form my circle … a circle that I love and are thankful to have. 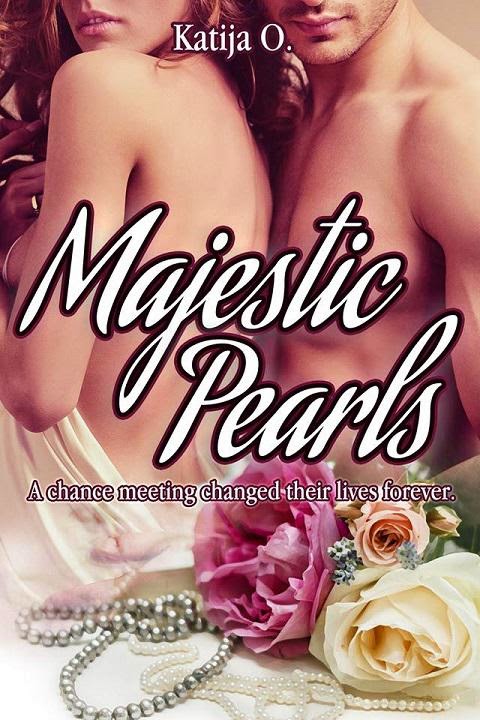 Some believe in fate, others not so...
Who would think that a single car accident could determine someone's destiny?
But when Mia Tandy meets Nicholas Devlin their worlds are automatically changed.
Falling in love should be simple; should be natural and joyous but, as they are from different worlds, there are many obstacles thrown their way.
There is one thing, though, that no one can control and that is undying love. Fate has brought these two together, and class is keeping them apart.
What they don't realize is they are connected, neither one of them knowing this.
One person holds the key to this secret.
A secret from yesteryear, this secret and this secret alone holds the answer to how their destiny will evolve.

Strangely enough, Majestic Pearls isn't what I expected at all. Katija O. has written a modernized fairy tale, it being an attraction between a marginalized, middle class, working girl and a spoilt, upper-crust, rich boy. Class expectations keep Nicholas away from Mia even if they are obviously interested in each other. So, what are two obviously different people going to do?

Mia is a working girl, yes, but one rather naive about love and life. Despite being an adult, she's rather childlike in some ways, especially when it comes to friends and family. Otherwise, she has a good head on her shoulders and throws herself into work, basically doing all she can to give herself a comfortable life.

Then she bumps into Nicholas - literally. There is no one who is more of a polar opposite than this party boy who has no interests farther than the next club opening, his tennis game, and his dependable, bitchy friend with benefits. What on earth would he see in a woman who has nothing in common with him except the usual "opposites attract"?

Mia is truly clueless when it comes to men and it takes her brother, her best friend, and her honorary grandmother to set her straight about Nicholas and the other man in her life, Xavier. Sometimes, she seems so "duh" about relationships I want to strangle her, but if she's as sheltered as she's portrayed to be, it shouldn't be a surprise.

Nicholas, on the other hand, grows up! There is that maturity about him that is so much clearer at the end of this installment. But will his selflessness and uncertainty cause him to lose Mia after all?

Of all the characters here, Rosie is the best one for me. I'm pretty sure she holds the secret to all of this and I think I figured out her role in this book. What I'm not sure of is what she'll do with the information she has!

The story itself a bit rambling but there's something to how it was written. If you can imagine a friend sitting you down to tell you what happened to people you both know, then this is exactly it. Charming is the word I'd use.

That Majestic Pearls doesn't really fit into a clear category is, I'm sure, something planned by Katija O. Romance, mystery, drama, it's all there, like a great chat with an old friend.