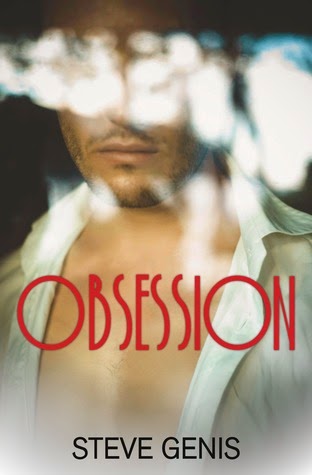 Rick Santini is an 18 year old Year 11 student at a local High School in Melbourne, Australia. Struggling with the demands of his over controlling father, and trying to keep a low profile at school, Rick hides a secret, that will tear his family apart.
Rick has a High School crush, but there's just one problem, his crush is on his French PE teacher. His PE teacher happens to be married to Rick's English teacher who is also the school principal.
Unaware of Rick's obsession, his mother and father pressure Rick to succeed and do well in school during his VCE and urge him to improve his grades.
At school, Rick's classmates start to get suspicious about his behaviour around their teacher.
After living in London, England for a year with his parents, Rick has a blast from the past that comes back to haunt him and he becomes so obsessed with his teacher that his urges begin to take control.
Rick starts to distance himself from his friends and family and he starts lying to them to cover his obsession.
In a surprising twist, Rick's life is changed forever.
Will Rick do the unthinkable to get what he wants?
Obsession is told through the eyes of an 18 year old High School student.


Oh my heart aches so bad but in a satisfied way. With this ache, I just confirmed to myself that this is one story that is tragically unforgettable and real.

This is a story of obsession.

We have Rick, a young high school student, had always felt  something for his PE teacher  Jacques Devereaux, married to the principal of the school. The crush had developed when still in 7th grade but instead of losing intensity, it just gained as the years passed. The crush soon turned to falling in love and finally into an obsession Rick could not rid of.

By a twist of fate, Rick and family are sent to London for his father's work. Although it only lasted a year, it was that year he met, became friends with and finally lost his virginity to bar owner Jared. An Englishman and in his thirties, he never thought to fall in love with and become obsessed with Rick. He knew from day one that Rick had feelings for Jacques but he hoped and hoped that he could capture Rick's heart eventually. His decision to leave all and claim Rick for his own is something that drives his obsession to an end he never expected.

Jacques is the PE teacher, married for twenty or more years, he had secrets of his own shared and kept from his wife. He loved his wife but Rick was someone he could not somehow ignore, nor resist, and soon the fascination with the young man turns into an obsession he could not escape from. Even if it meant losing all.

This story of obsession is as obsession takes us. Based on true to life events made into fiction, this love triangle is an unexpected real story of how a young man's future could get influenced by two older men. One would destroy his trust, one would destroy his heart. He almost had it, had happiness in his hands, but life intervenes and throws a curve ball Rick could not control nor catch. Soon, it was hard to breathe or to be content. Could he make it in the end?

I almost did not make it in the end. My heart was ripped to pieces and I could not help but just sit there and stare blankly into space. This struck deep chords within me, especially after losing one friend just lately to a disease we could not comprehend. Tears. What tears. And yet, I cannot but help but recommend for this is a read that strikes, hits and  leaves scars that are both bad and good. Beautifully written (and I don't care about editing, never did) and just loved and cried.