eARC Review: OUT IN THE OPEN by AJ Truman

A.J. Truman remembers his college days like it was yesterday, even though it was definitely not yesterday. He writes books with humor, heart, and hot guys. What else does a story need? He loves spending time with his pets and his partner and writing on his sun porch. 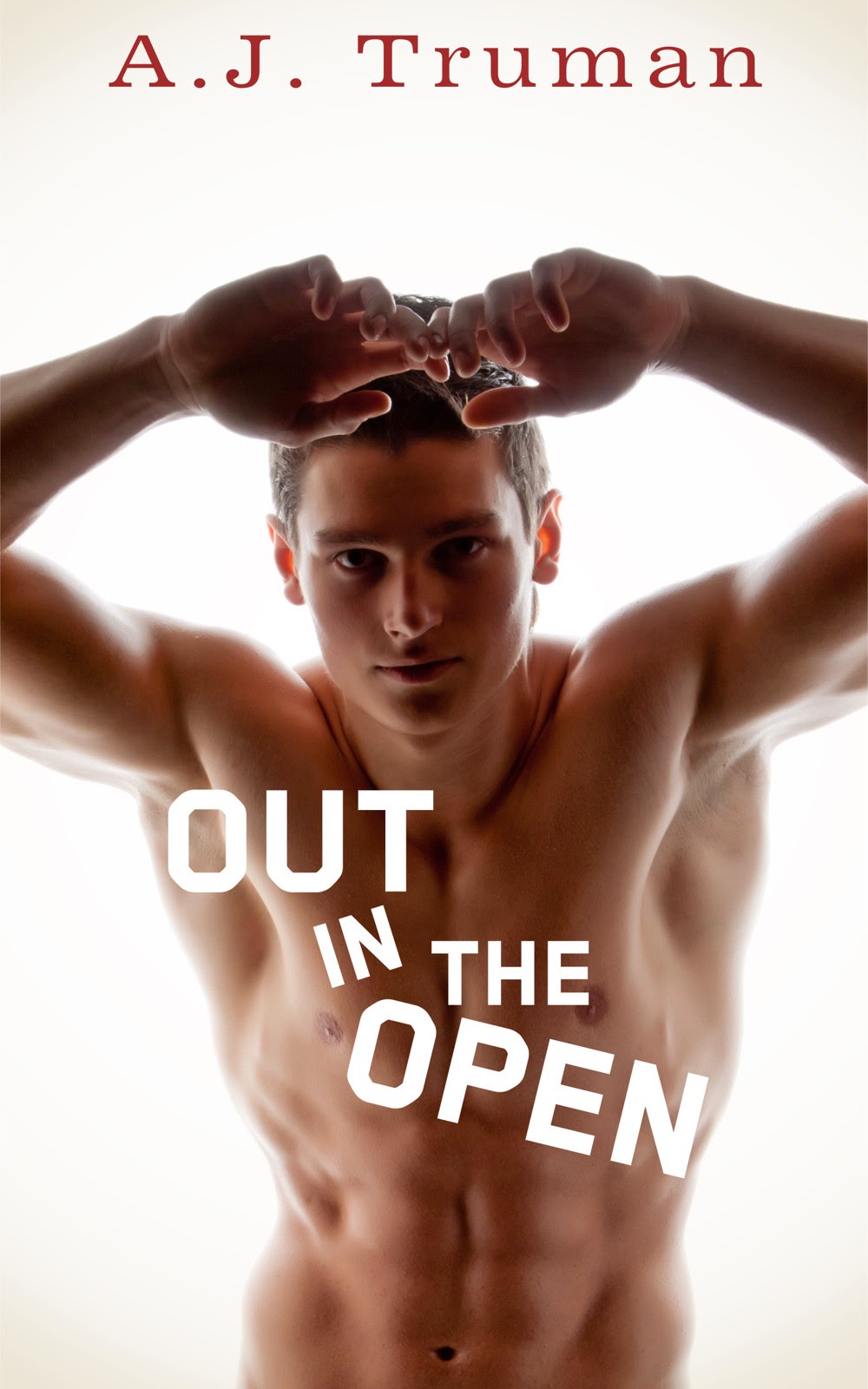 Out in the Open
by A.J. Truman
Cover Image: GoOnWrite
Published September 30th 2014

Libraries are meant for studying – not sex
College sophomore Ethan Follett never says what’s on his mind and never wants to rock the boat. After a high school social life spent anonymous and alone, things are finally falling into place for him. He’s found a group of friends just as studious as he, and is on track for a promising legal career. Out in the open, things couldn’t be better, but secretly Ethan yearns for some real excitement in his life.
He finds it in cocky fratboy Greg Sanderson, who challenges every rigid, preconceived notion Ethan lives by. Soon, their sparring relationship turns sexual, and these enemies-with-benefits get their freak on all over campus. Yet the more Ethan comes out of his shell, the more Greg retreats into his, working overtime to keep his ladies man public persona intact. As the sex gets hotter, and they get closer to getting caught, one part of their arrangement can’t stay hidden any longer: love.
OUT IN THE OPEN is a M/M new adult romance filled with humor, heart, and hot guys. The book is intended for audiences 18+ as it contains explicit sex and language.


I have to say, the blurb was what caught my attention especially that little line:  Libraries are meant for studying – not sex.... hmmmmmm I beg to disagree! and that was it, I got hooked. I opened, read, and did not bother to come up for air until I knew what would come next.

This is a story that takes place in a college where two young men weave their way through academics and parties. This is the life all of those who went to college go through, be it for good or for bad, it always comes to parties, fun, books, and yes, libraries.

Ethan Follett wanted to be a lawyer and even if his high school life did not really give him the pleasure of being a popular kid, he still knew what he wanted. Getting to college was just a step into his future, even if his social life was to be ridiculed. It was still better than what he had had. Ethan is also openly gay but was considered a bore. He was quiet, nerdy, and lacked the social skills a college sophomore is expected to have. In short: he had no social life to brag about. But his grades did him proud.

Then there is Greg Sanderson. A senior pre-law student, he was everyone's dream frat boy. Handsome, charismatic, a ladies man, and just breezed through his classes. Sitting beside the quiet and very boring Ethan made his week for he could tease and torment. Until Ethan grabbed something he should not have and Greg liked it.

The affair began. And not in quiet bedrooms. It began in the library, in the closet, in the balcony, and in.... the library. It was an affair both boys kept secret. Ethan because he knew Greg was closeted and Greg because he was not out in the open. He had a rep to protect.

Then Ethan changed and wanted more. Could Greg keep up?

This is a hot little affair about two young men who loved to enjoy themselves but hiding out in the open. A hot little story that can surprise those who never went through the academic halls but is really just a nice recap of what truly happens when walking the path of learning.

AJ Truman is a new author for me but that blurb, it was well done. That cover was who I pictured Greg to be. And the story?