Born and raised in a small coastal town in northern Québec, Bey spent his early summers on his uncle’s boat and running wild on the beaches of the surrounding islands, lighting fires and building huts out of driftwood and fishermen’s nets. As an adult, he eventually made his way to university and earned a degree in Art History with a strong focus on Anthropology. Primarily a portrait painter and graphic artist, Bey sat down one day and decided to write about the two things that he felt most passionate about: sex and the sea.
Bey currently lives in the wilds of Montréal with his best buddy, a spotty pit bull named Murphy. Caged: Love and Treachery on the High Seas is his first novel. 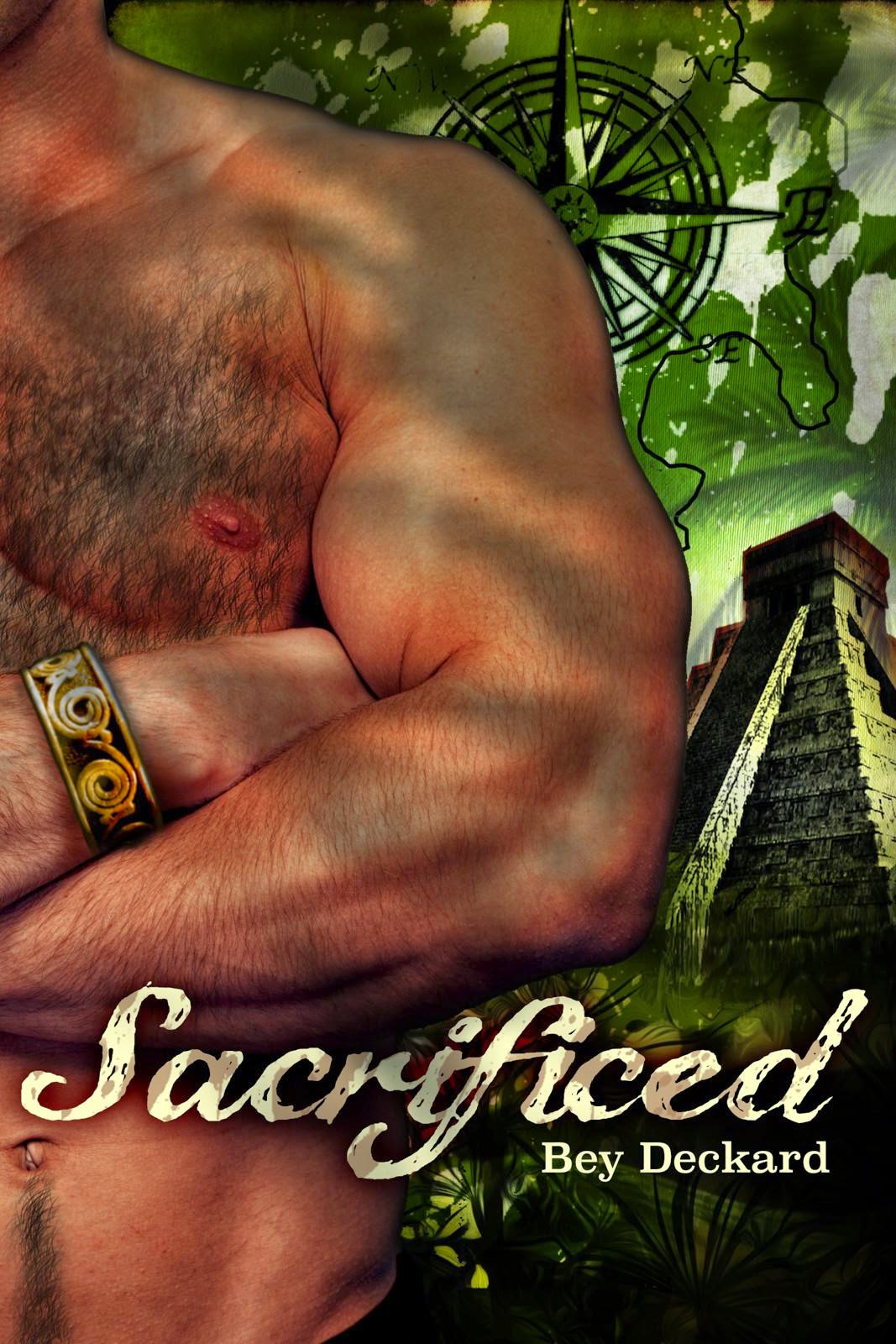 Reunited once more, the crew of Baal’s Heart must make the long and treacherous journey south to the towering spires of the Devil’s Isles. The path through the mountain range is fraught with peril; mayhem and tragedy plague the pirate ship, but what the men find beyond the spires is the most shocking of all.
In this sequel to the acclaimed Caged, the pirates are dragged into a dangerous new world by Captain Baltsaros’s all-consuming obsession. In the midst of terror and chaos, Jon learns that the captain and first mate have been keeping secrets from him. But will the truth tear them apart?

Review
My Rating: (5 of 5 Stars) 5
The Multiplier Rating Takes Effect


This was a huge read but each page was turned viciously I cramped my fingers clicking my Kindle to death. Holy Camote!!!!!!
Okay, so Bey Deckard upped his bar on this one and after Caged: Love and Treachery on the High Seas (Baal's Heart #1), I thought, meh, he's good but how will his follow up make it?
**eatmywordsandtongue**
Damn but this was good and not in a Pirates of Penzance way. I flip a finger at Disney too.

Okay so this was way better than good. This story is the continuation to what could have been considered an HEA of the first installment. We thought the men would go through their lives like a fairy tale with the dominating Captain Baltsaros leading the relationship, Tom following a close second and then there was Jon. The gentle, loving, submissive who cared for both men with a passion he never thought he could have.

We all go through the motions of reading about how the men finally get on with their lives thinking, ho hum, but then the plot twists with a whole lot of angst. They now find themselves in a stressful relationship with Jon right in the middle. But instead of caving into the stress, instead of the boy who came out the winner with two strong men at his beck and call, we have a Jon who matures into someone none of us readers expected him to go through. A maturation that takes the captain and Tom by surprise, denial and finally, full acceptance and pride.

(Take note that I removed a whole lot of stuff from this specific space. I have written and rewritten this review but decided, heck no, I am not spoiling anything, accidentally or on purpose.)

Through all of the swashbuckling action and drama that unfolds, this does not read like a book. Not at all. It is a movie in our minds we cannot click Stop to. This is a fast read despite its weight and that makes it one of the strongest reads I have encountered in a long time. The best thing is, all throughout the read, I could still hear the waves as they crashed on the sides of the ship, smell the salty sea air and just get lost in the beauty that is a pirate story.

This series is best read in order.
Related link:
Caged: Love and Treachery on the High Seas (Baal's Heart #1) by Bey Deckard

Posted by multitaskingmomma at 1:05 AM