Growing up in the suburbs of Chicago, Jake Biondi fell in love with "The Windy City" at an early age.  He left the Chicago area for four years to attend the University of Notre Dame, from which he graduated with degrees in English and Business.  He was awarded the university’s prestigious William Mitchell Award for Playwriting.  Upon graduating from Notre Dame, Biondi returned to Chicago where he attended and graduated from the Loyola University Chicago School of Law.   He has been living in Chicago's Boystown neighborhood for over 20 years.

While studying literature, Biondi became a huge fan of Charles Dickens whose novels were originally released in installments, each ending in a cliffhanger to keep readers coming back for more.  Because of his love of those novels as well as television dramas such as Dynasty, Knots Landing, Dallas, and Revenge, Jake Biondi decided to create a serialized saga for contemporary audiences.  Thus, BOYSTOWN was born.
Biondi began BOYSTOWN in June of 2013 as an online story and intended to release one "episode" online per month, each ending in a cliffhanger. The story became so popular -- and the online reading audience grew so quickly -- that people from all over the country began to email him demanding to know what happened to their favorite characters and wanting the episodes to be released faster.  They also had suggestions for future storylines! Biondi was surprised and excited by the readers' response to BOYSTOWN and began to write and release installments more quickly.  By November, Biondi had released 10 episodes and his reading audience had expanded well beyond the borders of America.
Because of BOYSTOWN's huge success online and the serialized nature of Biondi's writing, readers from all over the globe have been able to correspond with Biondi and influence the storylines of the BOYSTOWN saga as Biondi writes it.
Readers also suggested that Biondi publish the first 10 episodes as a book rather than leaving them online. He took their advice -- and “BOYSTOWN Season One” was published in late November of 2013.  The book is selling very well locally and nationally. In the meantime, Biondi continued to write additional episodes. Episodes 11 - 20 were released as “BOYSTOWN Season Two” on July 7, 2014.  Biondi is currently working on episodes 21 - 30, which will be published as “BOYSTOWN Season Three” at the end of the year.
Because of the popularity of the book, people have suggested that BOYSTOWN be turned into a television series.  Biondi has begun to reach out to television networks and producers -- and their response has been very positive.  Working with actors and other professionals in the entertainment industry, Biondi hopes to bring BOYSTOWN to television in the near future. 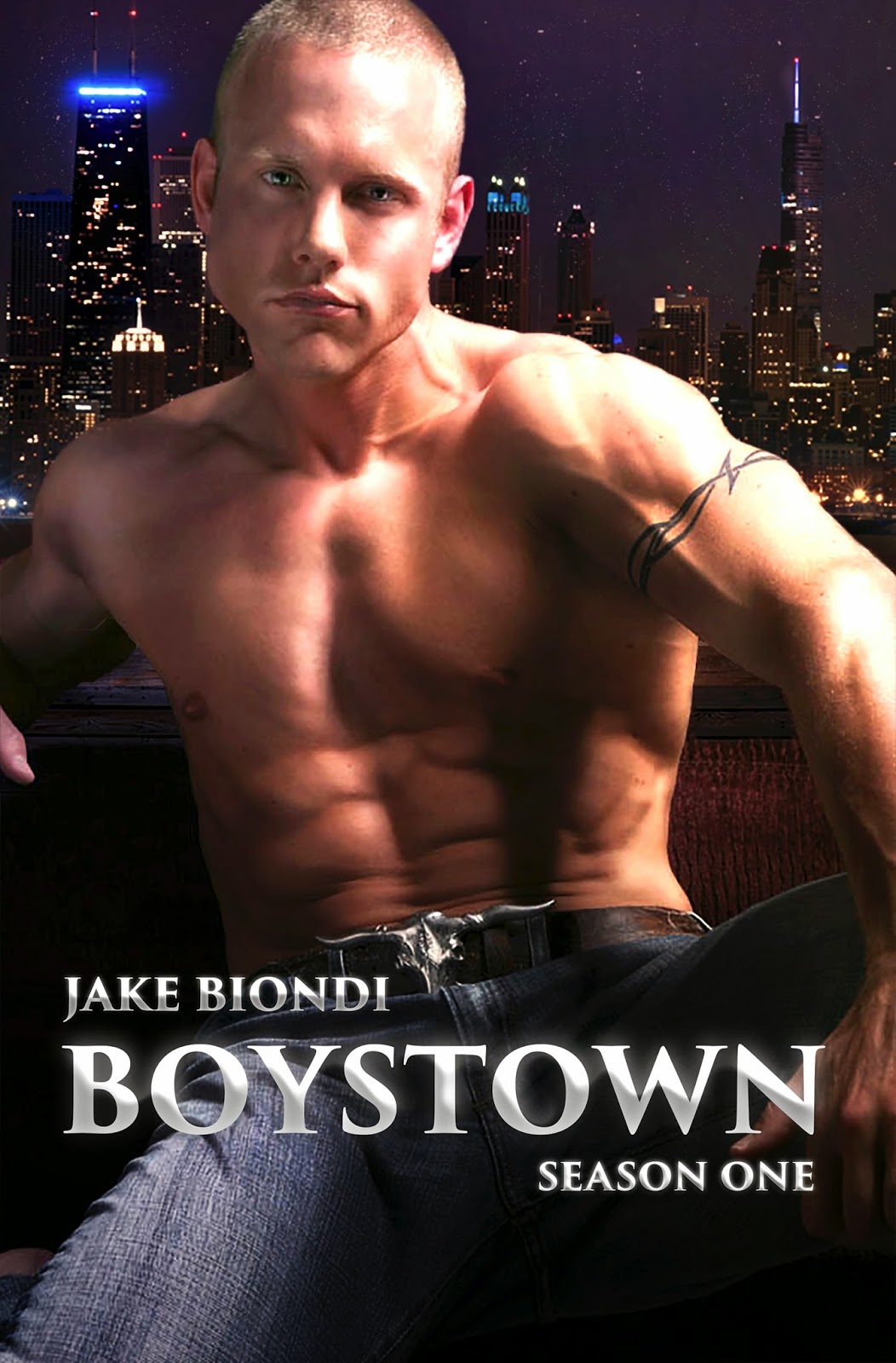 
One of the most diverse and lively neighborhoods in the country, Chicago's BOYSTOWN has something for everyone. So it's no wonder that Jesse Morgan and Cole O'Brien chose to live there upon graduating from college. Ready to begin the next phase of their lives in an exciting new city, Jesse and Cole quickly find themselves at the center of a new group of friends. Joyelle and Derek Mancini have been happily married for years, but Derek is harboring a secret that could tear them apart. Derek's brother Emmett is about to discover that his boyfriend Keith Colgan has a past that will haunt them both. Long time couple Logan Pryce and Max Taylor must face a crisis that neither of them expected. And, before they realize it, Jesse and Cole find themselves at the center of it all in the adult playground known as BOYSTOWN. 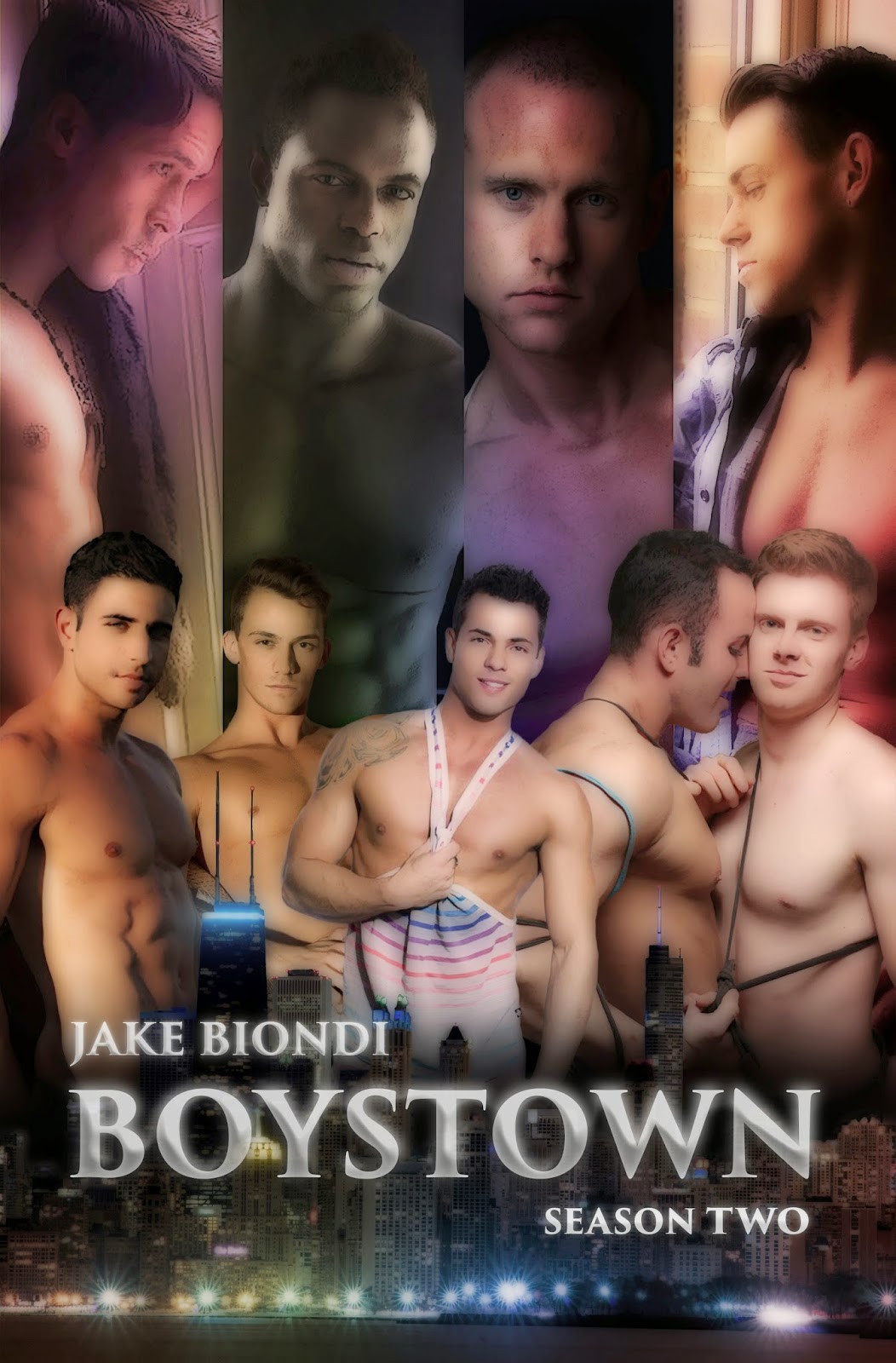 
“As the others scrambled, two more gunshots were fired, echoing throughout the room. Blood splattered on the wall and floor as three bodies fell to the ground.” --BOYSTOWN Season One
In the aftermath of the warehouse shootings, lives are forever changed and relationships are forever altered. As the families of the victims work to put the horrific event behind them, they find themselves at the center of an even larger plan for revenge.
Ciancio twins Marco and Gino are as handsome as they are powerful -- and they arrive in Boystown with a scheme rooted in the bad history between the Ciancio and Mancini families.
At the same time, Keith Colgan seems hell-bent on getting back the boyfriend he believes was stolen from him, Ben Donovan continues with his plan for Jacqueline Morgan and her son Jesse, and a stranger from the past threatens the future.
It all leads up to a spectacular New Year’s Eve engagement party that no one will ever forget.
Welcome back to BOYSTOWN!

I must confess, I just love reading something written unusual for me. These books are presented much like a script would be, but technically, it is not a script. With that style in mind, think: HBO TV Series. There is sex, violence, nudity, erotica, infidelity, crime, passion, blood, drama, angst, thrill, mystery, more erotica and more complications that sets the TV ratings skyrocketing. Yes, these are books but they are not.

Take a look at that title: Boystown Season. There is now a season one and a season two. And just like anything we watch on TV, the separate episodes are just the different slices to the whole season. Where season one left off, season two begins but with new characters, more plot complications, and more mysteries to unravel.

The central focus of these books are not one, not two, but a few characters. Each character has their own little story to tell and each story complicates the whole story but makes it complete. The start of the read could be a bit confusing, but once the episodes unfold slowly and really fast, then all of them somehow manage to be part of the single picture.

My first thought is Derek. Now this is a character I would call hypocritical and really idiotic. Yet he is the one I really like the most. I won't call him the anti-hero either. He is just Derek and he has issues he has to deal with. He is married to Joyelle but he is lover to Cole, a guy he met on a trip. Losing his wedding ring on that scandalous secret affair started the ball rolling so to speak.

The second focus I love to hate is Logan. Now he is an idiot. But I love him anyways. He is an alcoholic who refuses to back off from his denial and has a sort of self-defeating personality. His denials and failure to face up to his own faults not only ruin his relationships but his personality itself.

Why do I like these men? Both are obviously not the 'romantic leading man' types. They are flawed, they have inner demons and they are hypocritical.  - Just the kinds of people we meet everyday and relate to. They are real.

Joyelle. Wow, this is a woman with a mission but she has secrets too. Emmett loves and loves completely. When driven away, his needs to connect finally opens his eyes to a future he had always wanted. Max. His needs are just as complex and he does connect.

Then there are Justine, Jesse, Keith. Then the twins. There are a huge cast of characters here and their lives are all so interconnected it is hard to figure out where the blurred lines begin and the solid lines end. In short, these men and women all have something to say and they do say them verbally, emotionally, sexually, violently, secretly - its exhausting to find all the adjectives but in a good way.

The one thing I cannot do is reveal the plot. This is an ongoing series and I cannot, in all justice, spoil these books with spoilers. What I can say is this: this is not written in the usual formula. This is like watching a very intriguing and engrossing TV series readers would love to hate and love to love. Reading this makes the brain work - to the past and to the future. There is always that feeling of being on edge for what comes next and that is what made me realize, I finished the two books in a single afternoon. Talk about brain fried!

... but I smile and frown for that third season is still in production and Jake Biondi better produce.