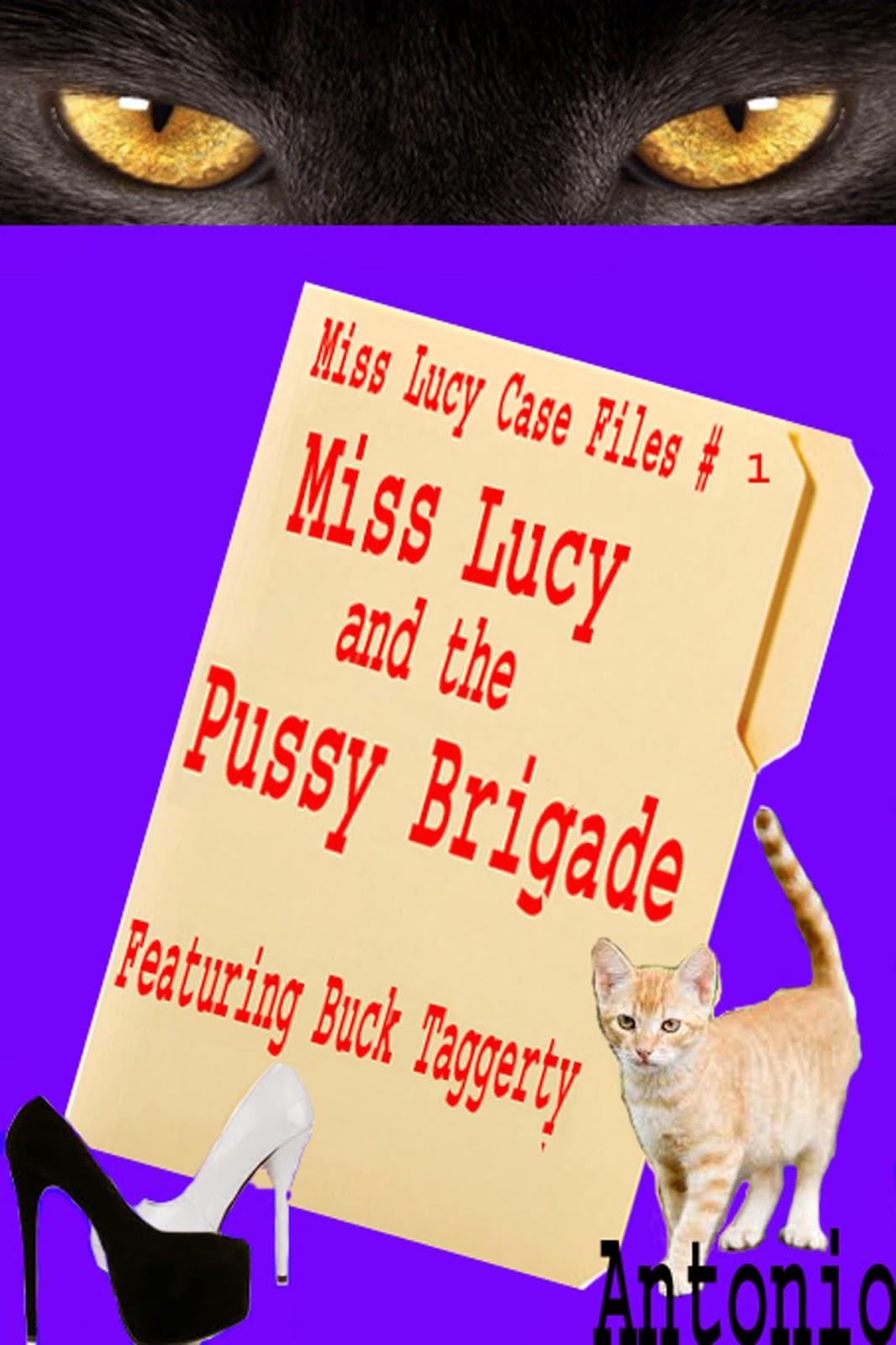 
Miss Lucy dreaded training new agents in the field, more than almost anything else she had to do for the organization. This mission had already started off badly due to the fact she was retraining agent Buck Taggerty—or ‘the fool’ as she liked to call him. As handsome as the man was, he tended to do some fairly foolish things. Without a doubt, he was good at handling weapons and could be handy in a pinch, but Miss Lucy still cringed at the thought of dealing with him. The team was supposed to be working a simple retrieval case involving one little pussycat statue, but things went crazy to a slapstick comedy level. As serious as the case was, it would become legendary among the organization’s members for its comedic qualities. It soon became a rite of passage for new agents to read Miss Lucy’s account of the case without cracking a smile—none ever succeeded. There are even some people in the organization who enjoy reading about how romance bloomed on the case when Buck Taggerty met the love of his life.
Any thoughts Miss Lucy might’ve had that the two new agents-in-training might make up for Buck’s lack of skills were dashed when she met them. Leticia, her boss, had told her she’d be sending two burlesque showgirls to help on the case, so Miss Lucy thought she’d braced herself for every possibility. Upon meeting Ebony and Ivory, Miss Lucy realized she hadn’t prepared for ‘every possibility’. And Just when things couldn’t possibly get any stranger…they did.The mission went on record as the zaniest, most hilarious case of Miss Lucy’s entire career. Her team went undercover at a burlesque theater in central Florida owned by a showgirl and her wheelchair-ridden, significantly older husband. The theater was located next to a retirement community filled with rather unique citizens. All of the crazy rumors regarding what may or may not have happened in the nursing home between the patients and some of the team members was finally confirmed in the case files; after said team members were assured immunity from any sort of prosecution. These case files also confirm the almost unbelievable supernatural aspects of the mission.
If anyone within the organization doubted the cats’ roles in what occurred during that mission, the file removes all doubt. The origins of the mysterious pussy brigade are also revealed in full detail. Often spoken about in whispers behind shadows, the full account of what transpired between Miss Lucy and the pussy brigade is spelled out in details even the greenest of recruits to the organization can understand. Miss Lucy had trained agents before, but this is the account of her first training mission under the new directive.


Review
My Rating 5 of 5 Stars

Finally, I got some bit of comic relief spicing up the romance and mystery that I normally expect from author, Antonio. This is an author who does not fail to keep the mystery going and had always managed to introduce quirky characters that can be a bit odd at times and a bit weird in others. (Is there really a difference? = Well, in this case: definitely!)

We have this character, Buck Taggerty we first met in Green Eyes Cry, You Die. He was that guy who was so dumb, duh and just adowable he was so unforgettable. He practically stole the show from Leighton Shayne then and he definitely steals the show in this book: from Miss Lucy, the cats and Misses Ebony and Ivory!

Buck Taggerty had finally dropped that ridiculous introduction he came up with when we first met him but now, oh my lordy, he is worse? or better? Let's just say: 007 vs The Spy Who Shagged Me.

This is a supernatural/paranormal story about a group of people led by Miss Lucy herself and they are basically the guardians of the world. Miss Lucy reminds me of 'M' and the Pussy Brigade is a group of idiots recruited to her team. Thing is, she has her hands full monitoring and training them, she wonders if she should just get the heck out of there. Unfortunately, of fortunately? the team has a high success rating, despite all their idiotic attempts to what one would call: spying techniques.

This was written with a really snarky voice that is so tongue-in-cheek any loon would not miss the sarcasm and yet cannot but help love the characters and their inabilities to be technical or just be modern. Add in their highly challenged grammatical know-how, I practically snorted reading this.

Below is a playlist for this book, it is an irresistible collection of songs and music that were featured in probably one of my favorite chapters in this book. I just loved listening to this playlist while reading that section over and over again. With the way Antonio writes, highly visual and strangely auditory way, I am more than happy - I am grinning and found myself swaying my hips to this.

So Buck is this irresistible 6'5" hunk of a teddy bear whose naivete and innocence glows from the inside out and may be the whole reason why he is successful at what he does. I don't know, but I just love this guy to bits and I can't wait for him to show up more in this author's future works.

As for Miss Lucy, oh my, she has a lot in her hands what with all the claws needing to be sharpened and mouths to feed. This is the first case file to this series, I cannot wait for what comes next :D

Over the top? Definitely.

Enjoyable and entertaining? To the max! Oi!

This is so crazy! bwahahahhaaaaa


Also by This Author

Posted by multitaskingmomma at 9:46 PM