Bronwyn is always wants to be a what you see is what she is, kinda person, but she’s not sure if she truly wants to succeed in that area. mostly because the voices in her head, the ones that come out so well on paper aren’t as well behaved in her head, and she’s a mother now, she’s got to hold something form or sanity. 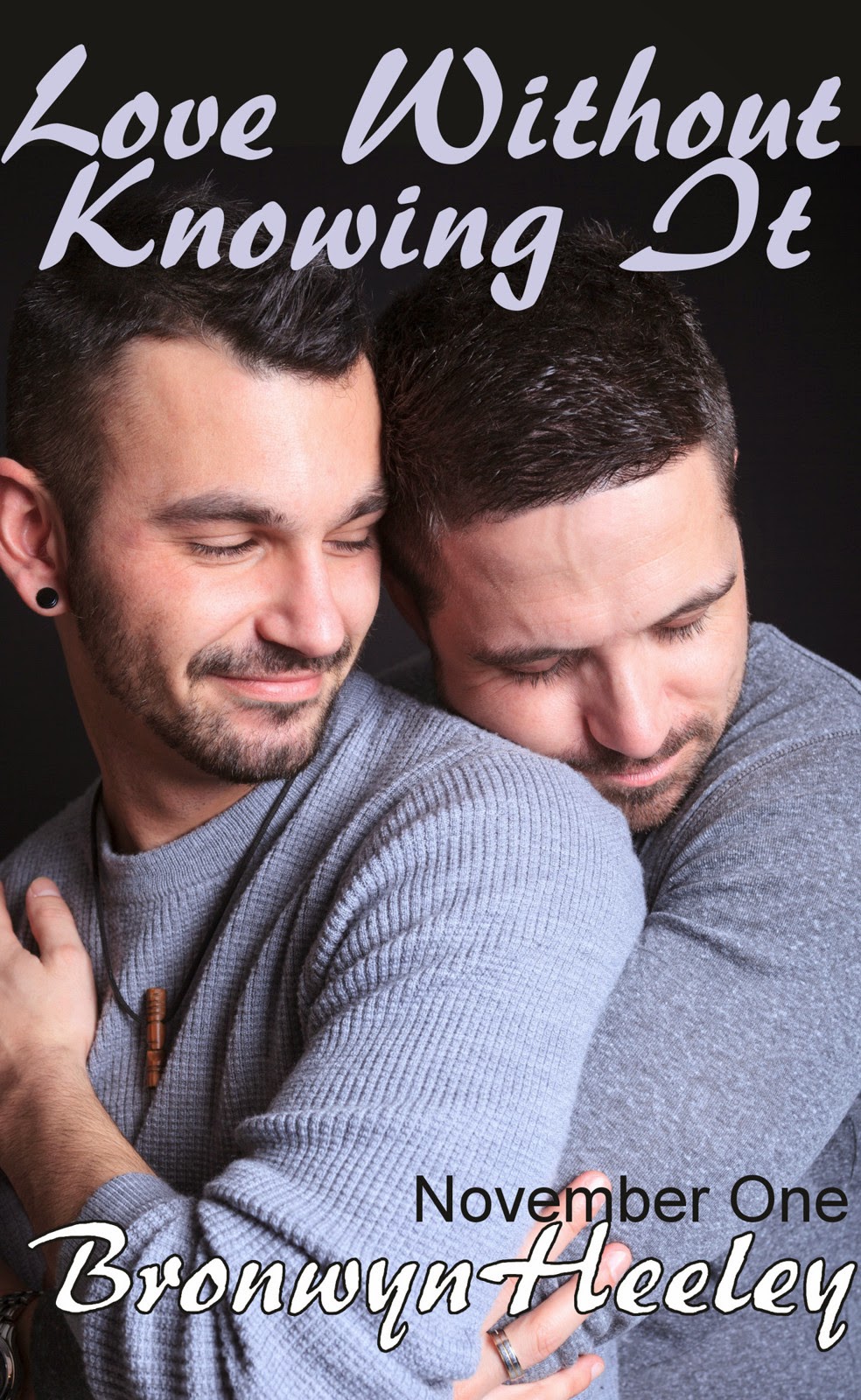 When everything Paul had ever known turned upside down, suddenly he needs to man up and fight for the love he’s always feared.

Paul’s life was set. He had what he needed and what he was comfortable with. Then a night with one of his regular lovers pulls him into the drama of sickness, love, and death.

In the end, Paul needs to work a few things out first: Is he strong enough to fall in love with a man that may need more than he’s able to give, or will he fall into old habits and run when the relationship gets too complicated?

Note: through the month of November 2014, all profits from this book will be donated to the Movember charity


Review
My Rating: 4 of 4 Stars
(Based on Short&Light Read)

Love Without Knowing is the type of book you pick up one minute then put down the next, all finished, all teary eyed, and all hoping. This is such a sweet, sweet romance and it just shows that love will creep in at the most unexpected times.

Paul had had a history that made him turn from committed relationships but it did not stop him from having fun. His friend and lover, Matt, was his one constant in life. He actually looked forward to their weekly trysts but when Paul discovers an anomaly in Matt's body, he just knew he had to get his priorities straight. Should he leave this man, his friend, his lover, at his time of need or should he man up and finally admit to him that what he was feeling was not just sexual, but actually involved the heart?

Oh boy, this was such an endearing story. Yes, this is a classic Bronwyn Heeley who takes readers on a short ride and then dumps them in the middle of a world hard to get out of. No, this has nothing shapeshifter involed, this is pure contemporary. A story of how a disease can make a huge difference to the lives of the sufferer and those around them. This is a topic hardly touched by authors for it cries too much of how real life can be. Fortunately, the author made sure to take her readers slowly and gently into the process of how Matt and Paul lives unfold after the discovery. Their lives are changed forever, but their love becomes the hero that made me cry and laugh.

Thank you Bronwyn, this was short, sweet and a little bit hard to take, but the beauty of your message really shines through. **mwah**

Posted by multitaskingmomma at 3:09 AM