Susan Mac Nicol was born in Leeds, UK, and left for South Africa when she was eight. She returned to the UK thirty years later and now lives in Essex. Her debut novel Cassandra by Starlight, the first in a trilogy, was published earlier this year by Boroughs Publishing Group in the US. Sue’s latest story, Saving Alexander is her second m/m romance.
Sue has written since she was very young, and never thought she would see herself being a Romance writer, being a horror/psychological thriller reader all her life. But the Romance genre is now something very close to her heart and she intends continuing the trend.
Sue is a member of the Romance Writers of America and the Romantic Novelists Association here in the UK. 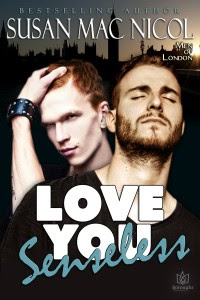 London’s saucy up-and-coming chef, Eddie Tripp has just the right recipe to drive tragedy from the mind of Gideon Kent—and leave him senseless with desire.From Soho to Norwich, there’s no escaping love.A TASTE OF FOREVERAn award-winning chef with his own restaurant and an inexhaustible passion, Gideon Kent once had everything. Then came tragedy. It stole more than Gideon’s home. He hasn’t cooked since.Until Eddie Tripp. Fun-loving and vivacious, the Norfolk redhead’s a real up-and-comer in Gideon’s kitchen—and other places. Slim where Gideon’s broad, easy-going where Gideon is growly, he and Gideon seem polar opposites, and yet Eddie conjures flavors that would tempt anyone with a taste for perfection. The sauce of love is already simmering, and this pair is about to dine on the most delicious dish they’ve ever prepared. Because Eddie’s been Gideon’s missing ingredient all along. 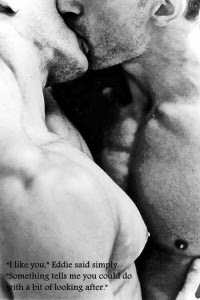 It was around seven o’clock when he made his way back from a quick meeting with Sarah and heard giggles and deep masculine laughter from Carmen’s office. He’d thought about Carmen’s words earlier and decided that perhaps he might have an early night and get upstairs by eight pm tonight. He wasn’t going to Bon Appétit, not on a Goth night - Gideon shivered at the thought -but he might start that DVD box set he had of Game of Thrones. A night in sounded like a plan. He had plenty in his kitchen to eat and he was sure he could knock up something nutritious if not tasty. He still cooked for himself as it was plain simple food that didn’t need much effort. Eating nowadays for him was a means to end and no longer any form of enjoyment.
He wandered over to Carmen’s office, jacket slung over his arm, and stood at the door. He stopped dead, his heart beating like a pacemaker gone wrong and his dick instantly standing to attention at the scene before him. Eddie stood with his back to him, in black skin tight leather trousers, and Gideon could hardly drag his eyes away. The leather fabric hugged a taut, round backside, clearly defined in its two parts and leaving little to the imagination. His feet were encased in high heeled, studded boots that made his normal five foot five or six height closer to eye level at Gideon’s just over six foot. Eddie wore a black, silky skin tight tank top, showing off well defined arms and pecs that Gideon didn’t even know he had. Eddie tended to wear loose tee-shirts and baggy jeans most of the time.
This strongly muscled, very sexy figure was miles away from the Eddie that cooked in the kitchen.
Gideon felt faint. 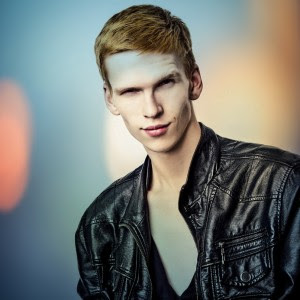 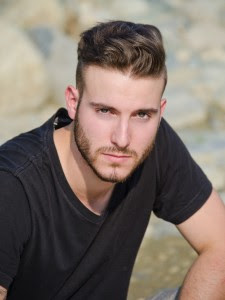