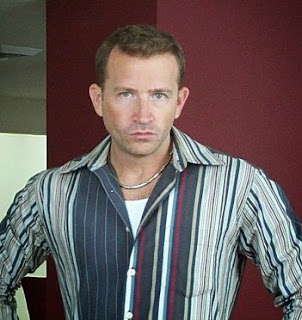 Gregory Jonathan Scott was born and raised in Grand Rapids, Michigan where he met and shared a life with Scott that began just out of high school. Meeting by chance in Grand Rapids before relocating to South Florida where they live now with their lovable Shetland sheepdog and a sweet stray cat that showed up one day and decided to make their house a home. As a child, Gregory was always told he had a creative imagination and the artistic ability to turn a blank canvas into a beautiful work of art. Shortly after high school graduation, and together with his true love Scott, discovered the thrill of pottery and ceramic art. Here is where they opened a business for ceramists that quickly exploded before their eyes as the number one location for any hobbyist, storefront and scholastic industry looking for supplies related to ceramics and pottery. During this time, Gregory was approached by art magazines to write short articles and educational columns pertaining to the ceramic artistry. Captivating readers by his writing style grew fast, which ignited his desire to express himself further. From there, it began. Finding a love for writing, alongside his artistic hand, gave him inspiration to design and write this M/M romance Novel. Gregory and Scott are still together and are currently enjoying home life in South Florida. 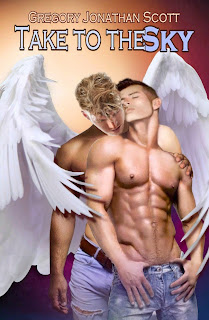 Take To The Sky

An angelic romance that’s Powerful, Suspenseful, Sexy, Uniquely Erotic, and Romantic. In a secret Michigan Laboratory, an experiment developed a superior creation that was anticipated but not expected. He was the ultimate conception, a core life-being merged with avian. He was born with a gift, a rare one; the ability to fly. His wings instinctively brought out the urge in him to fly, and Kellan's need to be free became his obsession. When the dark, swirling clouds loomed one night, Kellan abandoned the place he had called home, taking to the sky in search of his freedom and to seal his heart that seemed incomplete. Because Kellan's secret was too great for anyone outside the institute to know about, TC unleashed genetically altered Maniacs to bring him back. Through independence, his amazing reality brought riveting adventures to a man he found and couldn't seem to live without. They get tangled with hair-raising suspense that adds heart-pounding tension to every attempt they make at living their unique affair. They faced uncertainty so hectic that staying together was the least of their challenges, and it caused many of their bouts with passion to spiral in and out of chaos. Along their frenzied path to survive, hidden secrets surface about Kellan, prompting each move they make in order to truly set him free. Could Kellan's one true love and passion to fly be the death of him? It's a magnificently inventive adventure of menace, romance, and extreme erotic pleasures. 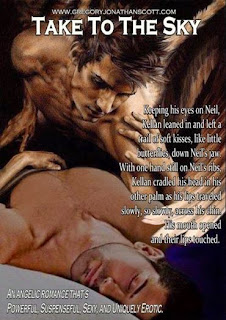 “Okay, I’m sorry,” Kellan said. “I only wanted your first flight to be memorable. Next time I’ll  go easy on you.”
“Ppphh! Next time?” Neil spat and started to walk away. “I don’t think so, there isn’t going to be a next time.”
“Get over here.” Still chuckling in a playful manner, Kellan reached for Neil’s wrist and  tugged. “Yes there will be, and I promise I’ll go easy on you.”
Neil jerked and spun into Kellan’s arms, hitting his chest hard. It seemed warmer this time and what Neil liked most of all was when Kellan wrapped his feathery wings around him for that added hug. And then there was the kiss. Another beautiful kiss that transported them to a world of their own and just like before, it was perfect.
Hardly a minute had passed when the thrill of the other’s touch set off definite arousal inside both their jeans that fought like hell to bust loose and connect in a way that only two men could.
Neil brought his hands to Kellan’s bare chest and stroked it. If he wasn’t mistaken, his chest wasn’t as smooth as it was before, maybe superfine feathers like the downy growth found on a newborn bird. It was shadow black where they were at and the darkness kept Neil from being able to tell for sure, but his exploring hands that roamed Kellan’s chest made him grow much harder than he was just seconds ago.
The low moans that came out of Kellan told Neil that whatever was happening between them needed to continue. When he felt Kellan’s tongue push between his teeth, he took that as proof that the angel wanted more of him.
Was it a good thing or a bad idea?
The night air was still, too still, almost peculiar enough to be a bad sign. It was like the calm before an approaching storm.
Neil longed for more of Kellan, but wasn’t sure it was the best thing for them to do. The idea of getting wrapped up with an angel who just escaped a top-secret government facility might not be a good one. He desperately tried to put his mind elsewhere, anywhere but on the man he was kissing. Anywhere in the universe would do fine, but the thought change wasn’t working to save his ass – he was hooked.

Take To The Sky. Oh my, I thought it was something else, like an angel from heaven coming down to his beloved human. Or how about a shape-shifter angel finding his mate. My imagination ran wild with that cover, naughty cover! See those feathers caressing Neil?

Then I read the blurb, oh my, it's science fiction and wow, happy me!

I opened, I read and blast from sci-fi heaven it's like reading an M/M twist to the X-files and X-Men combined! And I loved it!

Kellan, oh he reminds me so much of Warren Kenneth Worthington III and he is just as sexy, as sweet, as powerful, as tough and as gentle as could be. This made my heart go amok, I do so love my comic superheroes and Greg! thank you sooooo much! Love this, love this love this!


Check out these Giveaways!

Grand Prize (US Only)
Kindle Fire HD 6 Tablet and a Signed Paperback Copy of, Take To the Sky

E-copies of Take To The Sky, The Plantation Affair and Heartbreak Beat

E copy of Take To The Sky 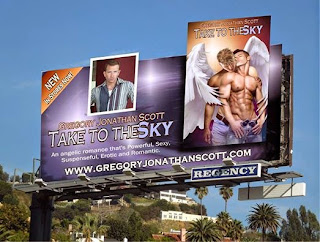 To get a chance to win an ebook copy of Take To The Sky, leave a comment below and don't forget to leave your contact email address.

We will randomly pick 1 lucky commentator and Gregory Jonathan Scott will email them their ebook version of choice.