I live in New England with my young family. I’m a stay at home mom to two very active children. For all of you who are familiar with the stress of this job, I decided to complete an item on my bucket list and write a book. I’ve always been a big reader, and I happy to say my children have fallen in love with books, this is one proud Momma.

Jaded and hardened by the ultimate of betrayals, Clearwater Falls Sheriff Gage Dennison is content with his simple, detached life.
With only his loyal dog at his side, Gage has successfully maintained the walls he’s built around his life and heart for eight years. From his secluded house at the end of a private road, to the solitude of a small town sheriff, he has no trouble keeping everyone just where he wants them – at a distance.
But Gage soon learns his walls are not as solid as he thought them to be.
Despite all his efforts, and against his will, Gage’s new neighbor Delaney Collins threatens to crack his once-impenetrable walls.
Unprepared for the constant verbal sparring, and growing physical attraction to Delaney, Gage is suddenly fighting an internal war he never expected. His brain and reason insist he keep his distance, but his body refuses to listen. Especially when the lure of her warm, willing body soothing his bruised and battered soul is too much to resist.
As the demons of his past are revealed, will Gage crumble under the weight of his fear? Or will he find the strength necessary to tear down his walls and hold on to the only woman that offers him a second chance at love?

The Dennison Series starts off with Gage, the eldest of a large brood in W. Ferraro's romance novel, Afraid to Fall. This lonely man happy with a solitary life suddenly gets a wake up call he sorely needs.

Delaney Collins drives into town right at the start of a snowstorm. With her town car and fancy clothes, the only other thing she needs to do is scream "newcomer!" at the top of her voice. And there's that little baby she has with her, to boot. Could it be any more obvious she doesn't quite fit into the small community?

Then she gets her car stuck in a snowdrift, of course. Thankfully, Sheriff Gage Dennison is going the same way and rescues her. Then he realizes his new neighbor and his rescuee is one and the same person. And he saves her, and her son, yet again, from freezing in their unheated new house. This seems to be too much of a coincidence! While he's clearly attracted to her, it seems to be more trouble to start a relationship than not.

Gage is the man in charge and he isn't used to having his orders questioned, much less disobeyed. So when Delaney does what she wants regardless of what he's just said, he becomes irritated. And intrigued. A beautiful woman with a child isn't exactly the kind of complication he wants or needs. Yet he's drawn to her despite his better judgement.

Delaney has to cope with being Gage's fear personified. And how to deal with his illogical, irrational jealousy is another problem in itself. She too has to decide if the love she feels for him is worth it. How can Delaney overcome Gage's fears of betrayal when she represents everything he is scared of? Can she convince him that she isn't capable of hurting him the way he's afraid she will?

The characters here make the book. While I'm used to alpha males, it's not often that his female is an alpha too, one strong enough to stand up to him, make her own decisions, and also help him change not just his mind but his attitude. Delaney is a strong and feminine woman and I love her.

I just don't get how some secondary characters involved in Delaney's previous social life just show up without reason and disappear just as quickly. I would have liked even just an additional sentence to explain why they're there. But otherwise, no complaints at all.

Afraid to Fall is a terrific introduction to the Dennison Series. W. Ferraro's ensemble of hot alpha brothers with just a hint of nuttiness has got me craving another hit. Although, it makes me wonder what will happen when the sole sister finally falls in love... 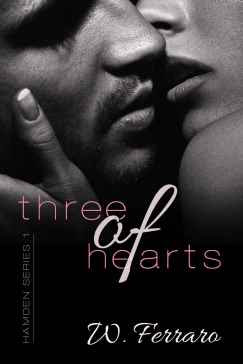 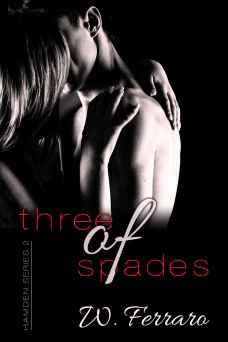 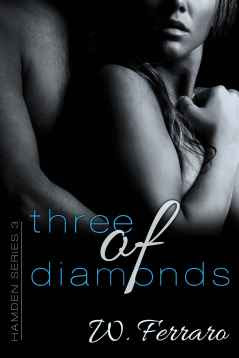 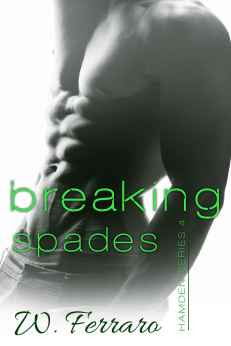