eARC Review & Excerpt: Out of CTRL by SA Welsh

I'm SA Welsh and I write because the voices in my head keep making me. I love reading and I love letting the characters and stories in my head come to life in a book. I can't function in the morning without a cup of tea and when I'm not writing I'm reading. I have enough books to last me through an apocalypse but don’t ask me to share them unless you are a fellow book worm and know how to treat and appreciate a good book. It is thanks to the writers that inspired me to put myself out there that I became an author and the editors that make sense of my chaos that I keep writing.
You can also follow SA on Twitter 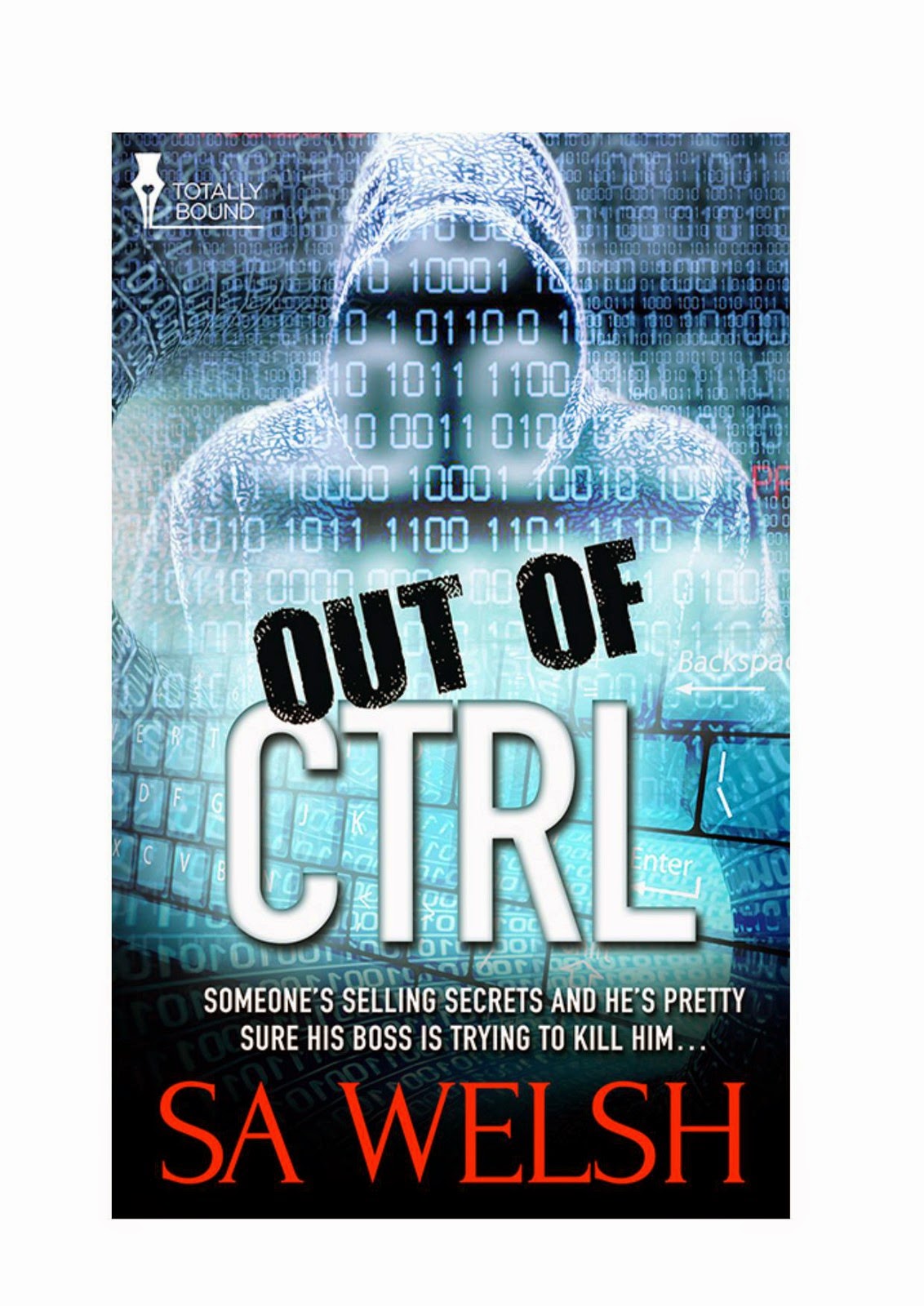 Andrew had no intention of ever going back home. But circumstances force him to face his painful past and the friend who betrayed him. Andrew Finley has no intention of going back to his hometown—ever. After he’s caught hacking into the CIA, he builds himself a new life as a computer guy for the very government agency he hacked. But over the past few months, something has been bothering him, and his boss is acting more paranoid than usual. Every time an operation fails, Andrew collects information that could prove someone is selling secrets. Now he’s pretty sure his boss is trying to kill him, so he has no choice but to go back home to buy some time. Home may be more dangerous than facing his boss. Nine years ago, his former best friend and first crush Teddy betrayed him, and let his evil sister and her minions send him running. But he’s back now and not everything is as clear-cut as he thought. Teddy may not be a Judas but can Andrew catch his fireman without getting burned, or is coming home going to kill him?One corrupt boss, one evil sister, enough family drama to fill a dozen daytime chat shows and an ex-best friend whom he’s been in love with for half his life makes for one hell of an interesting trip home.

For the crime element, we have Andrew Finley computer geek/nerd and brilliant hacker. At a young age, he had done some naughty things that caught the attention of the CIA. He started off with the easy stuff like changing grades here and there but he had steadily progressed to getting into and changing some stuff within the CIA system. Caught, he was made to choose: go directly to jail without having to pass go or go directly to jail by working with the CIA. Which choice do you think he looked into?

Now for the passion, betrayal and firefighter hunky HOT!ness.

Here Drew was, almost a decade later, successful in his anonymous career as government hacker-extraordinaire, money coming out of his ears, and miserably lonely, unhappy, and wanting to be with his family. But he cannot, he could not. Not when his sister Angela was there. Nothing could convince him to go back home. Nothing.

A call and a bit of blackmail later from his other two elder sisters did him in and he goes home. First day, he gets tickled silly. Hours after the tickle attack, Angela is there. More hours later, and his former best friend from hell, the one he grew up loving but had betrayed him at his hour of need, is standing in front of him. What comes next?

Just bullets flying and fires started, is all.

Theodore had been best friends with the young Drew for years but he suddenly up and left, never saying good-bye, never communicating, never coming home. Stepping out of the showers at the fire station, Drew is standing in front of him, with his future brother-in-law. The hate he sees in Drew's eyes destroy him. What he did, he had no idea. What to do, he made plans. No way was he letting Drew get away from him, for he does mean to keep him. Waiting for nine years was done. The boy was now a man, and he had no intention of letting him out of his sight. First, he has to find out all about that hate.

Oh, he also has to think on what to do about the secrets Drew kept, those that are biting them in the...

This is not short in the least, but frankly, I just wanted more. There are so many things going on here that kept my interest on the up and up and even if I had thought to give this a 4 star rating, I could not. I loved how the whole story fell into place when I thought it would crash, and I absolutely love that there was not too much angst nor drama going on, even if they are here.

Also, I found myself too invested in the awesomeness of Teddy's back.

Oh, before I forget: yes, a definite recommend. :D

Note: Review based on copy provided by Totally Bound.

By reading any further, you are stating that you are 18 years of age, or over. If you are under the age of 18, it is necessary to exit this site.
Copyright © SA Welsh 2014. All Rights Reserved, Total-E-Ntwined Limited, T/A Totally Bound Publishing.