Growing up in the Midwest, I began reading romance novels in high school, immediately falling in love with the genre, to the point where I decided to write professionally for a career. However, that dream splattered against a brick wall, resulting in a quick death in my first writing class in college when my professor told me bluntly that I wasn't any good at it. I shifted gears quickly, and left my writing dreams behind, eventually settling on becoming a nurse.
A few years back, I stumbled across a fan-fiction writing site on a favorite author's webpage. I began to read stories others wrote, not only making some wonderful close friends from the experience, but also, really learning to write for the very first time. Here I was able to share short stories, practice my writing skills, and truly develop into a writer. More than that, the experience allowed me to revitalize my dream, as I rediscovered joy in writing. Now, I spend my days off with my alpha male characters, quick witted heroines, and see how much trouble everyone can get into.
When I'm not working or writing, I enjoy working in the garden, canning, and seeing my backyard as a living canvas for my whimsical landscaping, and, of course, reading romance novels. 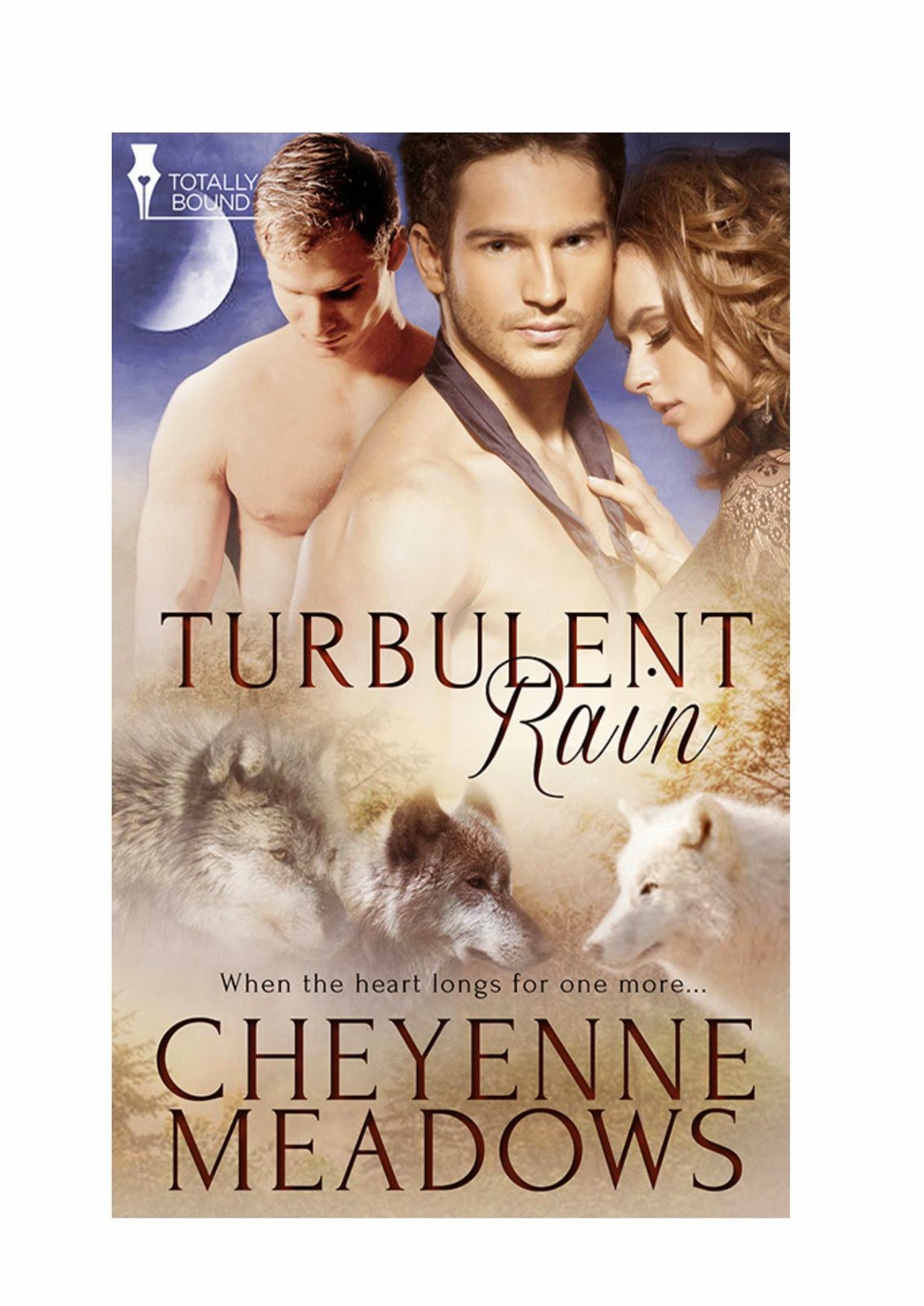 When the heart longs for one more…Daughter of the Horizon Pack alpha, Rain is ordered to find a mate immediately or else. Desperate, she takes off and literally runs into alpha wolf shifter Jet and his beta mate Garrett from a rival wolf shifter pack. Hearing her predicament and having met her once before, Jet step ups to help, promising to mate her and save her from an unknown fate.Jet’s actions set into motion a series of brutal events and leave Garrett questioning himself and his relationship, as he looks to Rain with a skeptical eye, unable to understand Jet’s blindness to the woman’s underlying deviousness. Out to expose Rain for the fraud she is, Garrett strives to find proof she carries the blame for murders along the pack borders which puts the groups on the brink of outright war.Jet works to keep peace in his household and between their packs, convince Garrett that Rain’s innocent, as well as keep his hands off the beautiful woman who makes his inner wolf growl with need. Until Garrett and Rain open their eyes to the truth, he knows they’ll never become the matehood nature intended, as a bonded threesome.Can they come together as bonded mates in time to help save their packs? Will Garrett be able to finally see the truth about Rain before it’s too late?Reader Advisory: This book contains M/M, M/F and M/M/F scenes. Publisher's Note: This book was previously released by another publisher. It has been revised and re-edited for release with Totally Bound Publishing.

Review
My Rating: 4 out of 5 Stars

I think I need more of Turbulent Rain, Cheyenne Meadows. The end came way too fast for me and left me wanting for a lot more.

Rain is one of the younger daughters of the Horizon Pack ruling alpha and has been in the middle of trouble since she was young.  From a late shifter to living with humans away from the pack, her parents decide it's finally time for them to put their feet down and get her to follow the rules. Already several years behind the proper age of having a mate, she must pick a male - or her parents will do it for her.

Scared and frustrated, Rain runs off and meets a man from her past who is the only one that has ever given her help and support when she needed it. Jet could have killed her years before when she spied on Spring Hill, the rival pack he belongs to, but he decided to befriend the frightened young girl instead. While not in continuous contact, they managed to remain friends without anyone being the wiser about it.

When Rain moved away, Jet found a mate in Garrett, also from another rival pack, Golden Branch. While both were already bonded, Jet couldn't bring himself to turn his back on his friend and so promised to mate her, too, much to Garrett's surprise.

Of course Rain's parents don't approve but have no choice and concede. The relationship between the two packs is strained and when people from both packs are discovered murdered along their borders, suspicion falls on Rain. Jet knows she's innocent but Garret's disbelief in her leads him to clues of the murderer and a plot he would never have guessed.

With such a tale, I would never have imagined that (A) it would end so quickly and (B) be so romantically hot! The entire mystery is solved over the course of a couple of weeks when I thought it would take months. But the fast pace kept everything in high suspense and there wasn't any real rest period for any of the characters - or me.

I especially like how Garrett comes around and multiplies the heat factor between Rain and Jet by ten. This shifter has more sides to him than anyone would expect and surprises even Jet at the end. The depths of this man make this story for me.

But still, I couldn't get enough of Turbulent Rain and was surprised (and maybe even disappointed, I could say) when I turned the page and found it was the end! I think I have found a new addiction and it is Cheyenne Meadows.

By reading any further, you are stating that you are 18 years of age, or over. If you are under the age of 18, it is necessary to exit this site.
Copyright © Cheyenne Meadows 2014. All Rights Reserved, Total-E-Ntwined Limited, T/A Totally Bound Publishing.

“Wolf shifter.” He mumbled against her ear as he nuzzled the area for a greater scent. “Young.” Another sniff. “And virginal.”