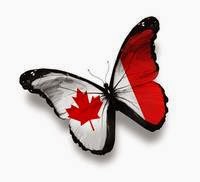 I'm an avid reader of smutty short romance reads with happy endings. I've just begun writing the type of stories that I would like read. I live in Toronto, Canada - there's no better place to be especially in the Fall!


It's a friends-to-lovers, first-time-gay story.

Review
My Rating: 4 of 4 Stars
(Based on the Short&Light Read Category)

This is so short and it was over so fast but it was so funny and uber HOT! I just wanted more.

My request is this: AJ Ridges,  if you could please write an expanded version of this, I would totally love it! I also want more scenes with Tim especially heheheeee

And I can't stop laughing! heheeeee

“I’ll bring the beer,” he volunteered, quickly as if afraid I might say no.

I wasn’t sure why he couldn’t watch the game at his own apartment, but I wasn’t about to pass up free beer. I may be a skinny nerd from the accounting department, but I was a skinny nerd on a budget. Free beer in exchange for suffering through a relative stranger's company for one night didn’t seem all that bad, in the grand scheme of things.

That is, before I realized that Tim was home. Apparently, he’d been here the whole time and from the increasingly loud moaning noises coming from his bedroom, it was obvious Tim had company of his own.

Fuck! This evening was quickly going from bad to worse.

Tim’s voice filtered down the hall to the couch where Ben and I were sitting at opposite ends watching the game. I cringed waiting for Ben’s reaction to the noise, but he seemed too engrossed in the game to notice. As casually as I could, I reached for the TV remote and hiked up the volume a few notches.

Fuck! I swore under my breath, quickly gathering the empties from the coffee table, making sure I clanged the glass beer bottles together as loudly as possible.

“You want another?” I practically shouted at Ben.

“Sure. Thanks man,” he replied, not bothering to look away from the screen.

I spent several minutes in the kitchen opening and closing drawers and slamming cupboards to add to the volume level in the small apartment space. My only saving grace was the knowledge that Tim’s escapades usually didn’t last very long. Hopefully he’d be done before Ben was even aware of the carnal activities taking place right down the hall.

I returned to the couch a few minutes later, thankful that the only sounds I could hear were coming from the TV and the loud boom of Don Cherry’s voice as he ranted about the game while dressed in another predictably flamboyant suit jacket.

Sadly, my reprieve lasted less than a minute, before the obvious sound of a bed-frame knocking furiously against the wall began.

Well, there was no disguising that, I relented.

“Fuck? Is that your roommate, bro?” Ben asked, clearly not quite as hearing impaired as I’d hoped.

“Yeah,” I mumbled, hanging my head in defeat.

“Fuck, your cock is so fucking big!”

I could clearly see Ben’s eyes bulge in surprise.

“Shit! He’s fucking a guy in there?!” Ben asked, incredulously.

I couldn’t blame him. When I’d first heard the sounds of Tim’s fucking through the paper-thin walls I was horrified. Not because Tim was gay. I knew that when we moved in together. It was because he was so loud during sex. It was like he wanted everyone to know he was getting his ass fucked by some random cock.

Eventually, I got over it with the help of ear plugs and a white noise making machine that I used regularly on weekends. Tim had always been that flighty friend you have a love/hate relationship with. Most of the times I loved the guy, he was smart, funny-as-hell and totally comfortable in his own skin. I respected that. We’d been friends since tenth grade. However, tonight was one of those nights when I wanted to wring his little neck. I’d give anything if he’d just shut-the-fuck-up.

“No. Actually, my roommate is the one getting fucked,” I replied, honestly.

“Are you serious?!” Ben asked, not bothering to conceal his shock.

“Afraid so,” I replied, knowing this was the part where Ben got up, took his beer, called me and Tim a bunch of queers, and headed out the door as fast as his big body could take him. It wouldn’t matter to him that I was straight or that Tim was an adult who could do anything he wanted in his own home. A jock like Ben would be horrified at the thought of two men fucking and leave.

To my utter shock, Ben did the total opposite of what I expected. He stayed put.

“He’s awfully fucking loud, bro,” Ben complained, picking up the remote and turning the volume up again, while settling back against the couch...

To get a chance to win an ebook copy of Just A Game, leave a comment below and don't forget to leave your contact email address.

We will randomly pick 2 lucky commentator and AJ Ridges will email them their ebook version of choice.