Annabelle Jacobs lives in the South West of England with her husband, three rowdy children, and two cats.
An avid reader of fantasy herself for many years, Annabelle now spends her days writing her own stories. They're usually either fantasy or paranormal fiction, because she loves building worlds filled with magical creatures, and creating stories full of action and adventure. Her characters may have a tough time of it—fighting enemies and adversity—but they always find love in the end. 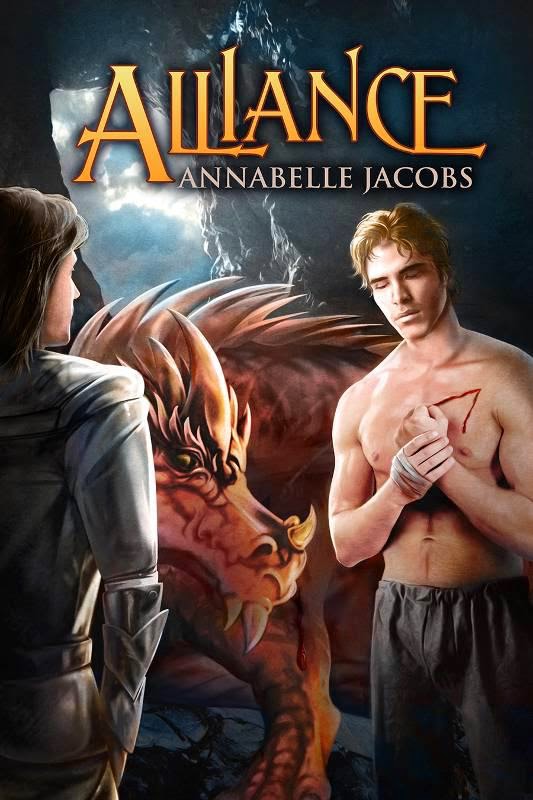 King Ryneq and his dragon rider consort, Nykin, return to Torsere to defend the kingdom against the lowland armies already camped along Torsere’s borders. Seran wants the dragons, and with a new witch in his ranks, war is inevitable.
With the elves of Hervath now helping them, Ryneq has a chance at holding Seran at bay. But the witch is using old dark magic, and as Nykin and the dragon riders battle her deadly attack, unexpected betrayal forces Ryneq to make a difficult decision.
Faced with the prospect of losing his kingdom, Ryneq gambles on a plan that could ultimately save Torsere, if they can stay alive long enough to see it through. With Ryneq standing against Seran and his witch, time is of the essence, and Nykin must make a sacrifice to end the war. Only then will Ryneq and Nykin be able to start a life together.

This is a story wrought with suspense, intrigue, action and heartache.

The finale to the Torsere series, author Annabelle Jacobs brings us back to the kingdom of Torsere where the young King Ryneq finds himself returning home from the back of the dragon Fimor. However, it is not a joyful homecoming for he and Nykin return with fear in their hearts: Seran's army is at their gates and the inevitable war is at hand.

There is a glimmer of hope on their side for elves are there to help them out. However, the witch they face has knowledge of the dark arts that involve both dragon and elven magic and it is unfortunate that the time of peace had given way to the forgetting of some knowledge that may harm both. The witch of Seran has this knowledge and is not hesitating to use it and it is causing death and mayhem.

Ryneq is at his wit's end, torn from the acceptance that Nykin has to go to war from the front lines with the other dragon riders sworn to protect the kingdom while wanting his consort to stay safe with him. Torn that he knows he has to protect his people and knowing that should the dragons fall to Seran's whims, the world as they know it would end.This is the finale and it is a bloody one. Friends, new and old, fall to a magical war and sacrifices are made to save others.

I really felt for this read not only because of what Ryneq and Nykin had to go through, but for what the others had to do to win a war. It is a bloody one that caught me by surprise, even if I knew that war would eventually end in deaths. It is a tense read for the suspense does not let up, even to the very end.

I am sad this is the end, but I am glad that Ryneq, Nykin and the dragons will have the end they all deserve and worked hard for.


To get a chance to win an ebook copy of Alliance (Torsere #3), leave a comment below and don't forget to leave your contact email address.

We will randomly pick 1 lucky commentator and Annabelle Jacobs will email them their ebook version of choice.