eARC Review: Mister Black and Scarlett Red (In The Shadows 1 & 2) by P.T. Michelle

New York Times, USA Today, and International Bestselling author of the IN THE SHADOWS and BRIGHTEST KIND OF DARKNESS series

Sign up for P.T. Michelle's free NEWSLETTER to be instantly informed when the next BRIGHTEST KIND OF DARKNESS book is released. Go here to sign up: http://eepurl.com/jriS9 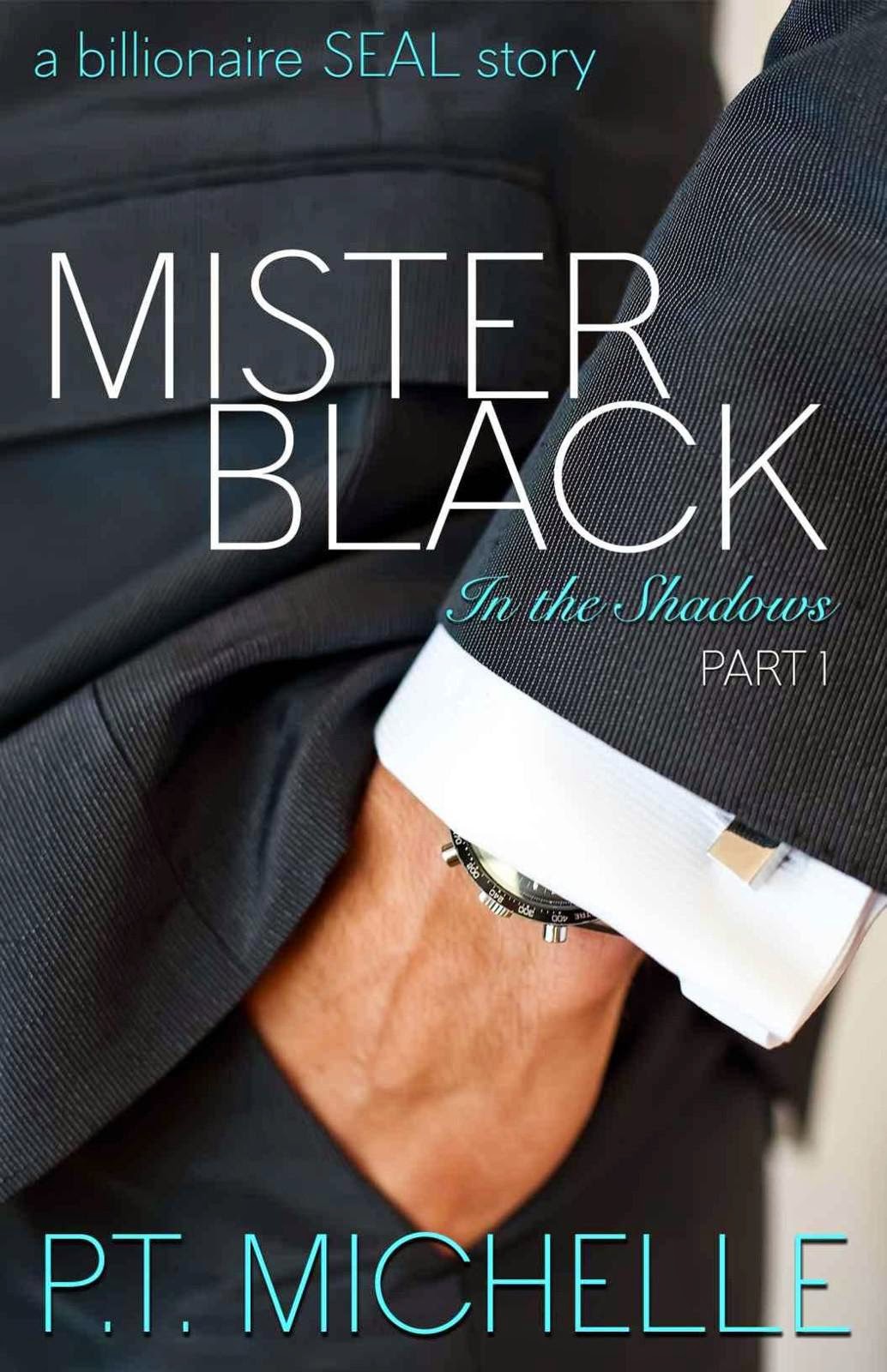 Mister Black: A Billionaire SEAL Story (In the Shadows #1)

Mister Black: We all have someone who crossed our path and fundamentally changed us. That one person who blew through our lives, their presence forever stamped on our psyche. They linger in our thoughts, in our hearts, and in the decisions we make. A soul crusher or a dream maker, depending on the perspective.
My person is Mister Black.
I didn’t know him by that name when I first met him.
I didn’t know him at all, but the impression he left behind was just as powerful as the name I call him today.
He is Black: a deadly enforcer and masterful seducer.
I am Red: a justice bleeder and willing participant.
Together we are passion. Colors colliding through each other’s lives.
When our secrets converge in a passionate encounter, stepping out of the shadows just might be worth the risk. 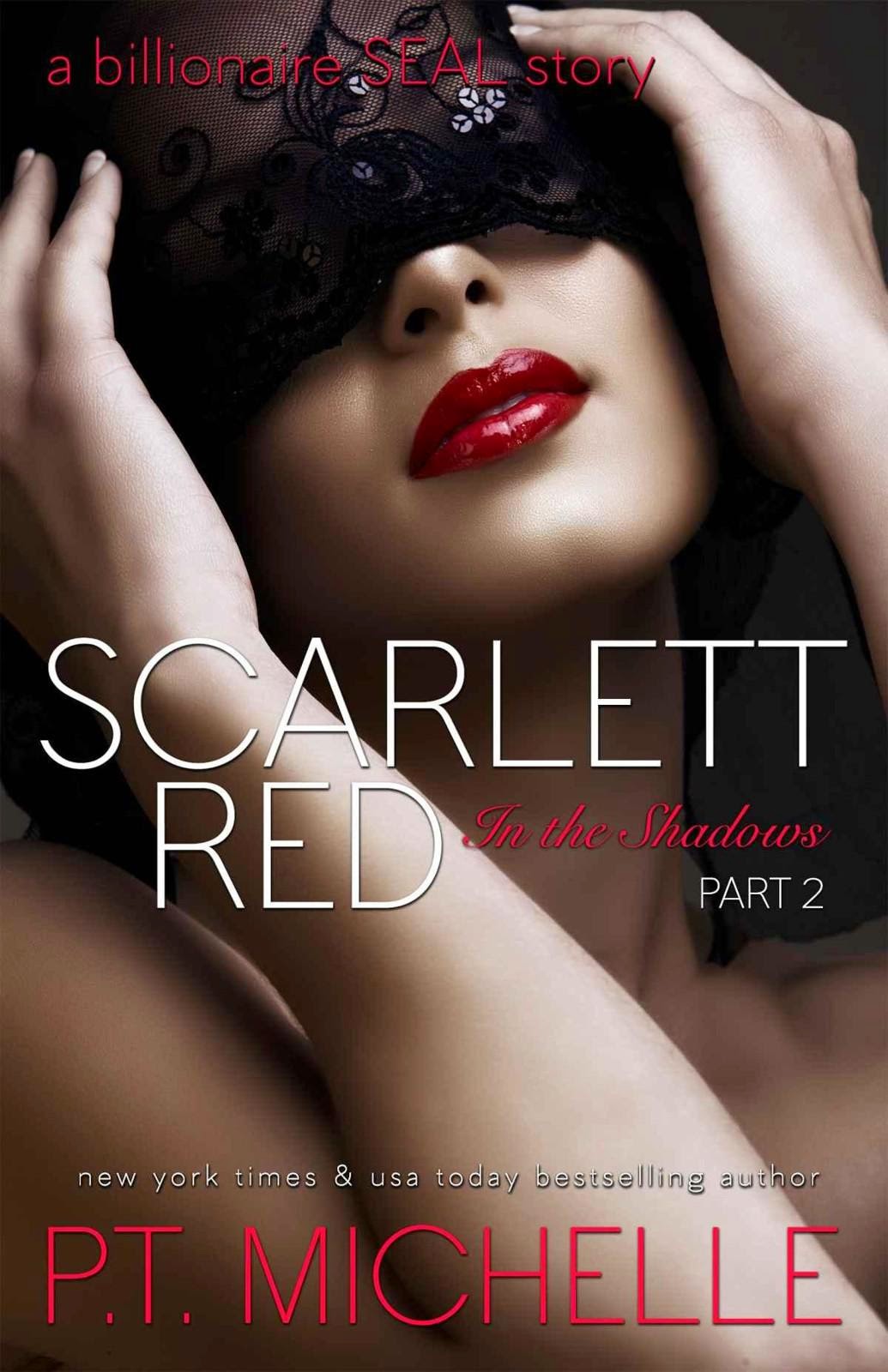 Scarlett Red: A Billionaire SEAL Story (In the Shadows #2)


Scarlett Red: Mister Black swept in and out of my life like a tornado, leaving me twisted up and forever changed in his wake.
And now that my life is finally back on track, I need to move on, despite the many reminders of our time together.
But our pasts are only as far away as the shadows we hide behind, and sometimes those shadows grow darker, converging on the present in the most insidious way.
He is Black: a stealthy hunter and rainbow master.
I am Red: a truth seeker and desire keeper.
Together we are obsession. Passionate colors destined to be drawn together.

Review by Ramona
My Rating: 5 out of 5 Stars

The series In The Shadows has reminded me, yet again, never to judge a book by its cover. P.T. Michelle has done wonderful work with Mister Black and Scarlett Red, however, so I don't mean that the books are clunkers. It's a good surprise - the covers are arresting and tastefully done while the storyline holds your attention in the "give me more" kind of way.

The story centers around Scarlett, a woman who wrote her way out of poverty with the sole support of her aunt. Beautiful, brainy, and tenacious, she's the ideal investigative reporter and mystery writer all in one. Her upbringing in a more dangerous part of the city is a totally different story. Forced to commit crimes while exposed to abuse, she doesn't know how she'll survive. Then one day she loses everything important to her. In an attempt to escape the pain, she runs into Blackie, a contradiction of a streetwise teen in a BMW. Strange that she feels safe and secure with him. Stranger still she can trust he won't take advantage of her. He does help, in more ways than she imagines, but he also leaves her with an unforgettable impression that no other man can hope to live up to.

Blackie, Mister Black when he is older, can't understand what draws him to this woman. She seems familiar, like someone he should protect, but why? He doesn't know her at all. He's willing to risk everything to keep her safe but, other than that undeniable sexual attraction, refuses to enter any relationship that would tie them together. He'd been rejected and accused one too many times, lost too much, why should he chance being hurt again? Yet Scarlet, or Red, or T, pulls him to her despite himself. It's a combination bound to blow up sooner or later.

By the second novel, Scarlett has made a name for herself and attracted notoriety of a dangerous kind. There's a serial killer on the loose who prefers redheads who look somewhat like her. By chance, she meets Mr Black again when he's (unknown to her) assigned as her protection detail. What happens next is something neither of them were able to predict.

This is another terrific example of a hot story with an actual plot in it! I love how the mystery is at the forefront (both with the crimes and with the couple themselves) and the sexy stuff happens at a logical time, not just because either of them refuse to leave their clothes on. It's something that's more realistic and I do appreciate a male who knows how to keep his pants on! The erotic stuff serves as a backdrop instead of the focus. Don't get me wrong, though. Sexual tension arcs all across the pages. It's just a perfect balance for me.

Mister Black and Scarlett Red are only the first two parts of a series of three. P.T. Michelle left me with a real cliffhanger at the end of the second installment so I do hope that Blackest Red is going to be released soon. I have to know what happens!