Thaddeus J. is originally from West Palm Beach, FL and currently resides in Orlando. He tells stories that are contemporary, and stories that focus on the lighter and sometimes funnier aspects of gay romance. Between engineering school and writing for pleasure, Thaddeus J. also finds the time to work in a high volume bakery. Always welcoming of comments, Thaddeus J. can be reached at theups76@gmail.com and @AuthorThaddeusJ. 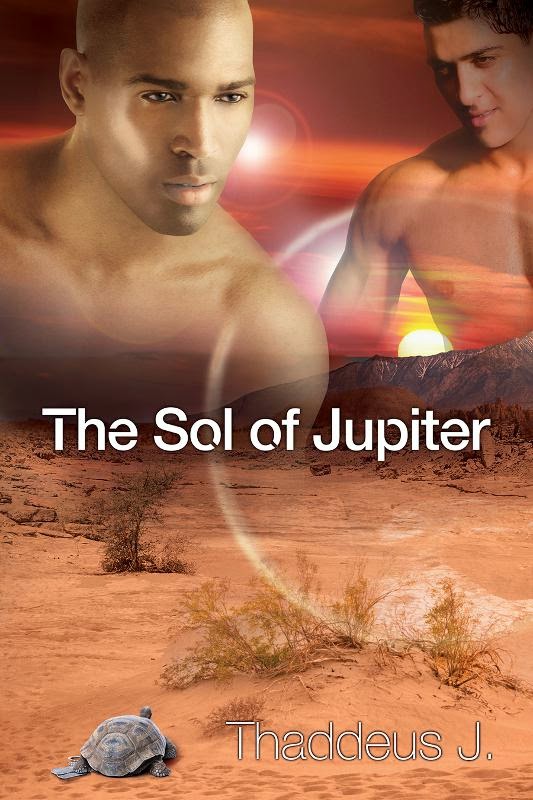 Turner Michaels is an idealistic junior enlisted communicator who wants nothing more than to successfully execute his duties. After being transferred to a light armored reconnaissance unit in the middle of the Mojave Desert, the young Marine starts to feel a bit overwhelmed and out of place from his usual role of support— until he is reunited with his old friend Jace Sozio.
Jace is impulsive, headstrong, and loyal to a fault, but carrying a chip on his shoulder and keeping others at a distance is easier than being true to himself. Reconnecting with his closest friend from basic training might be simple, but the intense yet awkward attraction growing between them complicates both their personal and professional lives.
Can devotion and honor be stronger than bigotry and misperception? The Corps has always been a sacred brotherhood where men and women trust each other with their lives—but Turner and Jace will have to find a different way to fit the General Issue mold.

I can never resist any story involving about any branch of the military (forgive the civ so mea culpa, k?) and when the author offered me to have a go for a review on a book involving the military boys, I could not say no. Now, before I go forward with the review, let me just clarify that yes, I thought this was sci-fi but as soon as the first chapter opened and I read that it was set in Jupiter, Florida? Let's just say, I had to quickly shift my brain gears.

This is a story about two marines who became fast friends in basic training and eventually found each other once more. This time, however, the feelings they feel about each other are no longer just purely friendship-platonic. As each  man try their best to hide their undeniable attraction with the other, relationships with their other friends get affected. Now, this is not so strange a plot as anyone who has close friends can relate to conflicting emotions and resistance coming from friends or relatives when some other individual comes in between the good times and the beer. When this happens, especially within a military camp at the height of DADT, things can get a bit difficult.

As the friends and hopeful lovers try to sort out their difficulties, so do their officers. Usually, when these plots are written, how the officers feel or react to a fraternization of the heart between their men are never even considered as part of a developing story. In this case, the author included their observations, their thought processes, and how they dealt with the subject matter. Mind you, this is pre-DADT, so all that meant then was immediate discharge. However, have anyone thought about how all those men and women came out of the wood works once that dratted law got the boot? Not everyone had officers or brothers in arms who felt it was their right to reveal. In Turner and Jace's case, they had difficulties, yes, but they also had people around them who verbally or wordlessly supported.

Now this is a simple story, but I have to be honest and warn other readers: this is not a simple story to read. For one thing, this is a purely military novel and the terms used, the weapons mentioned, the drills done and the assignments made ~ these are all written as only someone with a military background, or at least a grasp of it, in mind. Personally, I had no problem for I am very familiar with this world, but I honestly worry about those who are not. What I can advise is: take the leap and learn while enjoying the reading of a good romance unfolding!

Secondly, this is not erotic, not in the least! Yes, this is written by a man but there is nary a read here that screams erotica and personally? That is why I loved reading this story. The absence of said scenes made the story develop clearly and surely. (Don't get me wrong though: there is sex! just none of the mambo tango in bed type.) There was absolutely no question that Jace and Turner had a lot to deal with. They were caught in circumstances neither could control and they did fight their attraction. Thing is, Eros hardly misses when he shoots and so the men could neither run nor ignore their love for the other.

What I found off really was, surprisingly, the editing. Yes, I who almost always ignores that step find that this book could have deserved a better work in terms of editing. The shifting POVs was not the problem, it was actually the punctuation marks!

Overall, this is a great read and it successfully plays with readers' emotions. The anger that develops at their circumstance, the frustration felt at their stupidity, the sigh of relief felt when they both eventually sort things out with each other, friends and family; these were all so well written it was hard to remember this is pure fiction. For me? That screams for a great writer in the making.

To get a chance to win an ebook copy of The Sol of Jupiter, leave a comment below and don't forget to leave your contact email address.

We will randomly pick 1 lucky commentator and  Thaddeus J.  will email them their ebook version of choice.