A native Texan, Bailey spends her days spinning stories around in her head, which has contributed to more than one incident of tripping over her own feet. Evenings are reserved for pounding away at the keyboard, as are early morning hours. Sleep? Doesn't happen much. Writing is too much fun, and there are too many characters bouncing about, tapping on Bailey's brain demanding to be let out.
Caffeine and chocolate are permanent fixtures in Bailey's office and are never far from hand at any given time. Removing either of those necessities from Bailey's presence can result in what is known as A Very, Very Scary Bailey and is not advised under any circumstances. 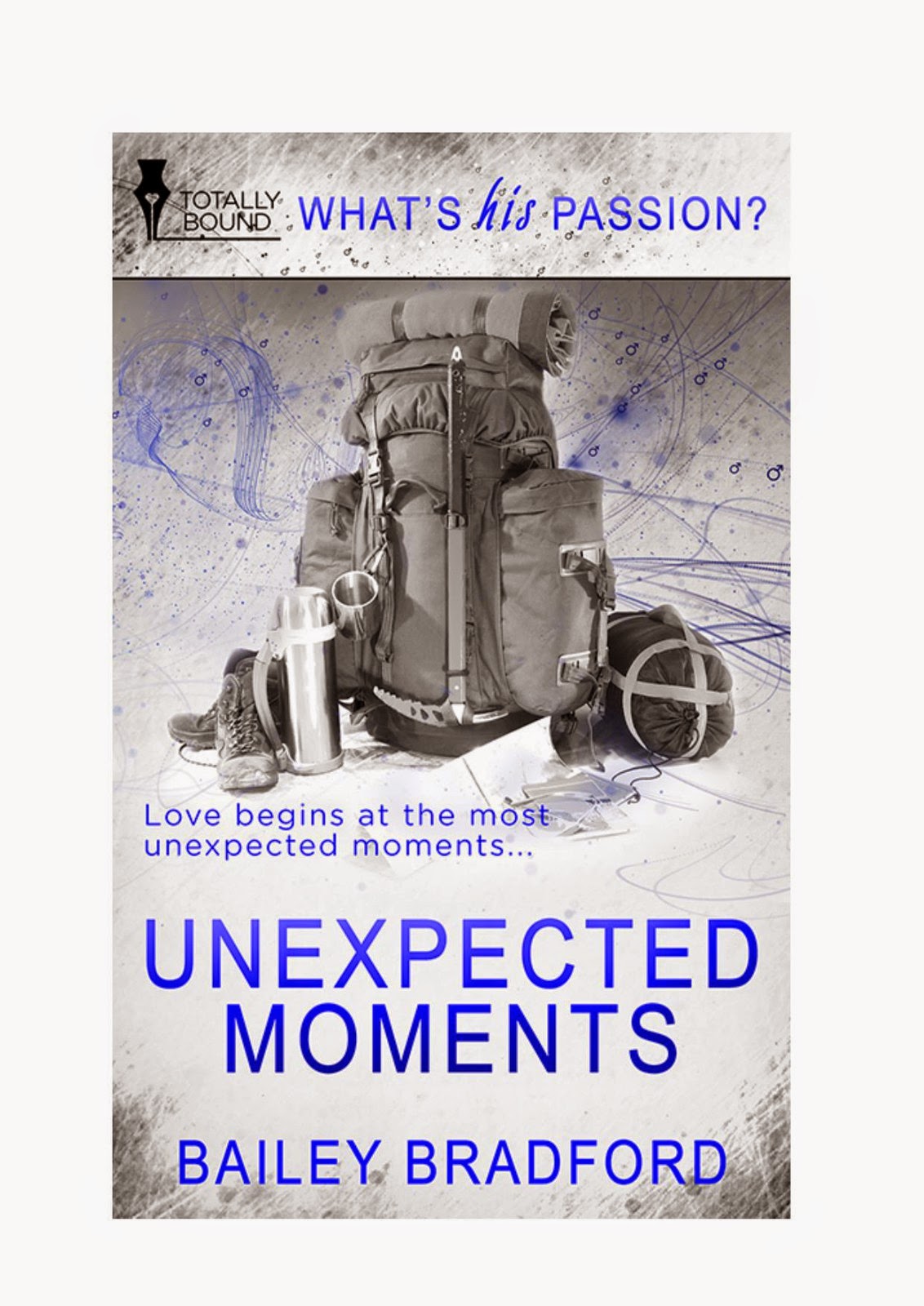 By reading any further, you are stating that you are 18 years of age, or over. If you are under the age of 18, it is necessary to exit this site.
Copyright © Bailey Bradford 2014. All Rights Reserved, Total-E-Ntwined Limited, T/A Totally Bound Publishing.

Although this reads as a standalone, there is enough of a back story for one to realize that this is a followup story. It is quite obvious that Carter and Eddie knew each other before this book began. That they had had a sexual experience shared they both could not forget. That their first date at the beginning of this book is actually an attempt to find out if their initial sexual connection could cross over to a relationship that they may both be hoping for.

Carter is truly a sexual individual but he is also someone who wants to have a life that may extend to a domestic one. Seeking is not the problem, having a relationship with just one is. You see, Carter wants a third in a relationship and not everyone is open to that idea. At least, not until Eddie.

Eddie was falling hard for Carter but he also knew the man's needs. True, he knows having a third can be problematic, but with communication and a whole lot of trust, it could happen and has happened countless times. All he wants to make certain is that all three parties be faithful to each other. Absolutely nothing happens without all three involved and definitely, no cheating. Now all Carter and Eddie had to do is find the right third.

Dare has had a hard life but now he is a successful micro brewer that is fast becoming famous around their area. However, despite all of his success, his past is still a painful issue and his body issues cause him to leave off from socializing. When he meets Eddie and Carter at his brewery tour, he feels an instant attraction and hopes that the men would accept him, body issues and all. Oh, but what about the fact that getting involved with the men may mean a menage? How will his mother accept this?

As Eddie and Carter woo Dare into their relationship, it is clear that all three men are slowly falling in love with each other. When Carter's past comes between the three men and attempt its best to destroy not only their comfort but lives as well, the three men unite unexpectedly. Now it is not just the stalker that can destroy them, the revelation to the families can result to more trouble.

This is definitely an ongoing story as where this ends, it leaves me to wonder on what happens with the three men. As it is now, they are all living separate even if they do manage to get together as often as they could. There are issues of their jobs, careers and business. For Eddie, he want to move where Carter and Dare are, so he is looking for work nearby. For Carter, he is no longer happy working for someone, he wants to get into business on his own. For Dare, well, he is in the process of rebuilding. What happens next? I don't know.

I want to know more.